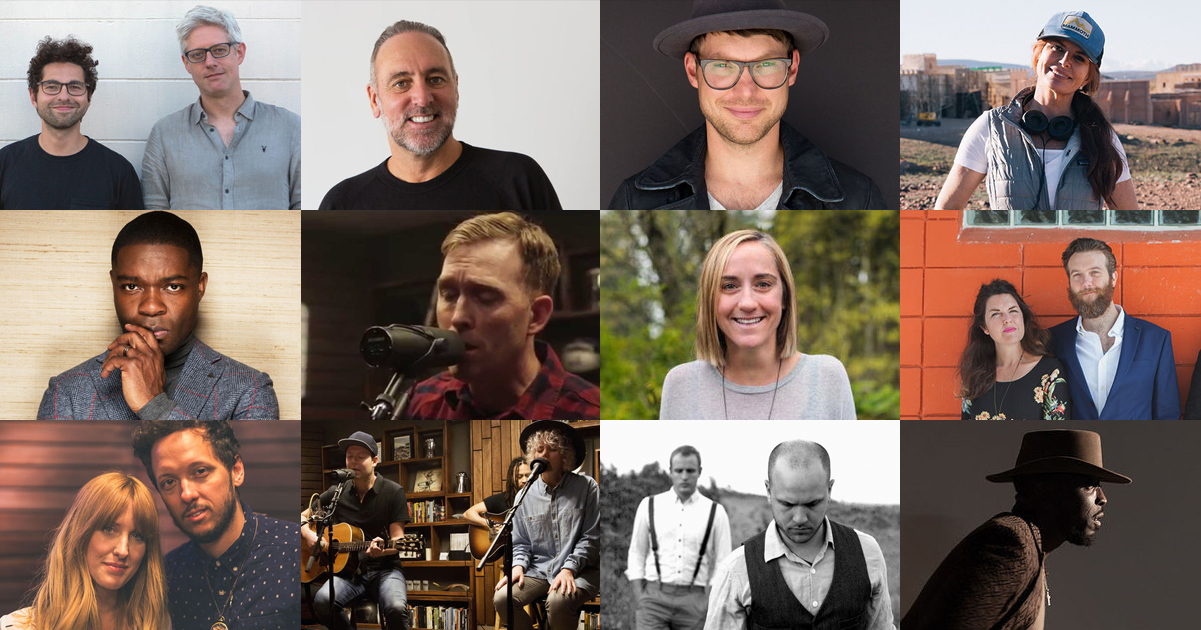 There are all manner of misrepresentations of what Christianity is and who Jesus was and is. Some seem obvious, but others are more subtle.

Jefferson Bethke wants to help set the record straight. In his new book, It’s Not What You Think, the author and evangelist tackles some of the areas Christians may need to rethink—pointing back to Jesus’ example in Scripture.

We talked to Bethke about the book, why getting back to our core identity changes everything and how Christianity is so much bigger than we tend to think.

What made you want to write this book, It’s Not What You Think?

I was really digging deep into context and what the world of Jesus looked like. What did the Roman world look like? How did that influence Jesus’ words and the disciples? Every time I would come across a lot of that, it would really light up the Bible to me.

My premise is really entering the world of Jesus to understand the words of Jesus. Each chapter is a big idea I think we’ve kind of muted or lost or turned black and white, whether that’s Sabbath or Kingdom or Temple—concepts we basically have flattened that were very pivotal to first century believers and Jesus Himself.

What might it look for Christians to present a more accurate expression of faith and depiction of Jesus?

I think a huge way to get away from it is to really fight hard to depart from individualized Christianity. The more I read the Scriptures, the more I see that God’s vision for humanity is to not to get a bunch of people saved, but it’s to make a new family. You know, Adam and Eve had this mission and they failed. Specifically, Abraham becomes this really iconic figure of [the idea that] God’s going to put the world back together through a family. That’s the Promise. That is God’s way to restore the world.

It’s not like everyone is always going to get it perfect. Are we constantly, every day, coming to the Scripture as something above us and letting it define us and push down on us and weigh on us? Or are we coming to it and saying, “I’m going to let my worldview, my lens, my life inform this and really shape it”?

In writing and researching this book, were there any big surprises for you in what you discovered as opposed to what you learned through growing up in Christianity?

There’s so much weight in the Scripture that we kind of just have muted. One that’s really personal to me is, I grew up with kind of the Gospel bracelets, where it has the five colors and it’s this easy way to communicate the Gospel. If you look at those bracelets, the whole Gospel presentation we’re using the bracelets to communicate is that it starts with sin—black is the first color on the bracelet.

Well, that’s just not the narrative of the Scripture. I think if Christians get Genesis 1 and 2 right, it changes their faith. It’s the most misunderstood and also the most needed in the Church right now. Because yes, there’s sin, but the better story, the bigger story, is Shalom and God’s vision for the cosmos including us—that we’re image bearers, that the first voice over us was not condemnation but was a voice of love and joy.

When you start there, it’s a whole different story. If you start with sin or if you start with image-bearer of God, that really puts you on a very different trajectory. The way I put it in the book, which I’ve heard pastors talk about before is, “Are you are Genesis 1 or a Genesis 3 Christian?” Meaning are you primarily defined by sin or primarily defined by your identity in God as an image bearer? Sin comes and fractures everything and you can’t be put back together by yourself, but the story is bigger and better when you start in Genesis 1 and 2.

Why do you think starting with that image-bearer identity is so important, and how do we grab hold of that as Christians?

I talk about the really beautiful juxtaposition of Yahweh and Pharaoh in Exodus. Pharaoh is very much this God of demand, a “god of commodification”—meaning you’re not a person, you’re just here to produce, so I can squander you or whatever because I want to get really what matters, and that’s the stuff.

But Yahweh calls them out slavery. And really, the Torah, and also the Commandments after the Red Sea, have a really beautiful aspect of the opposite of the pseudo-God that Pharaoh was in their rearview mirror. God lays this down pulls them out slavery and then He starts saying, “This is My vision for us.” You have to understand that God is pursuing loving. He’s the initiator. He’s coming after you. He’s rescuing you from slavery. Then, you can say, “Let’s talk about this. What’s the vision for my life. What are the commandments, the statutes, the rules that set me up to live as a worshipful human worshipping God?”

Identity has to come before activity, and anytime those get flipped, that’s a dangerous place to be. That’s where exhaustion happens, burnout happens, a lot of condemnation happens, because you put yourself on the treadmill of life—and it’s really hard to get off treadmills without turning it off. We have to remind ourselves that it’s about identity first, then activity.

I saw a talk you did about how God enters into our pain, and you touch on that in this book, too. Could you talk about that a little bit?

The cross is such an upside-down paradigm. It’s earth-shattering. I think it was Eugene Peterson or John Stott who said, “We don’t know exactly why there’s evil in the world still, there’s a mystery to that, but the cross gives us the necessary vantage point.” The cross shows that our God is the only god who enters into our world, enters into our pain, our suffering.

I got hung up on the problem of evil and suffering for years, where in reality, even if I got a perfect answer—which doesn’t exist because we’ve been debating for 2,000 years over that question—it wouldn’t take away pain. It might give me a mental peace, but it doesn’t take away pain. But what really eases the pain or brings you that anchor is knowing that God’s right next to you in the middle of it, in the thick of it. And actually, He has gone before you. He knows what it’s like and He’s victorious. He’s coming out of the grave, and there’s a new world and a new life that we constantly, moment by moment, can step into.

So when people read this book, what do you hope they walk away thinking about and feeling?

I really want them to feel like Christianity is bigger, better, more joy-fulfilled, more celebratory and even a little bit more mysterious than they’ve ever thought. Sometimes, we get almost bored or disenchanted with our worldview of Christianity, because it’s kind of a flimsy version. I feel like, really, that this life matters, meals matter, how you treat your wife and kids matters, your finances matter—because we’re showing that we’re new people, and “Your Kingdom come on earth as it is in heaven.” That gives a vibrancy and almost a spine to Christianity. So that’s what I would hope, that [readers] would realize how much bigger of a story it is and that it’s so compelling and God’s really wooing us day by day into His new world and into His love.

God Doesn’t Care How Big Your Platform Is

Why Don’t Christians Talk About Sex After Marriage?