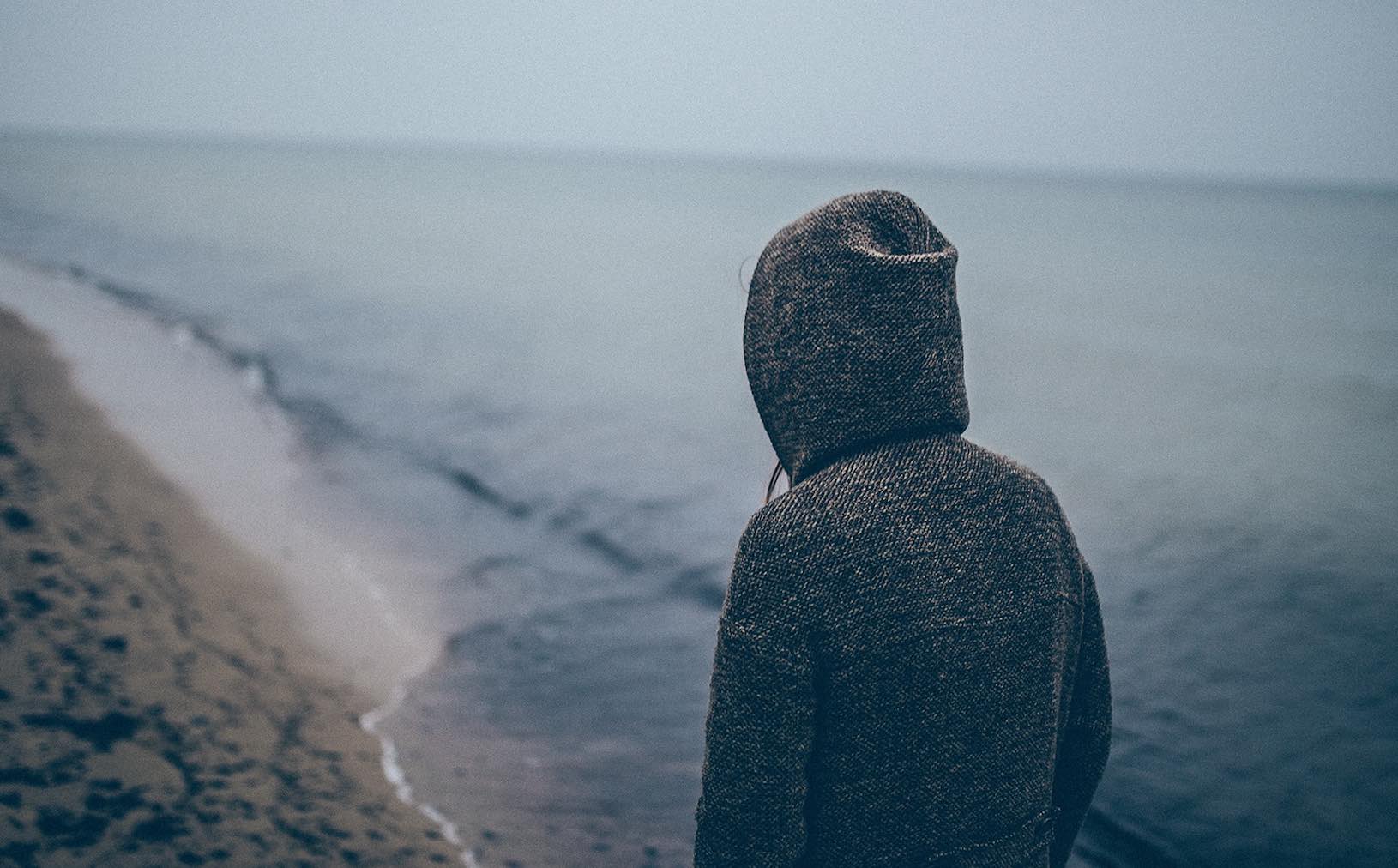 I was sitting on a hillside in Israel when I first believed God loved me.

I spent a good portion of my early life in church. My mother tells me I attended my first service when I was no more than two-weeks-old. After that, I was there for Sunday School, Sunday morning worship, and Sunday evening worship as well. I was right back in the pew on Wednesday for our mid-week “prayer meeting.” During at least one week each year, I attended church every night of the week during our annual revival services. If I went to camp, it was church camp, where mid-morning chapel and evening services were daily requirements during the week.

And yet, I somehow missed the message that God loved me. Instead, I became convinced that God was a harsh task master who was ready to punish me at a moment’s notice. God, I suspected, was disappointed in me even in my best moments and filled with burning wrath for me in my worst.

Just as the hobbits Frodo and Sam hid from the Eye of Mordor in J.R. Tolkien’s The Lord of the Rings, I spent my childhood hiding from a terrifying, angry God.

As a teenager, I sank into the depths of despair. I thought about taking my life… a lot. One Sunday afternoon I could face my perceived worthlessness no longer. I dug through the bottom of the bathroom linen closet and found an old hard plastic box of razor blades. Then, I turned out the bathroom light and crawled into the shower to end my life.

But God foiled my plans.

No matter what I did, the box of razor blades would not open. Sobbing in fury, I stumbled from the shower and over to the toilet where I slammed the box down onto the porcelain top of the tank over and over again in an attempt to break it open. It barely sustained a scratch.

Exhausted and utterly defeated, I threw the box into the bottom of the linen closet in disgust. I remember looking down at it as it lay in a tumble of old sheets and worn out bath towels and thinking that I couldn’t do anything right, not even take my own life.

Then I looked down at my watch, wiped my tears, splashed some water on my face, and took a deep breath.

It was time for church. If I was late, I would pay for it.

After all, my father was the pastor.

Twenty years later, I found myself sitting on a hillside in Israel. An ancient stone wall was beneath me, a pale blue sky above me, and a lifetime of condemnation and shame was wrapped around my soul. A valley stretched out below me, soft and beautiful under the rays of the setting sun, as my guide and teacher, Dr. James Martin, read from a verse of scripture that had always haunted me like no other.

“About three in the afternoon Jesus cried out in a loud voice, “Eli, Eli, lema sabachthani?” (which means “My God, my God, why have you forsaken me?”) Matthew 27:46 niv.

Even as a small child, I just couldn’t understand it- How could God turn away from His only Son as was suffering and dying on a Roman cross? If God could reject Jesus in a moment like that because He was too defiled with the sins of the world, what hope was there for me?

But Dr. Martin explained there was something else happening in that moment, something that was readily apparent to Jesus’s followers when they heard Jesus’s cry from the cross. There was a deeper truth at play that I, removed from the moment by infinite differences in culture and time, could not have imagined.

Dr. Martin explained that Jesus was using a well-known Semitic teaching device called a remez. A “remez” is a hint, a cue to look back and remember something one has already learned. In this case, Jesus was pointing his followers back to Psalm 22 by quoting the first verse of the Psalm.

Psalm 22 begins in despair, but it doesn’t end there. After the Psalmist initial cry of, “My God, my God, why have you forsaken me?” he begins to remember that God has cared tenderly for him from the moment of his birth. Finally, in verse 24, he realizes his initial belief that God had forsaken him wasn’t true at all-

“For he has not despised or scorned
the suffering of the afflicted one;
he has not hidden his face from him
but has listened to his cry for help

This is what Jesus was telling his disciples as He used a “remez” to point them to Psalm 22. In essence, He was saying, “Look, I know this looks bad. I know that as you watch me suffer and die it must seem like God has stepped out of the picture, but that isn’t true! Remember Psalm 22? My God is right here with me. He hasn’t left me in my suffering, not for one minute. He is so very near. So, my friends, have hope. This is not the end.”

When Dr. Martin explained this, I thought- Maybe I have had it all wrong. Maybe God does love me after all…

This is what I hope you find in the pages of my book, Advent: The Story of Christmas (Dayspring 2019). In the years since I returned from Israel, I have eagerly researched the history, culture, and geography of the Bible. Through ancient Egyptian reliefs depicting Semitic people arriving in Egypt to buy grain during times of famine, I learned what Joseph’s brother’s clothes, hair, and weapons like. The archeological discovery of tiny, beautifully preserved dioramas in the tomb of an Egyptian nobleman revealed what day to day life was like for the Israelites during the long years they suffered under the yoke of Egyptian slavery.

As I studied the migration of Abram and Sarai, I traced their most likely routes along maps of ancient roadways in Palestine and in the Fertile Crescent.

Sometimes, the things I discovered shocked me. Imagine my surprise when I realized that much of the information in the Christmas Pageants of my childhood was drawn not from scripture, but from a Christian novel. The Protoevangelium of James was written by an anonymous author around 200 A.D. who most likely had never even been to Palestine and therefore, did not understand the culture or geographical background essential to the story!

There were days I spent wrestling with the stories I had always heard as they conflicted not only with cultural background, but sometimes the scriptures themselves. For instance, I was told that Jesus was a two-year-old toddler when the wise men came to visit, but we know Mary and Joseph were far from their home in Nazareth, and Joseph’s livelihood, when Jesus was born in Bethlehem. It would have been impractical and unreasonable for them to linger in Bethlehem for two years.

Additionally, Luke 2:39 clearly tells us that once Joseph and Mary had done everything required of them by Levitical law following Jesus’s birth, they returned home to Nazareth. Mary and Jesus’s time of purification would have been completed in weeks, not years. Even if we allow some additional time for Mary to fully recover from childbirth before making the long journey back to Nazareth, Jesus would have still been a baby when the Wise Men arrived.

The hours spent in research have been sweet ones for me, but I understand that not everyone enjoys reading archeological reports, or books on the culture and history of the Bible. This is why I have taken all I have learned and turned it into narrative. It is my hope that by wrapping these truths in the power of story that my readers will discover that God loves them more than you ever imagined. This Advent season, we will journey together from Eden to Jerusalem, following the scarlet ribbon of God’s great redemptive plan as it is drawn throughout the annals of history by ordinary men and women.

O Come, O Come, Emmanuel. Our hearts long for You…

Adapted from Advent: The Story of Christmas by Sherri Gragg (Dayspring 2019).