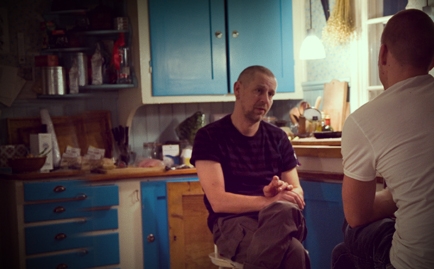 Ever since I re-found my faith at the end of my teenage years, I’ve had a group of friends whom I hold dear but who do not share my beliefs. We’ve been through life together; we’ve leaned on each other, annoyed each other and been brutally honest with each other.

The last time we hung out, we went around the table sorting out what we saw as each other’s big issues: Andy’s singleness, Liam’s frustrations, Vincent’s work-life balance, my faith. When it came to my turn to take part in the ritual, they wanted to know why I’d been so keen on trying to convert them all those years ago.

“And why did you stop?” asked Vincent.

I’m not sure if I really answered his question. I said something about valuing their friendship, that our relationship was not dependent on their subscribing to my particular set of beliefs. The next question finished me off:

“Why would you want to convert us anyway?”

It was Liam this time. Why would I want to convert them? This was like a double Christmas for a budding evangelist, the ultimate opportunity to deliver the truth, close the deal and move on to the issue of tithing before the coffee came ’round. Inside I felt the pressure, the temptation to believe that if I just got the combination of words right, if my answer was pitch perfect, then the boys would be weeping with the joy of salvation within minutes. Of course, I knew that it isn’t that simple, that clever words and neat illustrations are not the magic bullet for the yet-to-be-converted. But I still gave it my best shot:

“I suppose that when you’ve found the secret to everything good about life, you want to share it with people you love.”

After two seconds of shrugs and vaguely appreciative nods, the topic was over. I savored my disappointment for a fraction longer, and then shelved it. But the questions remain with me today. Why do they still not believe? Why do I still get tempted into thinking I can persuade them into faith? Why is my friends’ skepticism about Christ so much fiercer than mine ever was?

Is it my fault? Having seen me for all my failings, has it been my lack of integrity that has kept them at arm’s length from faith? If I’d been a better Christian, would they have been more intrigued?

I’ve been looking in the Bible for answers. I like the book of John, the way he narrates the story of Christ’s life. They say John’s main aim in writing was to help people overcome their disbelief, that, in the writer’s own words, “you may believe that Jesus is the Messiah, the Son of God, and that by believing you may have life in his name” (John 20:31, NIV). And so it seems to me that John pays particular attention to the way in which people responded to Jesus.

In chapter 6 we encounter the only miracle recorded in all four of the Gospels, the feeding of the 5,000. Having trailed Jesus over the mountainous terrain and eaten their free meal of bread and fish, the suitably impressed thousands cease to become a crowd and morph into a bunch of followers. The significance of this major step in their lives cannot be overstated: They’d met with God and had decided to follow Him. Yet the story is far from over, and their commitment to the cause is yet to be tried.

Their decision to follow Jesus is based on their assumptions about who He is. “Surely this is the Prophet?” they quiz, quoting the ancient Scriptures. If they’re right, then Moses had a clear instruction for them: “You must listen to him” (Deuteronomy 18:15). So it seems things get off to a good enough start, and John is clear that these random few are on their way toward becoming true followers by asking searching questions as well as getting themselves into positions where they can see and hear Jesus. If there’s a sliding scale pinned that has disbelief at one end and conviction at the other, it’s kind of exciting to see these people move along in the right direction before our eyes.

Of course, Jesus knows exactly what it is that they need, and it’s not another fishy roll. Nor is it another dose of healings, no matter how important and good they are. And it certainly isn’t a genie in a bottle, a Disney servant who could meet their every whim without demanding anything more than warm feelings and pleasant smiles in return. What these people need is faith. They need to believe in the God who is behind the most vital and essential nourishment we can ever hope to get. They need to get over themselves. They need to get over their skepticism that tells them what Jesus isn’t and open up their minds to what He is.

Why You May Need to Rethink Your Summer Mission Trip

So Jesus spells it out: "I am the bread of life. Whoever comes to me will never go hungry, and whoever believes in me will never be thirsty. But as I told you, you have seen me and still you do not believe. All those the Father gives me will come to me, and whoever comes to me I will never drive away. For I have come down from heaven not to do my will but to do the will of him who sent me. And this is the will of him who sent me, that I shall lose none of all those he has given me, but raise them up at the last day. For my Father’s will is that everyone who looks to the Son and believes in him shall have eternal life, and I will raise them up at the last day” (John 6:35-40).

Get the picture? Jesus’ choice of words reinforces the essential truth of His explanation: this is not about actual bread. All that matters is Jesus. He is at the center of the puzzle, the answer to the questions, the source of all we ever need, not just for our bodies, but for our souls as well. It’s about way more than the physical things in life, regardless of whether those things be miraculous signs or tasty snacks. It is simply about taking a risk, about forming a relationship, about falling into line behind, with and in Jesus.

I used to think if I could just get non-Christians to church, then all would be OK. If they could just get up close enough to have a bit of God’s presence rub off on them, then surely the deal would be done. Of course, it never worked that way. Playing the occasional song or telling a story about the odd miracle is not enough. Nor can we expect to get the results we fancy from simply plonking people down in front of a decent speaker or halfway-entertaining evangelistic movie. Being in front of someone talking about the Truth counts for nothing if the listener remains a part of the audience.

There are tides of skepticism within us all. Some are stronger than others, some weaker. At times these waves keep us from home, far from the shore on which we will find safety and security. There are times when the waters drive us toward our God, when skepticism helps. But for now it is time to pause and ask this: If skepticism was overcome in the disciples by abandoning themselves to a belief based on a relationship with Christ, how does that work for us today? How does that work for my friends and yours, the ones who have heard all the arguments, who know of the miracles yet who still remain bound by a belief that God is simply not for them? How do we play a part in the way the Spirit warms people’s hearts to God? How do we move on from here?

Remember that old Joan Osborne song? “What if God was one of us?” That "if" killed me. How badly have we failed when the idea of God being personally involved in our lives is little more than a three-minute bubblegum daydream? We can do better than this. We can show compassion and commitment to those with the big ifs, while at the same time leaving conversion up to God. We can do better than leaving people with their questions unanswered by the silence. We have to do better.

This article originally appeared in RELEVANT.

Fear of Cholera Outbreak in Port-au-Prince

Your Story Must Be Told