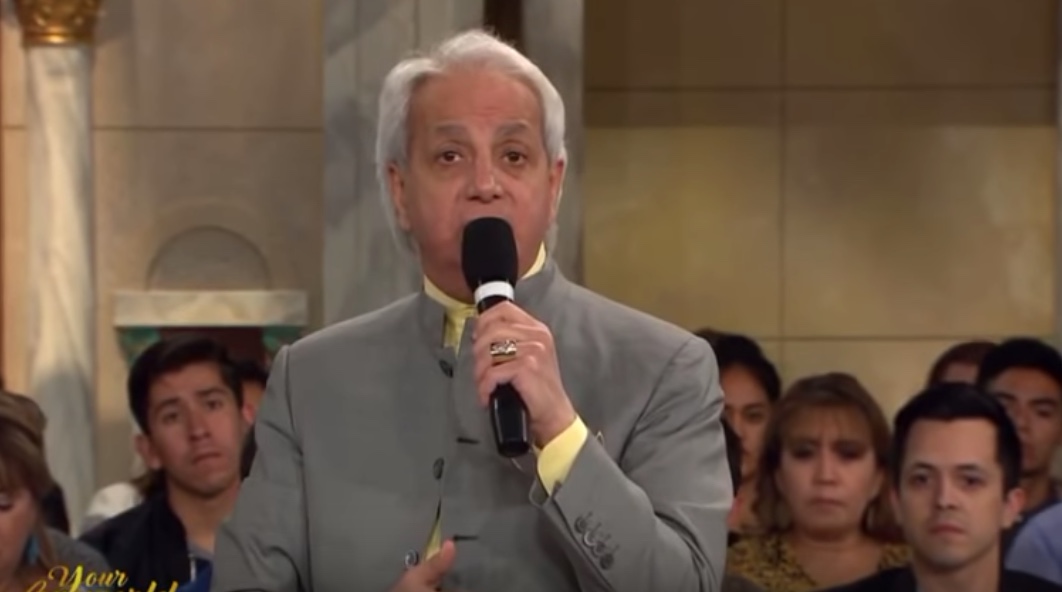 Benny Hinn is one of the more controversial names in modern televangelism. Known for his massive “healing crusades,” he’s also been associated with what has become known as the prosperity gospel. Essentially, it’s the idea that God will reward monetary generosity (usually in the form of cash “gifts” to ministries) with monetary blessings and wealth.

It’s also been widely criticized, and many prosperity preachers have been accused of essentially preying on the desperation of the poor to enrich themselves.

However, in this clip Hinn says he’s changing his theology.

“Today, sadly, among a lot of circles, all you hear is how to build the flesh,” Hinn says in the clip. “It’s a feel good message … It’s all about ‘feel good,’ ‘do good,’ all that. Make money, all the rest of it. And I’m sorry to say, prosperity has gone a little crazy, and I’m correcting my own theology. And you need to all know it.”

He says that when he reads the Bible now he doesn’t “see the Bible in the same eyes, [he] saw the Bible 20 years ago.”

Hinn said that he initially hesitated on going public with his rejection of the prosperity gospel because he didn’t want to hurt his friends “who believe things I don’t believe anymore.”

At one point Hinn asked viewers “Am I shocking you?”

“Giving has become such a gimmick it’s making me sick to my stomach,” he said. “And I’ve been sick for a while too, I just couldn’t say it.”

Toward the end of the clip the 66-year-old told viewers, “I don’t want to get to heaven and be rebuked. I think it’s time we say it like its: The Gospel is not for sale.”

The Beautiful Trailer for ‘Just Mercy’, Starring Michael B. Jordan and Brie Larson, Is Finally Here