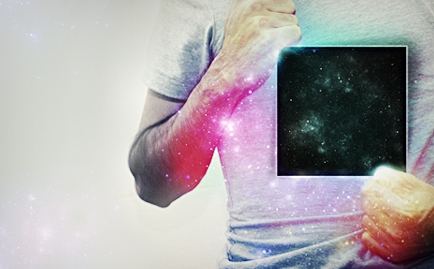 What turned out to be one of the best exchanges I had in all my years as an English teacher at a Christian school came in a general discussion over my love for the likes of Kafka, Nietzsche and Camus. Every time I expressed unqualified enthusiasm for these thinkers my students deemed “nonbelievers,” the same wall kept coming up. Is it OK to like these people? I insisted it was more than OK. As readers of good books, they were all compelled, I argued, to let the truthful words get through to them, even if particular writers lurked beyond the boundary of what they took to be “Christian” truth. Nevertheless, I kept meeting resistance, so I tried a different tactic. I asked my students to define the word “agnostic.”

“Someone who doesn’t want to believe,” one keen student responded.

The “doesn’t want to” part really threw me off a bit. “Why the judgement call?” I asked. I wasn’t sure what to say. I told them to try again.

“Someone who chooses not to believe,” hazarded another.

I was beginning to sense a pattern. I couldn’t call it unexpected. “No, really no,” I said. “And I’m giving you a big hint when I say, ‘No.’”

“Someone who doesn’t know!” came a shout of mock enthusiasm. And we were on our way.

“That’s right. Agnostics don’t know. They might believe all kinds of things. And it can get to feeling like a crying shame sometimes, this lack of absolute knowledge, but they just don’t know. Not much to be done for it really, this not knowing business. Incidentally, guess who’s agnostic.”

“You are,” dared an especially avid, young Presbyterian.

“Right you are. And please understand that I believe as much as the next believer. I can hardly even tell you how much I believe and how strongly I believe it. I believe, I believe, I believe [this with an intensification of my already sufficiently Southern accent]. I confess I find it hard to believe a lot of things sometimes. I’m riddled with doubts and uncertainties. But I see your smiling, approving faces, and I believe once more. Now I’m a believer. I believe again, as if for the first time. Belief. It’s what I do. Guess who else I believe to be agnostic.”

I had to wait this one out and gape at them goofily a little bit. One of them finally chirped in with one eye squinted, “We are?”

“Yeah. But I think you think you have to pretend to know in order to not go to hell. And I want to tell you, in Jesus’ name, that this isn’t the case.”

I hope it’s clear that I wasn’t invoking the name of Jesus lightly. I meant—and mean—to challenge the version of Christianity that says we’re called, above all, to play it safe, only letting in the thoughts and ideas that fit easily into our supposedly Christian belief grid, as if there are certain confessions of honest confusion or doubt our faith can’t afford. This version of Christianity is the one which insists (or at least strongly implies) that fear is the heart of love, to borrow Ben Gibbard’s phrase. And it is this version I see critiqued most radically in the life and teachings of Jesus.

Against the psychic oppression of a Christianity that would keep us dishonest and afraid, I want to announce the good bit of news that the God who exists, the God in whom I believe, never calls anyone to play-act or pretend or to silence their own concerns about what’s true. I want to chase off the spirits that render us incapable of seeing truthfully for fear that we might let in the wrong information, as if God might be made angry and insecure by an archaeological dig, a scientific discovery, an ancient manuscript, a Christ-like atheist or a good film about homosexual cowboys. If we think we have faith, because we faithfully protect ourselves from anything that might call it into question— as if God is counting on us to keep ourselves stupid, closed off to the complexity of the world we’re in—I’d like to argue that we don’t have faith in God at all. We have faith in our own faith rather than the God who transcends it, faith in a faith that will somehow save us. Not faith in God, but faith in a false god of our own conceptions, a god too afraid to entertain a question or a doubt.

If we think our certainty is what drives success and, in the end, the very faith (so-called) that saves us, our honest confusion will become a source of shame and a sign of weakness. We keep our honest doubts hidden. As I understand it, this is precisely where the biblical witness urges what I’m tempted to call a mandatory agnosticism. This is where we’re summoned to know that we don’t know. This is where we’re called to confession, not self-congratulation.

While we’re often rewarded in life for playing at absolute confidence, the pretense required and the mind-game involved is corrosive to the possibility of community, friendship and redeeming love. Because playing at certainty is often the unwritten rule of our culture, backing down from it and assuming the mantle of a mere human might be our most radical, poetic-prophetic way of relating. Imagine if we could let the psychic burden of certainty go. We might become capable of questioning ourselves out loud and open-endedly. We might let a little air in.

As I see it, the Bible isn’t a catalogue of all the things one has to believe (or pretend to believe) in order to not go to Hell, but is rather a broad, multifaceted collection of people crying out to God—and a collection of close encounters with the God who is present, somehow, in those very cries. Far from being an anthology of greeting card material, these accounts of joy, anger, lamentation and hope are all bound up, as it were, in the most formidable array of social criticism ever assembled in one volume.

And far from being a tradition in which doubts and questions are suppressed in favor of uncritical, blind faith, Christianity is a robust culture in which anything can be asked and everything can be said. The call to worship is a call to complete candor and radical questioning. Questioning the way things are, the way we are and wondering about the way things ought to be. Most paradoxically, as G.K. Chesterton observed, the New Testament portrays a God who, by being wholly present in the dying cry of Jesus of Nazareth, even doubted and questioned Himself. The summons to sacred questioning—like the call to honesty, like a call to prayer, is a call to be true and to let the chips fall where they may. Like the call to authenticity, it is deeper than the call to sign off on a checklist of particular tenets or beliefs. It is also more difficult.

The proper call to worshipfulness is a call to employ (or to allow to be employed) the whole of my imagination and, therefore, the whole of what I’m doing with my life. This call is a summons to mindfulness in all I say and do, a mindfulness that requires an engagement, a questioning of everything, a call to bring my wits to bear on the whole of life without compartmentalization—be it “politics,” “spirituality,” “business” or that especially tricky compartment, “religion.”

Such categories play into our unawareness of the other calls to worship coming at us through advertisements (billboards, commercial breaks, brand projections), pundits, politicians and (let’s be honest) preachers. We’re called to engage these calls with a lively doubt and redemptive skepticism. Not because nothing’s worth believing, but because critical thinking is required of anyone who means to resist the “INSERT SOUL HERE” that lurks underneath all of these appeals to our lives, these systems of meaning that thrive upon our consent. Being true, in this atmosphere, is a work that is never done.

To hold true to the truth, amid our doubts, can never exactly be a point of pride, because being true is never a done deal or a mission accomplished. Being true (or trying to be true) is an occasion for keeping a vigil, striving toward vigilance when it comes to our own prone-to-lying tongues, paying heed and paying attention to—it’s out there—the truth.

And the Christianly agnostic will not know that they do not have it (or know it) even as they live in the hope and the occasional confidence that the God of truth has them. W.H. Auden puts the matter most modestly: “Christianity is a way, not a state, and a Christian is never something one is, only something one can pray to become.” This might not be as solidly assuring, from an advertising perspective, as claims of absolute confidence and satisfaction guaranteed. But it is probably more biblical, more sobering, and, for my money, more human and more honest. Perhaps this is all we’re called to be.

David Dark is the author of The Sacredness of Questioning Everything. He is currently pursuing his Ph.D. in religious studies at Vanderbilt University. This article is excerpted from a much longer one that appeared in RELEVANT. To read more articles like this, you can subscribe by clicking here.

The True Story Behind Franco’s 127 Hours

Where Have All the Baptists Gone?

The Unexpected ‘Problem’ With Grace