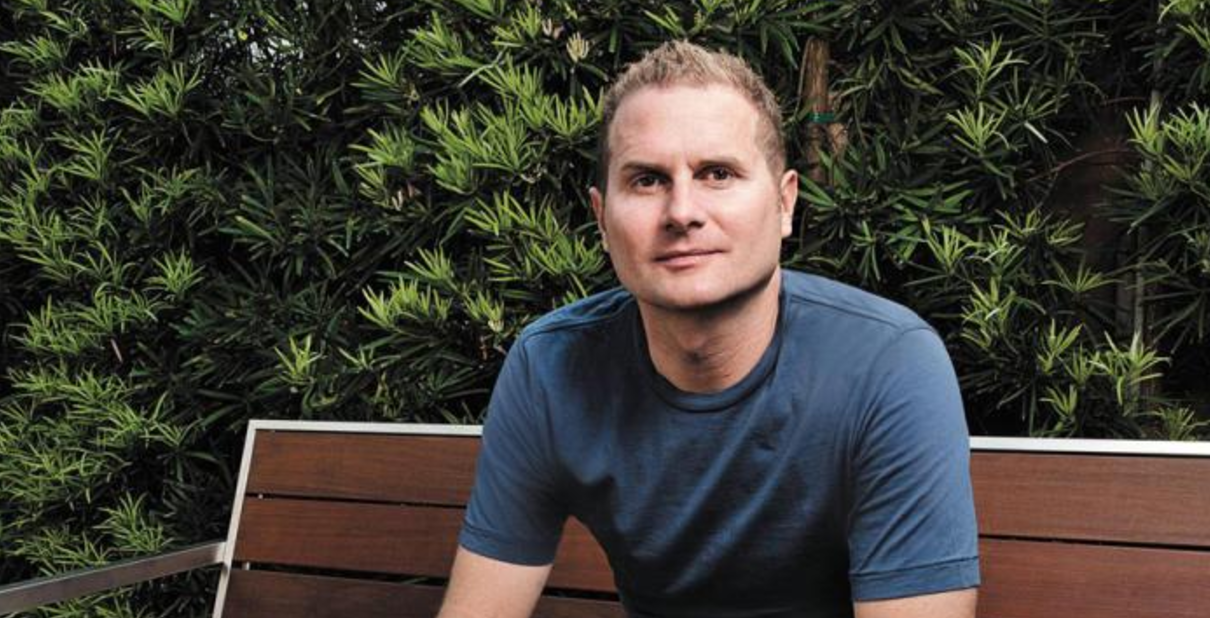 Editor’s Note: This piece was first published in 2010 during Advent season.

First, then, a bit about sound.

If you are quiet enough in your kitchen, you will hear a noise. It is a continuous sound, a long, droning noise with no particular beginning or ending. It has very little, if any, dynamic range. It may go up and down in volume, but those changes are rarely perceptible. It is the same flat noise, and it goes on and on and on, hour after hour, day after day. If it’s loud enough, it can grate on the nerves, but otherwise it’s simply there.

Making that sound, mostly unnoticed, there in the corner of your kitchen.

It is the buzzing of your refrigerator.

Now for another noise. I’m currently listening to the new Jónsi album (he of Sigur Rós fame), which I’ve had on repeat for a number of weeks now. From the first bleeps, squawks and chirps of the first song, the album is full of noises. Drums, voices, piano—the noises stop and start, come and go, they’re loud and quiet. Some notes sustain for a measure or two, others come and go within the second. The kick drum rumbles, the cymbals clang, the strings flutter. All those sounds work together to make something compelling, inspiring, beautiful, evocative, confrontative, urgent, hopeful, honest or peaceful—something that sounds stunning.

And so it is noise, it is the sound—but it is a particular, intentional arrangement of those noises and sounds that make it what we commonly refer to as music.

Two kinds of noise, two variations on sound—one we call music and the other we call refrigerator buzz.

Next, then, a bit about time, because time is a lot like sound. A song works because the noises and sounds and voices and drums are arranged with a precise awareness of time. Music divides time up into beats, giving time a shape, a flow, a pattern, a rhythm.

We’ve all experienced the low-grade despair that comes when our days blend into each other—wake up, eat breakfast, brush teeth, go to school or work or the office, change another diaper, do another load of laundry, write a check, fill a tank, cook a meal and then repeat it all over again the next day.

Life in Egypt was comprised of making bricks for the Pharaoh every day, all day.

When the Israelites are rescued, however, God gives them commands, one of the most urgent being to take a Sabbath day a week, a day unlike the others. A day without bricks.

Six days you shall work, but on the seventh, don’t. Why is this so monumental? God gives them rhythm. But not the rhythm of sound, the rhythm of time. Life before was an interminable succession of sevens. Seven, seven, seven.

God is the God of the groove.

We need rhythm in our time—it’s what makes one moment different from another. It gives shape and color and form to all of life.

The first Christians understood this—that time, like sound, is best when broken up, divided and arranged into patterns and rhythms. And so they created the church calendar. A way to organize the year, a way to bring variance to our days, a way to find a song in the passing of time.

For example, Lent. For the seven weeks leading up to Resurrection Sunday, we practice sober awareness of our frailty, sins and smallness. It starts on Ash Wednesday when those ashes are traced on our foreheads in the shape of the cross, a tactile reminder of our origins in the dust. From there we come, and to there we will go.

You want to really live, the kind of living that drains the marrow from every day? Then start by facing your death, your weakness, your smallness. We spend seven weeks facing our death and despair and doubt, entering into it with the fullness of our being—heart, mind, emotions—we leave nothing behind.

We do this for a number of reasons, chief among them the simple truth that Sunday comes after Friday. Only when you’ve gotten through, not around “My God, my God, why have you forsaken me?” are you ready to throw the only kind of Resurrection party worthy of the occasion—that Sunday when we run huffing and puffing from the open tomb, beating our pots and pans in that clanging raucous outburst that begins with those three resounding words: “He is risen.”

But that’s not the end—don’t let your pastor start a preaching series on tithing or marriage that next week—because Resurrection is just the beginning. On we go to the season of Pentecost—the celebration of the Spirit, the One who moves in mysterious ways. Jesus is not with us in body, He’s with us in Spirit. He’s risen, but He’s also here, in ways that transcend language, and so reflect on this for a season, tuning your radar to the divine presence in every moment of every day.

And so we’re headed somewhere, we’re coming from somewhere else, and we’re doing it together, as a community of disciples, as a church.

Finally, then, a bit about Spirit. Because Spirit, it turns out, is a lot like sound and time.

The first thing Spirit does in creation is move. That tells us the deepest matters of the Spirit are constantly moving, shifting and morphing. The life of the spirit is a dynamic reality, taking us through a myriad of emotions, experiences and states of being.

What the church calendar does is create space for Jesus to meet us in the full range of human experience, for God to speak to us across the spectrum, in the good and the bad, in the joy and in the tears.

This is the crime of only singing happy victory songs in church (we often ask sad people to sing happy songs)—half of the Psalms are laments.

The math should move us on that. The Bible is not a collection of war chants from victors—it’s an incredibly varied collection of writings reflecting an intensely diverse amount of postures, moods and perspectives.

A lot like how life is, actually. Sometimes you’re furious with God, other times you’re madly in love.

The issue then, as it is now, isn’t just getting us out of Egypt—it’s getting the Egypt out of us.

Rescuing us from sameness, dullness, flatlined routine, reminding us that however we’re feeling, whatever we’re experiencing, wherever we are in our heart—the Spirit waits to meet us there.

And that takes us to Advent. Advent, then, is a season. Lots of people know about holidays—one day a year set apart. The church calendar is about seasons, whole periods of time we enter into with a specific cry, a particular intention, for a reason.

Advent is about anticipating the birth of Christ. It’s about longing, desire, that which is yet to come. That which isn’t here yet. And so we wait, expectantly. Together. With an ache. Because all is not right. Something is missing.

Why does Advent mean so much to me?

Because cynicism is the new religion of our world. Whatever it is, this religion teaches that it isn’t as good as it seems. It will let you down. It will betray you.

That institution? That church? That politician? That authority figure? They’ll all let you down.

Whatever you do, don’t get your hopes up. Whatever you think it is, whatever it appears to be, it will burn you, just give it time.

Advent confronts this corrosion of the heart with the insistence that God has not abandoned the world, hope is real and something is coming.

Advent charges into the temple of cynicism with a whip of hope, overturning the tables of despair, driving out the priests of that jaded cult, announcing there’s a new day and it’s not like the one that came before it.

“The not yet will be worth it,” Advent whispers in the dark.

Old man Simeon stands in the temple, holding the Christ child, rejoicing that now he can die because what he’d been waiting for actually arrived.

And so each December (though Advent starts the last Sunday of November this year), we enter into a season of waiting, expecting, longing. Spirit meets us in the ache.

We ask God to enter into the deepest places of cynicism, bitterness and hardness where we have stopped believing that tomorrow can be better than today.

We open up. We soften up. We turn our hearts in the direction of that day. That day when the baby cries His first cry and we, surrounded by shepherds and angels and everybody in between, celebrate that sound in time that brings our Spirits what we’ve been longing for.

Saudi Women Who Can’t Get Married