Even though he though died on August 28, 430, the writings of Augustine of Hippo remain as theologically relevant and spiritually insightful as they were 1,600 years ago.

The man who became a beloved-Bishop and would eventually be remembered as Saint Augustine had such a dramatic conversion to Christianity at the age of 33 that he explored the philosophy of Scripture with a passion that led him to write hundreds of sermons and some of Christianity’s most influential books.

Here’s a look at 15 Augustine quotes that have helped shape modern Christian thought.

The Bible was composed in such a way that as beginners mature, its meaning grows with them. – Confessions

Men go abroad to admire the heights of mountains, the mighty waves of the sea, the broad tides of rivers, the compass of the ocean, and the circuits of the stars, yet pass over the mystery of themselves without a thought. – Confessions

On Prestige in Ministry

No man can be a good bishop if he loves his title but not his task. – City of God

On Serving Those in Need

What does love look like? It has the hands to help others. It has the feet to hasten to the poor and needy. It has eyes to see misery and want. It has the ears to hear the sighs and sorrows of men. That is what love looks like.

For You [God] are infinite and never change. In You, ‘today’ never comes to an end: and yet our ‘today’ does come to an end in You, because time, as well as everything else, exists in You. If it did not, it would have no means of passing. And since Your years never come to an end, for You they are simply ‘today’… You yourself are eternally the same. In Your ‘today’ You will make all that is to exist tomorrow and thereafter, and in Your ‘today’ You have made all that existed yesterday and forever before. – Confessions

On Not Self-Editing the Bible

If you believe what you like in the gospels, and reject what you don’t like, it is not the gospel you believe, but yourself. – Sermons

On Science and the Supernatural

Miracles are not contrary to nature, but only contrary to what we know about nature. – sourced in The Westminster Collection of Christian Quotations

On Being Open to New Interpretations of Scripture

In matters that are obscure and far beyond our vision, even in such as we may find treated in Holy Scripture, different Interpretations are sometimes possible without prejudice to the faith we have received. In such a case, we should not rush in headlong and so firmly take our stand on one side that, if further progress in the search of truth justly undermines this position, we too fall with it. That would be to battle not for the teaching of Holy Scripture but for our own, wishing its teaching to conform to ours, whereas we ought to wish ours to conform to that of Sacred Scripture. – Genesi Ad Litteram

On Relationships with Others

Since you cannot do good to all, you are to pay special attention to those who, by the accidents of time, or place, or circumstances, are brought into closer connection with you. – On Christian Teaching

What are kingdoms without justice? They’re just gangs of bandits. – City of God

On Taking a Focus Off of God

But my sin was this, that I looked for pleasure, beauty, and truth not in Him but in myself and His other creatures, and the search led me instead to pain, confusion, and error. – Confessions

On the Difference Between Knowledge and Understanding

The wisdom of what a person says is in direct proportion to his progress in learning the holy Scriptures—and I am not speaking of intensive reading or memorization, but real understanding and careful investigation of their meaning. Some people read them but neglect them; by their reading they profit in knowledge, by their neglect they forfeit understanding. – On Christian Teaching

What grace is meant to do is to help good people, not to escape their sufferings, but to bear them with a stout heart, with a fortitude that finds its strength in faith. – City of God

A person who is a good and true Christian should realize that truth belongs to his Lord, wherever it is found, gathering and acknowledging it even in pagan literature, but rejecting superstitious vanities and deploring and avoiding those who ‘though they knew God did not glorify him as God or give thanks but became enfeebled in their own thoughts and plunged their senseless minds into darkness. Claiming to be wise they became fools, and exchanged the glory of the incorruptible God for the image of corruptible mortals and animals and reptiles’ [Romans 1:21-3] – On Christian Teaching 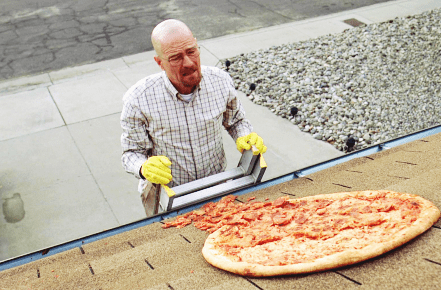 Stop Obsessing About the Proverbs 31 Woman