Today is Søren Kierkegaard’s 203rd birthday. And even though he lived a relatively short life (he died in his early 40s), his writings on faith, the Church, ethics and the nature of God have gone on to have a profound influence on Western Culture and the legions of Christian thinkers who’ve encountered them ever since.

Here’s a look back at some of Kierkegaard’s most powerful quotes.

The Bible is very easy to understand. But we Christians are a bunch of scheming swindlers. We pretend to be unable to understand it because we know very well that the minute we understand, we are obliged to act accordingly.
― Provocations: Spiritual Writings of Kierkegaard

On Purpose and Potential

If I were to wish for anything, I should not wish for wealth and power, but for the passionate sense of the potential, for the eye which, ever young and ardent, sees the possible. Pleasure disappoints, possibility never. And what wine is so sparkling, what so fragrant, what so intoxicating as possibility!
― Either/Or: A Fragment of Life

On a Loving God

It is really remarkable that while all the other attributes ascribed to God are adjectives, “Love” alone is a substantive, and it would scarcely occur to one to make the mistake of saying: “God is lovely.” Thus, language itself has given expression to the substantial element that is found in this attribute.
― The Journals of Kierkegaard

On Dying for What You Believe

Present-day Christendom really lives as if the situation were as follows: Christ is the great hero and benefactor who has once and for all secured salvation for us; now we must merely be happy and delighted with the innocent goods of earthly life and leave the rest to Him. But Christ is essentially the exemplar, that is we are to resemble Him, not mere profit from Him.
― The Journals of Søren Kierkegaard

God creates out of nothing. Wonderful you say. Yes, to be sure, but he does what is still more wonderful: He makes saints out of sinners.
― The Journals of Kierkegaard

The proud person always wants to do the right thing, the great thing. But because he wants to do it in his own strength, he is fighting not with man, but with God.
― Provocations: Spiritual Writings of Kierkegaard

And this is one of the most crucial definitions for the whole of Christianity; that the opposite of sin is not virtue but faith.
― Søren Kierkegaard, The Sickness Unto Death

The task must be made difficult, for only the difficult inspires the noble-hearted.
― The Journals of Kierkegaard

On Obedience to God

This much is certain: The greatest thing each person can is to give himself to God utterly and unconditionally—weakness, fears, and all. For God love obedience more than good intentions or second-best offerings, which are all too often made under the guide of weakness.
― Provocations: Spiritual Writings of Kierkegaard

What the age needs is not a genius—it has had geniuses enough, but a martyr, who in order to teach men to obey would himself be obedient unto death. What the age needs is awakening. And therefore someday, not only my writings but my whole life, all the intriguing mystery of the machine will be studied and studied. I never forget how God helps me and it is therefore my last wish that everything may be to His honour.
― The Journals of Søren Kierkegaard

Never cease loving a person, and never give up hope for him, for even the prodigal son who had fallen most low, could still be saved; the bitterest enemy and also he who was your friend could again be your friend; love that has grown cold can kindle.
― Referenced in The Westminster Collection of Christian Quotations

On the Virtue of Faith

Faith is the highest passion in a human being. Many in every generation may not come that far, but none comes further.
― Fear and Trembling

What precisely is profound in Christianity is that Christ is both our atoner and our judge, not that one is our atoner and another our judge, for then we would nevertheless come to be judged, but that the atoner and the judge are the same.
― The Journals of Søren Kierkegaard

Editor’s Note: A version of this story was originally published in November, 2014. 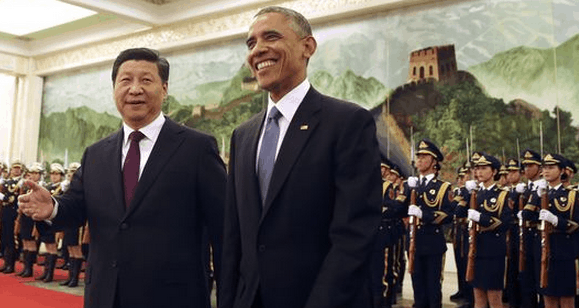 China and U.S. Just Made a Historic Agreement on Carbon Emissions