A Palestinian youth picks up a rock and cocks his arm, gauging the distance of the approaching Israeli soldier. The soldier crouches behind his plastic shield, club drawn, his other hand reaching for a stun grenade.

The scene is all too familiar, even for those of us whose closest connection to the Israeli-Palestinian conflict is through a newspaper. After 60 years, the Israeli-Palestinian conflict is far from being resolved—and why shouldn’t it be? The same issues over land, water, autonomy, security, and respect are still there, and the tension only mounts with the passage of time and retributive violence between the parties.

When considering dilemmas like the Israeli-Palestinian conflict, it is natural to question what practicality our own faith holds in light of the issue. Does Christianity have anything unique to offer in response to the conflict?

The Radical View of Christ

Middle Eastern society markedly runs on concepts of honor and shame. Though not necessarily bad ideologies in themselves, the ramifications of this worldview is that both sides have seen the fundamental need for retribution in defending the honor of their community, serving only to feed the Israeli-Palestinian conflict.

Christ, however, gives a radically different perspective on what should be done in a violent confrontation. Christ tells his disciples, “You have heard that it was said, ‘Eye for eye, and tooth for tooth.’ But I tell you, do not resist an evil person. If anyone slaps you on the right cheek, turn to them the other cheek also.” (NIV, Matt. 5:38-39)

Christ suggests an attitude of humility and grace in the face of opposition—something completely counter-cultural in most human societies, and particularly here. Yet the embrace of humility is central for the reconciliation process; only humility and grace allows a person to lay aside his or her weapons long enough to listen to the adversary.

Perhaps the ideology of “turning the other cheek” is too idealistic in this context. As Israelis may point out, their government waited a long time to react to the short-range missiles coming from Gaza. Just how long were they supposed to wait while the lives of their citizens were threatened? On the other side, Palestinians may argue that the Israelis have taken most of the land accorded to Palestinians by the U.N. Is their community supposed to sit idly by while Israeli settlers come and take the rest? Both sides have legitimate reasons to believe that meekness gets a person nowhere. As demonstrated with the Israeli withdrawal from Gaza in 2005, such an attitude in a war-zone might even lead to the other side claiming victory.

So is Christ’s teaching valid in this situation? Could such a radical stance gain any following within the Israeli-Palestinian conflict?

So much distrust exists between the two parties that it is unlikely that a sudden switch in attitude would succeed in creating much goodwill—it might even be looked on with suspicion. Rather, a slow transformation is needed. A neutral mediator, facilitating dialogue and moving both groups along in the reconciliation process is crucial in this conflict. This is where the Christian community comes in.

The Church as a Mediator

In a conflict already dominated by two monotheistic religions, it seems unlikely that yet another faith could bring anything new to the table. Yet even from a purely secular perspective, the Church does indeed have something unique to offer the Israeli-Palestinian peace process: that of a neutral third party.

The strength the Church in this particular conflict is that it can remain somewhat aloof to the sectarian tensions between the predominantly Jewish and Muslim players, while still remaining a voice into each community. This “aloofness” does not mean Christian individuals have to remain neutral over the Israel-Palestine issue. Rather, the range of opinions and sympathies within the Christian community makes the Church more adept for being a truly effective intermediary. With the vast spread and varying degrees of sympathy, the Church can function on every level of the reconciliation process. Some Christians will advocate the injustices suffered by one party; others will remain outside the conflict, analyzing the communication breakdown and overarching problems of the peace process. Still others might feel compelled to remain completely impartial and act as a mediator between the two groups.

One Christian alone cannot create an effective bridge in this conflict, but a diverse community of believers, all committed to the ultimate goal of reconciliation, can tackle the underlying issues and facilitate dialogue between the two sides by becoming a participating player itself.

Being “other” than Judaism and Islam works to the Church’s advantage. Where hurts run deep and suspicions high, where every action and word of the opponent is interpreted in the most unfavorable light, an intermediary who helps both sides see the value of their opponent, and validity of their argument, is crucial.

Though we have largely failed in the past to fulfill a peacemaking role in the region, the fact remains: we are well suited for the job.

But our responsibility goes beyond “suitability;” we have been mandated to have an active role in the world, to share Christ’s love and peace with others. The apostle Peter reiterates Christ’s message to the early believers, saying:

“All of you, be like-minded, be sympathetic, love one another, be compassionate and humble. Do not repay evil with evil or insult with insult. On the contrary, repay evil with blessing, because to this you were called…” (TNIV, I Peter 3:3-9)

Is there a better opportunity for living out Christ’s message of love and peace than in acting as an intermediary between unforgiving opponents? Let me know if there is.

Alecia May is currently earning her B.A. in writing and literature at George Fox University. She recently spent a semester in the Middle East, primarily studying the Israeli-Palestinian conflict.

The Shat for Gov 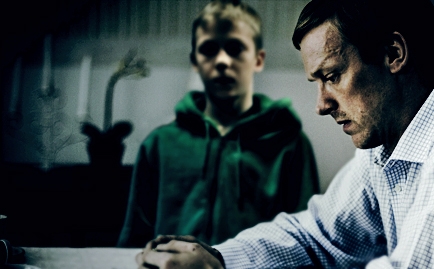