When it comes to documents that make up the Bible, we do not have the original manuscripts. Plus, there are variants in the copies that survived. Most are minor, but there you have it. We’re faced with the question: Without originals, can we still trust the Bible?

The Bible story is simple, but its storyline is complicated. It asks that we think through richly nuanced ideas, which must be held together by a muscle greater than human intellect.

“There’s a sense that paradox is at [the Bible’s] heart. And there’s something true about that,” Sean Kelly, professor of philosophy at Harvard University, said. “Paradox is at the heart of our existence … I don’t think a moral system could tell us the right story about us.”

We Christians proclaim the Bible is, in fact, telling the enigmatic story of humankind in relation to the God who created us, which is hard enough to dig into, relate to, understand and walk out, without the threat of its reliability being thrown into question. Yet, without originals, it has been and shall be.

What can Christians say to people who side-eye the Bible because of that? Here are four ideas.

These are good points for Christians to know. However, God tells us His Word is a light unto our path (Psalm 119:105), which begs the question: How does a God ask for utter devotion to a written word then fail to deliver that word in original form?

The answer? He doesn’t.

What are the resulting implications?

It forces us to acknowledge that the God of the Bible wants a relationship, not a religion.

So, even without originals, is the Bible reliable? Specifically, can its God reliably illumine Himself through the Word as it is? To answer that, we have to try it and find out.

That makes us all vulnerable, even God, who positions Himself to be accepted or rejected by the very people He created, died for and for whom He wrote His Word.

Admittedly, that does not sound like the easiest way to go. It sounds like a process that takes stumbling around and surrendering. It sounds messy. Of course, understanding truth often is.

Janelle Alberts spent her early career in PR departments for Microsoft and UPS, boiling down logical, clear corporate messaging. She now attempts the same for Scripture, often featuring bits we’ve never heard, but wish we had, since knowing things like even Noah got tipsy & embarrassed his kids can help a girl rally to the end of the day. Her first book is due out next year through Kregel Publications and she can be found here. 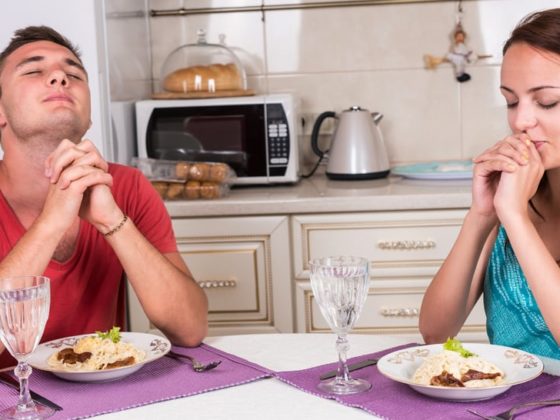 3 Prayers We Need to Stop Saying