As humans, we tend to pray most when we really need something from God. We pray before tests, job interviews or jumping out of an airplane. Our prayers are most often directed to God in times of desperate need. The rest of the time, we figure He’ll take care of the rest. But a big question that comes from prayer is that if God knows everything that will happen, why do we pray? What good does prayer actually do?

In many ways this is a question that has sparked some of the biggest divisions in Christian theology. Humans often want to know why God does what He does in our lives.

I think that is a question which we cannot completely answer with the limited knowledge we have, but through the Scriptures we do see many cases where prayer influences God’s decision (or appears to anyway). Maybe we can learn from them. I’ve found at least four cases where this has happened:

When Israel was camped outside Mt. Sinai, Moses went up the mountain to deliver God’s law to the people. This is when the famed “Ten Commandments” were created by God’s own hand. Moses was taking a lot of time to come down from the mountain and this made the Israelites start to get antsy and doubt that the God of Moses was actually the God they should be worshiping. So, they prompted Moses’ brother Aaron to construct a golden calf idol. They gathered all of their golden wares, melted them down and created an immobile, mute false god, then they convinced themselves that this was the god that brought them out of Egypt.

When this happened, God took notice and became very angry at the Israelites. The Lord told Moses to leave and attend to them while he contemplated destroying them. Moses pleaded with God to spare them and to remember Abraham, Isaac and Jacob. His argument compelled God not to destroy the Israelites. Moses still flew off the handle when he reached the camp, but at least no one was consumed by holy fire.

Abraham had a lot of moments with God that tested his willingness to follow the Lord, but each time, God was faithful. One such test came after Abraham learned from three angelic visitors that his wife, Sarah was to have a son. One of the visitors (whom some scholars think to be Christ because He claims to speak as God) informs Abraham that his nephew Lot’s hometowns of Sodom and Gomorrah would be destroyed. Abraham bargains with God and asks that if a certain amount of people were found to be righteous, would God spare them? Abraham keeps bargaining with God until the number went from 50 righteous people to 10. This back and forth arguing between Abraham and God saved Lot’s family.

If anyone has the right to argue with God, it’s his mother. Jesus was invited to a wedding and so He arrived in Cana with His whole gang. His mom was there and knowing his power, she told him there was no more wine. Fr. Patrick Henry Reardon surmises that the reason Mary concerned Jesus about this was because of the extra people who had come to the wedding and caused a shortage in party supplies … people like Jesus’ disciples. Mary was in some ways possibly “saving face.”

Jesus didn’t think that this was to be the start of his ministry, but He decided to honor Mary’s request. Mary told the servants to do whatever He told them. They filled the containers to the brim with water and before long the jars were instead filled with top-notch, fine wine. Thanks to Jesus and Mary’s insistence, a party was allowed to rock on.

King Hezekiah was a great king and had done much to turn back the heart of Israel to God after his father, King Ahaz, had let idolatry and sin run amok. He started to strengthen Israel’s military, but he also had some counselors who wanted to utilize an attack by Assyria for their own gain. The Assyrians were defeated, but not without great loss. King Hezekiah either was oblivious to his advisors’ bad decisions or he chose not to see it, but after the losses, things turned sour.

Hezekiah fell ill and he was then visited by the prophet Isaiah, who let Hezekiah know that he would soon die and that he needed to get his house in order. Hezekiah wept and prayed to God asking him to let him live. The Lord heard Hezekiah’s prayer and allowed him to live 15 years longer.

There are a couple conclusions we may draw from these stories.

First, we may see that prayer is more than just a perfunctory act. To put it simply, in some way we may not completely understand, prayer works. We know that God does care about our needs and as Christ says in Matthew 7:7, we should ask God and trust that what we ask for will be given. It’s true that sometimes God says no, but He still wants us to come to Him and interact with Him.

Second, since God knows the outcome of every decision we make and every prayer we pray, then maybe it’s not so much that God’s mind was changed, but rather that God knew what He wanted to do in the end. He allows us to contradict Him, even argue with Him and intercede for people we care about. He let Moses and Abraham dispute with Him to show His graciousness.

Ultimately, we don’t know why God seems to change His mind, but what this does show is that He interacts with us on our level, not as some entirely separate, detached deity. Like Jacob, we are wrestling with God (Genesis 32:22-32) because that’s what He wants us to do.

We should pray expecting God to change our circumstances, but let’s also remember that we are bit players in a much, much larger story. God is weaving a beautiful tapestry in this universe and every blessing or tragedy from God is meant to bring every thread of His work together in perfect harmony.

Freelance writer, blogger, full-time husband and father of three. Zach is also co-founder of Theologues.com, a website for Christians to grow in learning about their faith. You can find him on Twitter or his blog. 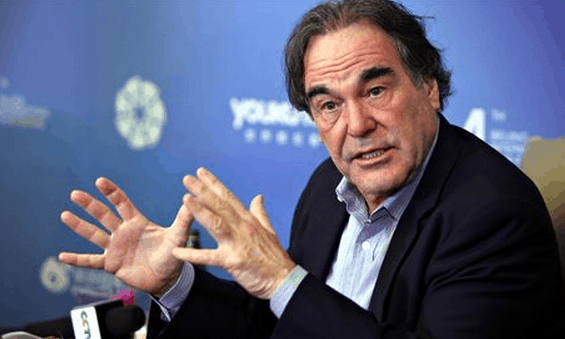 Oliver Stone Is Making a Movie about Edward Snowden