“What has been will be again, what has been done will be done again; there is nothing new under the sun,” says the teacher in Ecclesiastes—and nowhere is this more true than in Christian controversies. While arguments about divisive subjects like the role of women may be new to us, it’s all but guaranteed that the saints who have gone before us wrestled with these very issues hundreds of years ago.

And here’s the good news: Those hundreds of years have put many of these works in the public domain, which means you can benefit from the wisdom of our forebears, for free, on your laptop.

You may not agree with the thoughts of all these ancient theologians, but it’s still vital to be mindful of them. As C.S. Lewis once wrote, reading old books is worthwhile not because there is “any magic about the past. People were no cleverer then than they are now; they made as many mistakes as we. But not the same mistakes.” You won’t have to agree with all of these thoughts to find that wrestling with an older perspective is worth your time.

Here are five voices from church history to get you started:

What happens to people who die without hearing about Jesus? Does God condemn the majority of humanity, even though they never had a chance to be saved?

This debate flared anew with the 2011 release of Rob Bell’s Love Wins, but it’s hardly original to our time. Justin Martyr, one of the earliest Christian apologists, faced the exact same issue just a century after the life of Christ, when Hellenic philosophers claimed that the Christian God was unjust for this very reason.

Justin responded by arguing that God is constantly drawing all people to him according to their capacity, “always urging the human race to thought and recollection, showing that He cares for it and provides for men and women.” Some of the unevangelized, Justin suggests, may respond to God’s revelation in their own hearts and in nature, coming to saving faith through the work of Jesus without explicit knowledge of that work.

When Tertullian was writing from Africa in the 2nd and 3rd centuries, Rome was at its peak. And as the new church spread throughout the empire, the question inevitably arose: Should Christians serve in the Roman military? Although Jesus had explicitly rejected violence for His followers, the gospels don’t record him telling the faithful centurion, for instance, to quit his job.

Faced with this issue, Tertullian argued for peace:

Shall it be held lawful to make an occupation of the sword, when the Lord proclaims that he who uses the sword shall perish by the sword? And shall the son of peace take part in the battle when it does not become him even to sue at law? And shall he apply the chain, and the prison, and the torture, and the punishment, who is not the avenger even of his own wrongs?

Tertullian answers with a strong negative, suggesting Christians should avoid war even at the cost of martyrdom.

Though comparatively unfamiliar to Catholics and Protestants in the Western church, John Chrysostom is well-loved in the Orthodox tradition. A monk from Antioch, John was made the Bishop of Constantinople in 398 AD—a position he accepted unwillingly at the behest of the populace.

Installed in the most important pulpit in the most important city in the empire, John railed against consumerism in the face of poverty, preaching uncompromising sermons which would lead to his exile. In one homily, he chastises those who use fancy chamber pots while others starve: “So many poor stand around the Church; and though the Church has so many children, and so wealthy, she is unable to give relief to even one poor person…one voids his excrement even into silver, another has not so much as bread! What madness!”

The “mother of Quakerism,” Margaret Fell was the wife of George Fox, the primary founder of the Quaker movement. A wealthy and educated woman, Margaret used her means to foster Quakerism in its early days, fund mission work, and support religious tolerance in England. She also argued in favor of full equality of the sexes within the church, writing while imprisoned for refusing to abandon her beliefs.

In “Women’s Speaking Justified,” Margaret makes a bold case, suggesting that those who silence women are doing the work of the devil:

Let this Word of the Lord, which was from the beginning, stop the Mouths of all that oppose Women’s Speaking in the Power of the Lord; for he hath put Enmity between the Woman and the Serpent; and if the Seed of the Woman speak not, the Seed of the Serpent speaks; for God hath put Enmity between the two Seeds; and it is manifest, that those that speak against the Woman and her Seed’s Speaking, speak out of the Envy of the old Serpent’s Seed.

If you’ve heard of Roger Williams at all, it was likely via a quick mention in high school history class of his role in founding the state of Rhode Island. Roger was a Baptist in an age when it was dangerous to be a Protestant—much less one of those weird Protestants who rejected the idea of a state church. He left his native England to pastor in Plymouth, MA, but found himself expelled from the colony when he tried to separate his congregation from the English government.

After founding Providence, RI, Roger stirred up controversy first by advocating fair treatment of Native Americans, and then by calling for a separation of church and state. His groundbreaking defense of legal tolerance argued that “an enforced uniformity of religion throughout a nation or civil state, confounds the civil and religious, denies the principles of Christianity and civility, and that Jesus Christ is come in the flesh.” 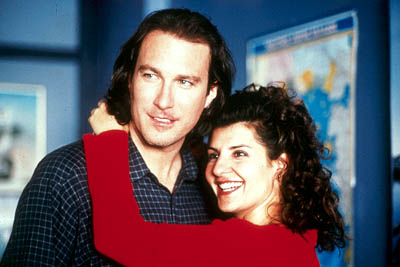