As Christians, we should be especially aware of what we say and how it impacts others. Here are just a few things we may want to reconsider before we say them:

Nothing shows the compassion of Christ quite like reminding people their problem is simply incomparable to kids living in poverty or someone living with a terminal illness.

Sure, it’s good to be aware of the scale of our problems in the grand scheme of things, but Jesus shows He cares about all of our concerns, big and small. When we read about Jesus feeding the 5,000 after several hours of teaching, He didn’t dismiss everyone to grab a bite at some stop on the way home. He fed them. He didn’t shrug off their basic need for food even though they likely would have been fine to wait. He met their needs. He showed concern and compassion.

As we go through life, we’re going to have problems both big and small. But when we take on the attitude of “well at least it’s not as bad as ______,” we tell others we don’t care about their problems. That’s something Jesus never did.

Don’t get me wrong: Prayer is vitally important. That said, the reality is that too many times Christians use this phrase as a general blanket statement to let someone know we care, but only in a passing, surface level way. It can become almost routine to throw out the prayer line whenever someone shares a concern. Sometimes we follow through on it, often we don’t.

Perhaps instead of just letting someone know we’ll pray for them, we should offer up other practical ways to serve them in love. Are they sick? Maybe they need a warm meal. Just got laid off? Maybe some extra cash to pay some bills. New mom overwhelmed with a baby? Offer to help do their laundry or clean their house.

If you do tell someone we’ll pray for them, be intentional. Ask them what specifically you can pray for them about. Write it down so you’ll remember. Call or text them to check in. Let’s not brush of the hurts of others with an empty promise to pray that we’ll likely forget.

I’ve always imagined the confusion non-Christians must feel to some degree when approached with this question: What exactly am I being saved from? A burning theater? An elevator stuck for over an hour with Justin Bieber’s “Baby” playing on repeat?

Of course, evangelism is important, but the wonderful grace of God is too sweet to be crumpled up into a hollow, cold question. When we follow the examples Jesus gave us, we know the most effective evangelism begins with relationships and serving others. We don’t water down the message; we present it in a way where people are attracted to the beauty of the Gospel, not turned off by an uncomfortable question.

4. “I Have an Unspoken Prayer Request.”

If you grew up going to church youth group, then you remember the girl or guy that, nearly every week, let the group know they had a massive need going on in their life— something so devastating it could only be described with that word of divine secrecy: “unspoken.”

There are definitely legitimate reasons to keep the specifics of a prayer request private, but the problem with unspoken prayer requests is that there isn’t really a way to follow up. We can’t call you next week and ask how the “unspoken” is doing. If Johnny is a porn addict but only says he has an “unspoken,” there’s nobody helping keep him accountable. If Lisa’s parents are going through a divorce but we only know it as “unspoken,” nobody can really come alongside her and be there for her in her darkest moments of sadness. If it’s a request we aren’t comfortable sharing in a group setting, we need to find at least one or two other Christians who are willing to pray for us specifically.

Indeed He does. There is no denying God has a plan for each and every one of us, but that’s the last thing people want to hear in a time of crisis.

As Christians, we sometimes feel the need to get God off the hook. We’ve prepped ourselves for every tragedy with some magic Bible verse and the tag line no one will dare argue with: “God has a plan.”

What if we simply said “I don’t know why”? What if after a teenager dies in a car crash we admitted we really just don’t know why God allowed it to happen? When more than 250 Nigerian girls are abducted from a school in the middle of the night, saying “God has a plan” doesn’t really help. The help is in us coming alongside mothers and fathers weeping, grieving their loss and seeking justice. God doesn’t need us to explain away tragedies. He wants us to comfort those in the midst of the tragedies.

Certainly there are other things we as Christians say too often that we need to stop. I’m guilty of many myself. That’s why terms like “Christian culture” and “Christianese” exist. When we love others genuinely like Jesus did, we’ll see that our words won’t get in the way of the message.

lives with his wife and two daughters in Bowling Green, South Carolina, where he writes about faith, pop culture and sports. 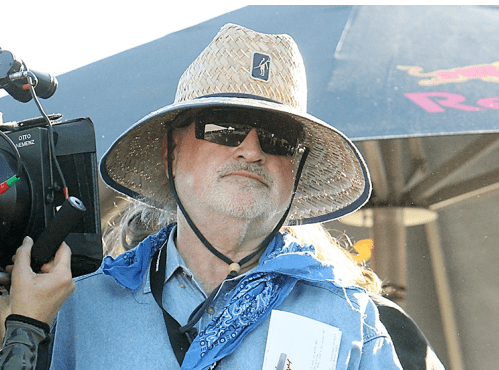 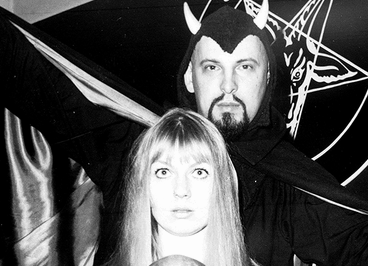