In his book, In Two Minds: The Dilemma of Doubt & How to Resolve It, theologian Os Guinness wrote, “If ours is an examined faith, we should be unafraid to doubt. If doubt is eventually justified, we were believing what clearly was not worth believing. But if doubt is answered, our faith has grown stronger. It knows God more certainly and it can enjoy God more deeply.”

In other words, no matter how strong our faith is, at some point we may experience doubt. But instead of being a sign of weakness, doubt can actually be something that causes us to dig deeper into our relationship with God, and can even make our faith stronger.

Here’s a look at some prominent Christian thinkers, leaders and ministers who all wrote about struggles with doubt, faith and finding God through it all.

One of modern Christianity’s most beloved authors and thinkers, Lewis is remembered for classics including Mere Christianity, The Chronicles of Narnia and The Screwtape Letters. But the renowned defender of the faith is also known for a more complicated side, famously writing, “I have found that nothing is more dangerous to one’s own faith than the work of an apologist.”

Even with all of his contributions to contemporary Christianity, Lewis led a somewhat controversial personal life, and at times wrestled with the intellectual side of faith.

Lewis warned readers of the hazards of relying on intellect—particularly apologetics—over spirituality, writing, “That is why we apologists take our lives in our hands and can be saved only by falling back continually from the web of our own arguments, as from our intellectual counters, into the Reality — from Christian apologetics into Christ Himself. That also is why we need another’s continual help—a [‘Let us pray for each other’]. There’s also a famous story of a critic getting the best of Lewis during a debate centering on one of the chapters in his book Miracles, and the distress it caused.

But despite intellectual challenges, issues in his personal life and emotional swings, Lewis is ultimately remembered for his writings on faith: Even when it meant putting aside momentary feelings of uncertainty: “Faith, in the sense in which I am here using the word, is the art of holding on to things your reason has once accepted, in spite of your changing moods … That is why Faith is such a necessary virtue: unless you teach your moods ‘where they get off,’ you can never be either a sound Christian or even a sound atheist.”

Today, Mother Teresa of Calcutta is primarily remembered for her selfless service to the poor and sick, but a book of letters printed after her death revealed that even she struggled with doubt at times.

The letters showed a different woman than the symbol of Christian love and unwavering faith that much of the media portrayed her as. She frequently wrote of loneliness, not hearing from God, personal hypocrisy and doubts about her own faith: “Darkness is such that I really do not see—neither with my mind nor with my reason—the place of God in my soul is blank—There is no God in me—when the pain of longing is so great—I just long & long for God … The torture and pain I can’t explain.”

She frequently asked privately for prayers, writing “Such deep longing for God—and … repulsed—empty—no faith—no love—no zeal. (Saving) souls holds no attraction—Heaven means nothing—pray for me please that I keep smiling at Him in spite of everything.”

She wrote to a friend, “I spoke as if my very heart was in love with God—tender, personal love. If you were (there), you would have said, ‘What hypocrisy.'”

But, even though she experienced chapters of loneliness and feelings of isolation from God, her devotion to her calling never wavered, and today she’s remembered for her love of the poor and heeding of Christ’s command to care for them.

Along with his legacy of being a reformer and a father of Protestantism, Martin Luther is also remembered for a less grand—and a much more relatable—trait: Doubt. Luther’s primary doubts about faith didn’t necessarily rest on the question of God’s existence, but His character.

Though his fear that his own sinfulness would separate him from God helped lead to then-radical ideas about salvation outside of man’s own ability to be righteous, doubts about his faith, thinking and relationship with God would haunt him later in life. At one point, the crushing doubt in his calling led to such an intense depression that he wrote, “For more than a week I was close to the gates of death and hell. I trembled in all my members. Christ was wholly lost. I was shaken by desperation and blasphemy of God.’”

Ultimately, Luther’s legacy is one of reform, and a reliance on grace. He is remembered for his impact on the Church, but even a church father of his stature still suffered from moments of doubt about his salvation, calling and what God thought about him.

One of history’s great preachers, Charles Spurgeon was not only a master of communicating deep truths of Scriptures, but also of engaging with his audience and relating their struggles. In his sermon “Desire of the Soul in Spiritual Darkness“, he bluntly claimed, “I think, when a man says, ‘I never doubt,’ it is quite time for us to doubt him, it is quite time for us to begin to say, ‘Ah, poor soul, I am afraid you are not on the road at all, for if you were, you would see so many things in yourself, and so much glory in Christ more than you deserve, that you would be so much ashamed of yourself, as even to say, ‘It is too good to be true.'”

In another sermon, called “The Minister’s Fainting Fits,” Spurgeon explained that even strongest the believers may face seasons of depression, being stripped of the joy brought by faith, even referencing Luther’s struggles: “The strong are not always vigorous, the wise not always ready, the brave not always courageous, and the joyous not always happy … The life of Luther might suffice to give a thousand instances, and he was by no means of the weaker sort … His very deathbed was not free from tempests, and he sobbed himself into his last sleep like a great wearied child.”

Though the overall message sounds scary—we are all, at times, at risk of falling into seasons of despair and doubt—the sermon is actually one of hope. Toward the end, he writes: “The lesson of wisdom is, be not dismayed by soul-trouble … Cast not away your confidence, for it hath great recompense of reward. Even if the enemy’s foot be on your neck, expect to rise amid overthrow him. Cast the burden of the present, along with the sin of the past and the fear of the future, upon the Lord, who forsaketh not his saints.”

Another father of Protestantism, Calvin’s writings and thoughts about salvation still have a major influence on the Church today, particularly among Reformed theologians.

But for Calvin, doubt wasn’t something Christians should fear—instead, it was something we should even expect, and not be surprised by when it creeps into our lives: “Surely, while we teach that faith ought to be certain and assured, we cannot imagine any certainty that is not tinged with doubt, or any assurance that is not assailed by some anxiety.”

Calvin understood that doubt was a part of the faith experience, because human nature itself finds ideas about God and His goodness so outside of what we can understand: “For unbelief is so deeply rooted in our hearts, and we are so inclined to it, that not without hard struggle is each one able to persuade himself of what all confess with the mouth: namely, that God is faithful.”

Since he was elected as leader of the Catholic church in the spring of 2013, Pope Francis has been wildly popular and massively influential both inside the Church and to the broader world. He was named Time magazine’s person of the year for 2013, he’s undoubtedly been the most popular pope in recent memory.

But Pope Francis has spoken openly about the role of doubt in faith.

“Who among us—everybody, everybody!—who among us has not experienced insecurity, loss and even doubts on their journey of faith?” he told the crowd at a general audience “Everyone! We’ve all experienced this, me too. It is part of the journey of faith, it is part of our lives. This should not surprise us, because we are human beings, marked by fragility and limitations. We are all weak, we all have limits: do not panic. We all have them.”

In an interview in America magazine, the pope even said doubt is an essential part of faith.

“If one has the answers to all the questions—that is the proof that God is not with him. It means that he is a false prophet using religion for himself. The great leaders of the people of God, like Moses, have always left room for doubt. You must leave room for the Lord, not for our certainties; we must be humble.”

The famous novelist, teacher and speaker has written about her struggles with doubt in several of her novels.

“My coming to faith did not start with a leap but rather a series of staggers from what seemed like one safe place to another,” she wrote in Traveling Mercies. “Like lily pads, round and green, these places summoned and then held me up while I grew. Each prepared me for the next leaf on which I would land, and in this way I moved across the swamp of doubt and fear.”

“I have a lot of faith. But I am also afraid a lot, and have no real certainty about anything,” she wrote in . “I remembered something Father Tom had told me—that the opposite of faith is not doubt, but certainty. Certainty is missing the point entirely. Faith includes noticing the mess, the emptiness and discomfort, and letting it be there until some light returns.” 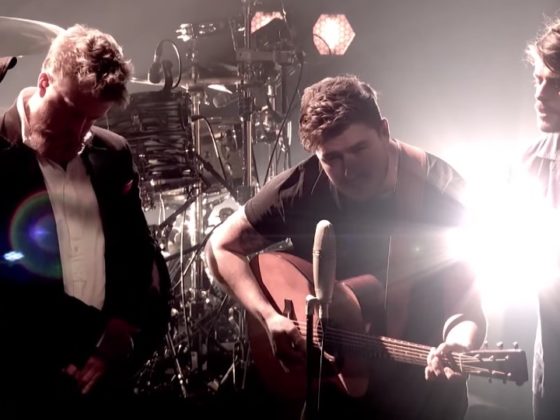