For many of us, the Christian life feels like a series of disastrous hang glider rides. Stepping out, we rest in the love of Jesus and are carried along by His grace—only to crash roughly to earth whenever we encounter texts like “Be perfect” (Matthew 5:48), “Without holiness no one will see the Lord” (Hebrews 12:14) and especially “No one who lives in Him keeps on sinning; no one who continues to sin has either seen Him or known Him” (1 John 3:6).

We rise with a hope that is tempted to become complacent and sink under conviction that borders on despair.

Christians have long struggled with issues of purity. In the early church, it was widely thought that there were limits to repentance. Some believers were so afraid that sins committed after baptism would not be forgiven that they waited to be baptized, even until they were on their deathbeds.

In 1766, John Wesley called the Church to a high standard of Christian perfection, which he defined as “pure love filling the heart and governing all the words and actions.” Two years later, he noted in his journal “heaviness of spirit among all who are not going on to perfection.”

Must we go through endless highs and lows? Should we even aim for perfection, or resign ourselves to an identity as “poor, miserable sinners”? The Bible presents a coherent and rather surprising answer.

Paul contrasts “having a righteousness of my own that comes from the Law” (also known as “confidence in the flesh”) with righteousness “through faith in Christ” (Philippians 3:3-9). The latter comes about not because of our “human effort,” but because we hear and believe the Gospel (Galatians 3:3-5).

This is the Great Exchange: Jesus bore and even became our sin so we might share and even become His righteousness (2 Corinthians 5:21). We are not condemned to ceaseless striving to be “good enough.” Instead, through the cross, we die to all that and do good out of gratitude to “the Son of God, who loved us and gave Himself for us” (Galatians 2:20).

The key to this new life is that we can now live “in Christ.” This is, first of all, a perspective, the way in which God the Judge now views us. But it is also a spiritual reality. “In Christ” we are new creations (2 Corinthians 5:17), joined to others (Galatians 3:28), equipped and released to walk in good deeds (Ephesians 2:10). And “in Him,” only, we may become perfect (Colossians 1:28).

Another way of putting this is to say there are two standards. If we want to claim “a righteousness of our own,” we’ll view ourselves “in the flesh.” The yardstick then is the Old Testament Law of God. Or we can take our stand “in Christ.” In that case, we have died to the flesh, and are no longer under the Law. The yardstick is Christ Himself, standing in our place.

These threads come together in Philippians 3. Before his conversion, Paul had confidence “in the flesh.” Measured by the Law, he was without grievous fault. But the presence of Jesus (more righteous than the Law, as we see in the Sermon on the Mount) showed him to be a violent sinner (1 Timothy 1:13-15; 1 Corinthians 15:9). And later, a Spirit-quickened conscience revealed his covetousness (Romans 7).

From that point on, Paul exchanged one standard for another, dying to fleshly striving in order to be found “in Christ.” See the Amplified rendering of Philippians 3:11: he now seeks a spiritual and moral resurrection out of sin, even in this life.

What all this means, I think, is that we will never be able to stand apart from Christ and say we are perfect. Throughout this life, if we (in our flesh) claim to have no sin, we are deceived (1 John 1:8). But so long as we are “in Christ,” filled with and led by His Spirit, there is no sin that must have dominion over us. As He strengthens our will, we are able to break with sinful habits and even overcome deeply rooted patterns of thinking.

I recall an account of a man who had been helping a troubled neighbor. At last, one day, he asked if she would like to know Jesus. “What’s He like?” she queried bluntly. In simplicity, and considering the course of their friendship, he answered, “Jesus is like me.” And she said, “Then I’ll have Him”—not because the man himself had attained sinless perfection, but because he brought near the pure love of Christ.

Moment by moment, both yardsticks are available to us as believers. We must consider ourselves dead to sin and Law and flesh, and choose to live “in Christ” (Romans 6:11). At times, it may even be instructive for us to follow Paul’s lead in Romans 7, and stand under the Law to examine our showing in the flesh—not in order to despair of our salvation, but so we may remember to despair of our flesh.

But teaching on Christian righteousness is perhaps best used as a challenge, not a cudgel. In 1872, a British evangelist named Henry Varley remarked to D.L. Moody, “The world has yet to see what God will do with a man [or woman] fully consecrated to Him.” Those words became Moody’s life goal. May they be ours as well.

John Espy is an instructional writer who lives in Kansas. He blogs at Bible Weigh Station, bibleweighstation.wordpress.com. 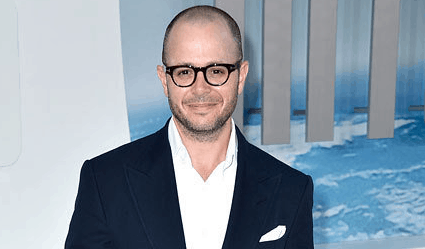 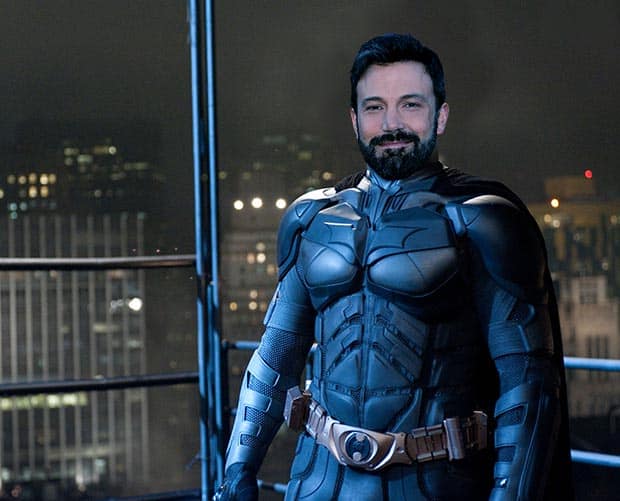 Ben Affleck Knows How You Feel About Him Being Batman