At the beginning of most of my introduction to philosophy classes, I find myself having to emphasize to my students the practical benefits gained from the study of philosophy. I challenge students to think critically about different theories and views we will inevitably encounter.

To model this, I often start the term with my own personal story with philosophy, much of which centers on 19th Century Danish philosopher, Soren Kierkegaard, whose 203nd birthday we celebrate today (I discussed part of my journey for RELEVANT on Kierkegaard’s bicentennial).

As an existential philosopher, Kierkegaard is precisely concerned with how we live our lives. This issue seems to be more significant to Kierkegaard than holding correct beliefs.

Given that Kierkegaard was a Christian philosopher, this might be surprising to some. Yet this perspective was useful in Kierkegaard’s time and remains so now.

The past year or so has involved a plethora of controversies, strained relationships internal to Christianity and unnecessary conflict. Even 160 years after his death, Kierkegaard’s writings and philosophies have much that can apply to the lives of Christians in the 21st Century. Here’s a brief introduction to some of the key things he can still teach us, based largely on some of his writings in Works of Love.

The Man of Many Names

Kierkegaard’s approach to philosophy is unorthodox. Not only does he examine questions differently than thinkers previous to him, but he writes under the guise of various pseudonyms. The pseudonymous works were not written to hide Kierkegaard’s identity, but rather to provide different perspectives on topics surrounding Christianity.

Kierkegaard writes in Point of View that the “issue of his entire work as an author” is the question of “becoming a Christian.” He wants his readers to understand the gravity of what Christianity requires of a life, and his method of doing so is not through theological treatises, but through existential examinations from various viewpoints.

Kierkegaard’s method is called indirect communication. In this process, Kierkegaard wants the reader to existentially (or personally) engage his writings in their own unique manner from whatever vantage point readers find themselves. Additionally, it is his method of showing the strengths and weaknesses of certain positions.

Love Your Neighbor As Yourself

When Luke 10 is invoked, focus is often placed on the neighbor. Kierkegaard rightly recognizes that there is a prerequisite for loving others well: In order to achieve this, one must first love oneself well.

This may seem selfish or backward. Yet what Kierkegaard emphasizes is that one must have a healthy view of self in order to love others well. How am I to love others well if I do not understand what it means to love myself? How can I respect my neighbor if I cannot first respect myself?

The Christian view of self-love is wonderfully distinct from a selfish love. The Christian perspective of love is that it is deeply entrenched in God Himself. Given that we are made in God’s image, this idea of love is deeply rooted in each of us. Yet we have a duty to foster our love for ourselves.

Kierkegaard writes in Works of Love, “This as yourself does not waver in its aim, and with the firmness of the eternal, it critically penetrates to the innermost hiding place where a man loves himself.”

The duty to love others rests deep within us. The means to fulfilling that duty is the as yourself.

Love Your Neighbor As Yourself

Kierkegaard recognizes the seemingly inseparable connection that ought to exist between Self and neighbor. When Christ gives this command, Kierkegaard stipulates that “one’s neighbor is as close to the life of self-love as possible.” The old golden rule is in play here. We have an obligation, a duty, to do unto others what we would like done unto ourselves.

In Works of Love, Kierkegaard briefly examines the parable of the good Samaritan seen in Luke 10. When Christ asked the Pharisee which of the three individuals in the parable performed the correct action, the Pharisee acknowledges the correct response: The one who showed mercy.

Kierkegaard writes, “He towards whom I have a duty is my neighbor, and when I fulfill my duty, I prove that I am my neighbor. Christ does not speak about recognizing one’s neighbor but about being a neighbor oneself, proving oneself to be a neighbor, something the Samaritan showed by his compassion.”

The Beauty and Difficulty of Kierkegaard

The beauty of Kierkegaard is also the difficulty of Kierkegaard. He simply does not let the reader escape a personal reading. Kierkegaard’s perspective on Christian values, evidenced here as love, is not some objective deliberation about the nature of love. Instead he forces himself and his reader to confront the reality that Christianity is something to live out, not merely believe absent of appropriating that belief into our lives.

Kierkegaard vividly reminds the Christian that “with invisible letters behind every work in Holy Scripture, a disturbing notice confronts (the reader)—for there it reads ‘go and do likewise.’”

The significance of this command, to go and live Christ-like, is a tremendous one. It’s the conclusion to which Kierkegaard seems to build. We are commanded to love like Christ loved the Samaritan woman, or Zacheaus, or those who betrayed Him as He hung near lifelessness on a cross. It is a love unconditional. It is a love of close proximity. It is a love that blurs the line between self and other because both parties are the neighbor.

In all the significance that Kierkegaard has had in my life, perhaps none is as important as how he framed the idea of love, and my duty to love myself and my neighbor the same.

In this next year, I encourage you to read Kierkegaard, to ponder his thoughts. I can’t say that you’ll always agree, but that’s not the point. What I can promise is that he will challenge you. That is the point.

Editor’s Note: A version of this story originally ran in May 2015.

Michael Stark is affiliate professor of philosophy at Colorado Christian University, where he has taught since 2012. His research centers on Kierkegard & existentialism, and his work has contributed to several publication outlets. You can follow him on Twitter @michaeldstark. 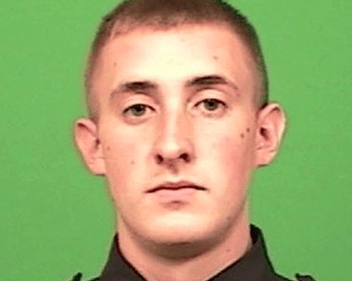 NYPD Officer Dies After Being Shot in the Face 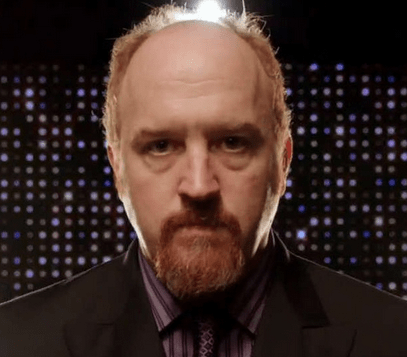