A few weeks ago, I attended a fundraiser for my children’s elementary school. For much of the night, I sat with two dads talking about anything and everything: marriage, politics, our kids, the Broncos, beer, skiing, poker—eventually the conversation turned to the subject of spirituality.

That’s when one dad said to me, “I heard you work at a church around here. Are you a pastor?”

The other interrupted and asked, “Does that mean you’re a Christian?” He wasted no time in telling me how he grew up in a Christian world, and how he has now distanced himself far from it. He knew terrible people who were Christians and wonderful people who weren’t Christians.

Then he said, “I have a hard time believing someday God’s going to decide who gets into heaven or who goes to hell based on whether or not they believed the right thing about a few ideas. Like their life doesn’t matter.”

Like him, I have a really hard time believing that too.

I say this because none of us are right about everything, nor are we wrong about everything. But this does raise an important question: What are the right things to be wrong about? Not just the little things but the big, important things. The kind of things that can lead to churches splitting, people leaving churches, pastors writing condemnatory blogs about the beliefs of other pastors and relationships falling apart.

The Problem with Being Right

Many of us spend immense time and energy on ensuring we believe the right things about God and faith. We believe truth, by nature, is exclusive. The larger problem is, truth is rarely as exclusive as our claims about what is true.

It’s possible that we have overlooked something important in our quest to be right. I’m speaking of the power—or our limited power—of observation, which influences our understanding of what is right and wrong.

In the early 16th century, most people believed Earth was the center of the universe. They taught this was the clear teaching of Scripture and this view of the universe was the biblical worldview. Then Nicolaus Copernicus challenged this widely held notion.

He claimed the Earth was not immovable, taught the Earth orbited the sun and was in constant motion. He finally published his ideas and died shortly after, but his thinking did not die with him. Decades after the death of Copernicus, Galileo Galilei proved Copernicus right.

Galileo used new technology, a telescope, to observe stars, planets and moons. He observed things Copernicus could not see with the naked eye. Even though Galileo had what seemed to be irrefutable proof, he met harsh criticism.

Of course, today we know Galileo was right and the Church was wrong. His understanding of the Earth and the sun became the accepted and proven way of seeing the world. The power of observation changed, and because of that, what we believed to be right changed too.

Less than a year after Galileo died, Isaac Newton was born, and his ideas challenged convention too. Newton proposed ideas about how the world works in relation to energy, motion and the force of gravity. Eventually, his ideas were tested, proven and accepted as laws. His insights and discoveries were held to be true for hundreds of years.

However, unlike Galileo, after Newton died, his theories were shown to be flawed. Centuries after Newton’s death, the theory of relativity expanded the range of physical conditions, which exposed flaws in Newton’s thinking. Newton was not right about everything.

Brian Greene brought great insight into how people like Galileo can be labeled a heretic but later be proven right, and how Newton could be considered right and later be shown to have flawed theories. Greene spoke about the power of observation and how it often determines what we believe to be right and wrong.

He spoke of the continual expansion of our universe, and how in future, the galaxies we currently see will no longer be visible from Earth. The day will come when scientists will observe nothing except an empty, black sky—an observation we know to be wrong. What if those future scientists read our observations about a sky filled with planets, stars, supernovas, stellar nebula and galaxies? Will they believe ancient observations or their own?

A Changing Faith in an Unchanging God

This raises the question, “Who is right: we or the future astronomers?” Before we say we are right and they would be wrong, let’s not forget they would have as much proof as we have. The difference lies in what we observe now and what they will observe then.

This points to a truth: Our ability to observe influences what we believe to be right. Humanity has always observed new things, which has led to new understanding about the Earth, the Bible, science, God, the human body and the Church. Our new understanding has reformed and reshaped our beliefs about what is wrong and right.

Nowhere in the teachings of Jesus does He command His followers to be right, but He does invite us to be faithful. We must learn from Him, and move from an ego-driven need to be right and move toward a soulful desire to be faithful.

This does not mean we give up discussing different viewpoints or working to deepen our understanding of God. But it does mean we should adjust our thinking when it comes to how we approach our relationship with God. We must dig deeper than ever before and always understand we’ll never stop observing our unchanging God in new, different and better ways. Through this we will learn how to be more faithful to Him.

And when we learn this, it will lead us to a changing faith.

This is an excerpt from Changing Faith: Questions, Doubts and Choices About an Unchanging God by Michael Hidalgo. 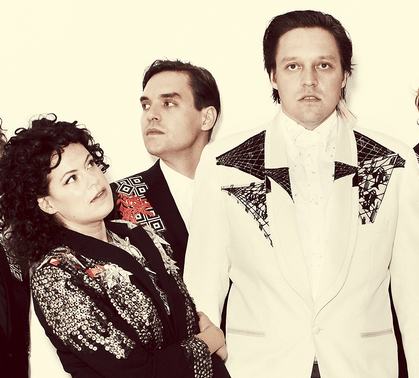 Arcade Fire Is Opening a Restaurant in Montreal 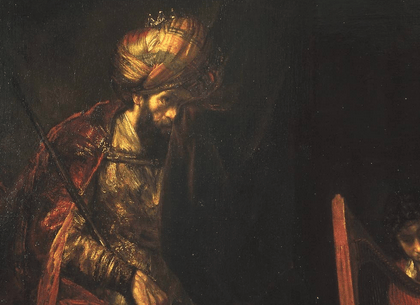 ABC Is Making a Series about King Saul