He’s made Justin Bieber cry from the pulpit and baptized NBA MVP Kevin Durant, but writing off Carl Lentz as just a “celebrity pastor” doesn’t do justice to just how humble and engaging the pastor of Hillsong NYC is. He’s familiar with criticism (who isn’t?) and in our conversation, he tells us about how he deals with it, ministering in the spotlight and the crazy schedule he calls life.

Q: There’s a lot of pushback to things that you say and do. How does that resonate with you, being so public and being so responded to in such a large form?

A: Somebody once told me, “make sure the right people don’t like you.” And I feel like we are doing well in that regard because the pushback comes from Christian people that just don’t understand what we’re doing and don’t want to dig a little deeper … or even try to understand.

So I’m totally OK with it. Part of our goal is to make the Church better and to impact the Church, not just lost people or those that don’t know the Lord. I feel like the call on our church is to really help church growth, so I’m OK with it.

Obviously, some things cut a little deeper than others, but by and large I really feel like we’ve had a really awesome favor with media. If you see some of the stuff that’s in secular media, whether it be a news outlet or details in a really cool article, that stuff is really positive. It’s only like the random Christian stuff that just lights us up like Christmas trees … I think it’s part of the journey.

Q: I feel like the Christian media tends to eat its own tail sometimes. Why do we do that to ourselves?

A: It’s easier to do that. We’d rather tell a young person what’s wrong or what’s right, rather than take the longer, better approach which is, “Well, what do you know about the Holy Spirit? What’s God showing you? What do you think the Bible says? Why do you think it says that?”

A conversation is a lot more work than a statement, and I think that’s why churches like ours have an impact because we’re allowing room for people to actually think for themselves and to actually learn. So we always say the way we want to teach to our church is not about right and wrong necessarily, it’s about Jesus and it’s about the Holy Spirit. Right and wrong has to come out of that because if you don’t know the Lord and all you’re getting is right and wrong, you’re getting religion.

So I think Christian media sometimes will fall into that unknowingly.

Q: You’ve said you don’t want to talk about “behavior modification” from the pulpit on difficult issues such as homosexuality, but it doesn’t sound like you shy away from having these hard conversations. How do you go about engaging those tough topics?

And the homosexuality issue … this is not a new subject. Just because our culture wants to say it’s a hot topic, it’s not like there wasn’t homosexuality in the Bible. It’s not like they weren’t dealing with this forever. But I think the way that we’re doing it, we have to change something because we’re not winning this fight. We are not reaching a whole segment of our community with any sort of information or love. It’s a shut door because of the way we approach some of these things, and I just don’t want any part of that.

Q: You’ve been called a “celebrity pastor” and there’s always this negative bend to that label, but when you hang out with, say, Justin Beiber, what’s the difference in your outreach?

It’s the same with a celebrity. We talked last night and there were moments there where I just had to take a breath and say “I don’t know how you do it, bro.” I mean, people come up and put the cameras in your face, nonstop. They are horrifically rude. So, I think for us, we have never looked at what somebody does, we try to look at who they are—God has called us to talk to people. So whether you’re a nobody or a somebody in this world’s eyes, you should have a right to have love and to be pastored. 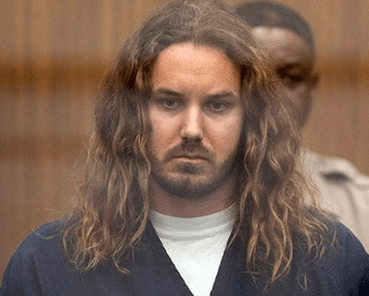 Why Did Macklemore Dress Up As an Offensive Jewish Caricature?