I was ordained as a pastor at 22. And I love my job. But truth be told, I’ve also hated it at points.

Most of all, I am grateful—thankful to God that He saw something in me and allowed me the privilege of serving His people.

As a pastor, I have messed up so much that sometimes I feel surprised that God keeps believing in me. I’m humbled that so many people have supported me, sat through my teachings, been kind when I failed.

An important aspect of any leadership position is being able to admit when you’ve messed up—to recognize your shortcomings and learn from your mistakes. So—in the hope that these can help you become a better leader yourself—here are some of the biggest mistakes I’ve made as a pastor:

When I Exaggerated the Story

Exaggerating, a.k.a. embellishing the truth, a.k.a. taking license with reality—lying, basically—can be a big temptation for preachers. But the truth is beautiful, it’s daring, it’s captivating enough. And it carries more power than any add-ons you can produce. Say it like it is, or don’t say it at all.

When I Dismissed Other People’s Problems

There have been times when someone brought a concern or problem to me and I essentially said, ”Get over it.” I usually said it in a nice way. I sounded spiritual and caring while doing it. But it was the advice of someone who didn’t really care.

I didn’t want to be that someone, but most of the time I was so consumed with the things I was dealing with in my own life that I had nothing else to give. So “Get over it” really meant, “I have no solution,” or, “I have no energy to walk this road with you.”

From now on, I’m going to try my best just to listen, because even if I have no solutions, I have ears, a heart and hope.

When I Pretended to be Humble

Humility is easy to fake, but doing so is actually very prideful. You share enough to appear humble, but not enough to actually be humbled.

Our generation is enamored with the idea of vulnerability, but we’re not very good at it. It has become a marketing tool to appear approachable. We’ll share some, but not enough to let people really get close to us. We still want control. We’re still ashamed. So we hide.

When I Thought Everything Depended On Me

I wanted to be in control, so I scheduled too many meetings. And the “meeting” became the main driver. I forgot to value the faces and began to focus on the agenda. I realized that I was communicating unspoken messages like,”I don’t trust you,” “I need to keep my eyes on you” “Unless I lead you in this project/strategy/situation you will fail.” Which of course, was unhealthy for both me and my team.

When I Started to Fall in Love With Western Christianity

Focusing too much on the ideals of our culture made me fall out-of-love with Christ. I was trying to be a celebrity but not a servant. I wanted Twitter followers more than Christ-filled ones. I cared more about the light, the sounds and the program. So I forgot the broken, the faithful and the privilege of sharing the good news.

When I Devalued Community

It’s easy to believe the lie that “ministry is a lonely place.” It can be if you let it, but it doesn’t have to be. When I bought into that lie, I allowed myself to be a hermit, to play the victim card. But we were all created for community. This is not a cute church slogan, it’s a reality for survival. We need each other, and church leaders aren’t an exception to that rule.

When I Acted Spiritually Superior

There’s often a temptation in the church to act like you’re a spiritual superstar, especially when you’re a leader. I’ve caught myself telling everyone how much I pray, or about the last time I fasted (which was 2004, but I’m still taking about it), or how good this morning’s time with the Lord was. But Jesus was all about keeping that stuff to yourself. Expose your weaknesses, let your strengths speak for themselves.

When I Expected Everyone to Put My Ministry First

At times, I have treated the congregation like they were all full-time pastors, demanding stuff from them like they were all employees of the ministry. I expected them to drop everything for the sake of the kingdom, but the problem was, often it was for the sake of my kingdom, where I ruled as king and lord. Never forget, the whole point is to serve, not to be served.

Confession: I once considered missing my son’s birthday to go on a ministry trip. A combination of my wife’s stare and God’s guidance allowed me to see the light and I didn’t go. But I was on the edge. I should have said “NO!” without blinking.

Obviously, ministry is important. It’s an important aspect of my role in building the Kingdom of God—but my role as a husband and father is most important, and it’s easy to forget that. My wife is my calling. My boys are my disciples. My family is the congregation.

When I Waited Too Long to Get Help

Are you in pain? Are you constantly feeling alone? Do you have emotions that seem out of control? That was me 12 months ago. And the self-awareness in this list was part of the healing process. Trust me, you need to talk to someone. Like right now. Pretending won’t do you any good. Don’t fight alone, you might lose. And that would be a shame.

Yes we are flawed, but that is precisely why Jesus made a way for us all to become the children of God. Confess your flaws, embrace His strength. We are good at being weak, but God is better at being strong.

Carlos A. Rodriguez is the founder of happysonship.com. He has been teaching about God, the Father, for more than 12 years. He was born and raised in Puerto Rico but was transformed and trained in the renewal in Toronto. He serves as pastor and communications director at Catch The Fire Raleigh, but more importantly as husband to Catherine and daddy to Alejandro and Sebastin. He lives in North Carolina and travels to the nations sharing the message of Adoption and Sonship. 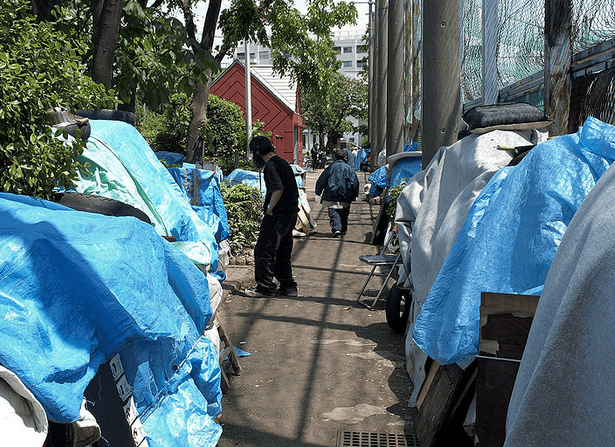 Research: Providing Housing for the Homeless Is Cheaper Than Leaving Them Without Places to Live 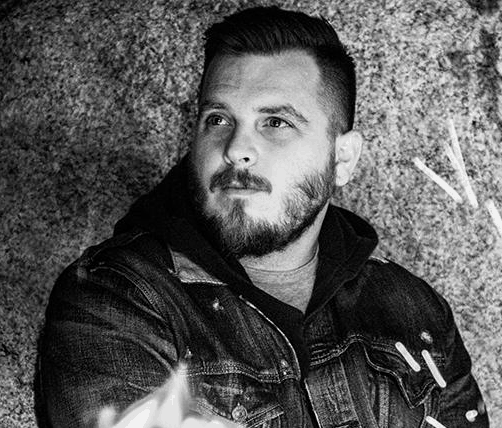 Check Out Dustin Kensrue’s New Tune, ‘Back to Black’