The church was once the workshop for the greatest art the world has ever known.

Wander through an ancient cathedral. Rest in front of a Renaissance painting. Listen to a 19th century hymn. All of these are amazing feats of art inspired from a desire to lead creation toward its Creator.

Where are we today? Worship music that sounds like a bad U2 cover band—or if we’re really hip, a bad Mumford & Sons cover band.

Many churches are no longer seeking to create unique encounters with God. Instead, we’re often settling for following a successful model from a book or personality.

Real talk: there is very little about the modern evangelical church that is creative. And this is a huge problem.

If the Church is going to reach the current generation and those to come, it must engage culture with more than cover bands and cults of personality.

We must rebuild our creative heart. We must reclaim our place as creative leader in the story of humanity. Here are some ways this restoration can begin:

1. Embrace The Crazy Beauty of Artists.

“And those who were seen dancing were thought to be insane by those who could not hear the music.” Depending on whom you believe, this was said by Friedrich Nietzsche, Henri Bergson or even George Carlin. Probably a great minds thinking alike type thing.

The fact remains: Most of us can’t hear the music anymore. We’ve grown creatively deaf. So when faced with an artist who can still hear their internal song loud and clear, it’s easy for us to assume they’re crazy for dancing.

But it’s such a beautiful kind of crazy—innocent, raw, unfiltered. And absolutely necessary.

Artists can be a challenge to work with. They’re an emotional crowd. But that’s only because they’re more in tune with their emotional spectrum than most. That’s how God designed them. And because of that, artists can give language and vision to our deepest emotions. When we reach the end of our limited emotional bandwidth, artists take us further.

Welcoming a little artistic insanity into our churches is a crucial first step. If for no other reason than it might start our souls dancing again.

We’ve come to rely too heavily on the free contributions of our artists. I get it. We are called to offer our gifts, finances and time as sacrifices. But there is a problem when we always apply this thinking to artists and their art.

In 1 Timothy, Paul states the importance of paying ministers. We need to start seeing our artists as ministers and start paying for their contributions. We rightfully take offerings for missionaries and guest speakers. But when it comes to artists, we pay only with opportunity and platform.

We need to rediscover the value of art as ministry. What if more churches had artists in residence? What if the first question we asked artists wasn’t “how can you serve us” but, “how can we fund your creations?”

Great art costs the artist. The least we can do is compensate them.

In an interview during his prep for the movie, Ray, Jamie Foxx tells the story of the first time he played piano with Ray Charles. Foxx sat down, trying to calm his nerves and just get through it.

Charles’ response was priceless. “Now what’d you do that for? You know where the right notes are. Just hit the right ones.”

While art is subjective by nature, there are elements that are objectively good or bad. An out-of-tune note is displeasing to the ear. Wooden dramatic performances are uncomfortable to watch. Poor writing fails to engage the mind.

The Church is, of course, meant to be a place of support and encouragement. However, we have to be careful that we don’t extend this to a point that costs us objectively good art.

Criticism and critique aren’t bad words. Sometimes they’re necessary. We have to stop blindly encouraging our artists and instead encourage them to aspire to the best version of themselves. We need to be willing to say when some art isn’t ready for the congregation yet.

We need to be willing to hit the right notes.

Many worship teams today are required only to print a chord chart, listen to a track and then karaoke the experience to the best of their abilities. To be sure, there are extremely talented teams and leaders who are fantastic at this exercise. But here’s the problem: It is wholly uncreative.

If the Church is going to re-establish itself as a birthplace for creativity, it has to take a stand against mimicry. Imitation may be the greatest form of flattery, but when our efforts end at imitation, I think it borders more on insult.

It’s certainly easier. It’s safer. But it’s wrong. With so many new songs to write, new sermons to speak and new pieces to perform, why would we ever settle for the art that’s already been created?

Standing on the front lines of a revolution will always carry with it greater risk. Many of us who take up the charge as creative leaders will find ourselves taking the first shots from the opposition. Many will be thought crazy, irreverent and even sacrilegious.

And we will likely fail. A lot. But that’s when we get up and keep creating. Art that hinges on the hope of success will never reach its potential for greatness.

Great art is an investment of self and soul. Any investor will tell you that the greater the risk, the greater the reward. Artfully leading people into the story of Christ is the most risky endeavor of all.

But that’s only because there’s no greater reward than inspiring creation to return to its Creator.

David Ryan Gutierrez is a Christ-following writer, drummer, spoken word artist and budding actor based in San Diego, CA. You can find and follow him online at twitter and instagram @davegute or in person pretty much anywhere caffeine is readily available. 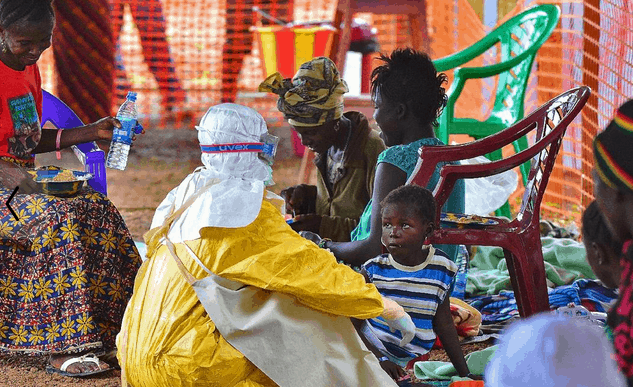 The Gates Foundation Is Giving $50 Million to Help Fight Ebola 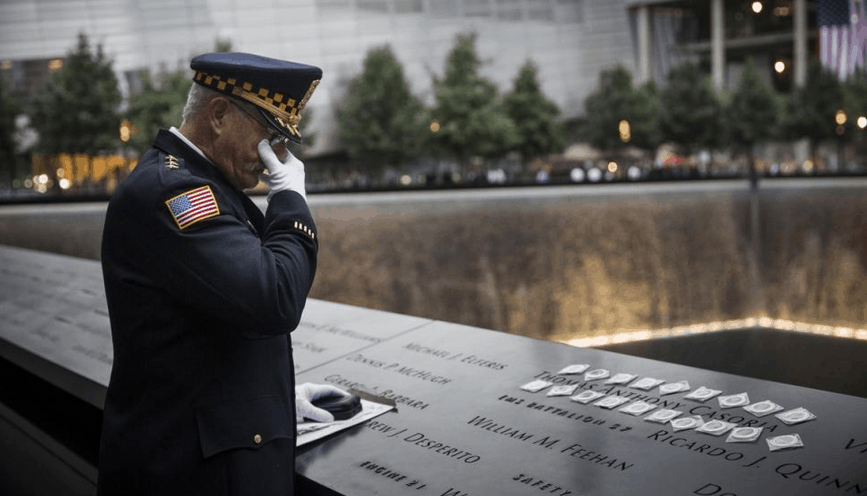