I have a confession to make: I’m cynical about the Church. And because I’m cynical, I decided to give up.

I’ve always struggled with my cynicism. It’s something I fight daily, while wanting to be wrapped in the wonder of God.

But unfortunately, things like reality, petty disputes and little vices get in the way. They take my hope in the Church and mold it into a destructive attitude.

Just recently, after another brutal controversy rocked the Christian world, I felt my cynical attitude rage with fiery passion. It was hard to ignore this time. It kept tugging on my mind like a 3-year-old snatching at his mother’s dress. I couldn’t turn away.

Just as it reached its peak, I gave up.

I didn’t choose to give up my faith, however. I don’t think I could ever stop believing in God.

Instead, I gave up several of the attitudes I held toward the Church and toward my own opinions and beliefs. I gave up jumping into every squabble, always having to be right, being frustrated that the Church isn’t perfect and other destructive attitudes I’ve had for years. I’ve found this attitude shift has helped transform my cynicism into hope—something that will ultimately help the Church and my faith much more than my negative attitude.

Maybe you, like me, are finding cynicism creeping into your view of the Church. Here are a few tips to get rid of that attitude.

Sometimes, the Church can play out like a middle school cafeteria, where it becomes a game of “he said/she said.” Social media has only amplified this tendency. It seems like every two weeks a new controversy strikes the Christian world, and blogs must get out their responses within two days or risk their opinion not being heard.

But as we continue to comment on the issues that divide, we only stir the pot in a cycle that distracts us from our true mission: love God and love others.

If we can learn anything from middle school, it’s this: Adamantly standing for an opinion when facing petty drama never matters as much as we think it does.

2. Don’t Pretend You Have a Monopoly on God’s Every Single Thought.

I used to read the Bible like it gave me complete knowledge of the mind of God, and if someone asked me what God wanted for a certain decision, I could spit truth. But instead of spit, I’ve found that my regurgitation often looks more like vomit—it’s messy and dirty, mixed in with my own religious piety.

I don’t know what God wants in every area of life, and I’m OK with that. No one ever said all mysteries were meant to be solved.

3. Don’t Buy Into the Culture Wars

Sometimes we take our religious dialogue too far into warlike language. We say words like “us,” “them,” “fight” and “battle,” giving us the impression that we are wholly against another group of people. At times, it feels like our goal is to win a battle over culture rather than redeem it to love Christ.

I’m not picking and arguing a side anymore. Christianity was about living out a victory God’s already given us, not fighting a war against flesh and blood.

I often mistake my opinions for truth, and hold them tightly with clenched fists. I’m ready to battle people on my opinion. But it wasn’t until I noticed others fighting for their opinions that I was revealed to how absurd it is to treat my opinions like absolute truth.

What we have to say does matter, but it doesn’t matter at the cost of what the Bible teaches us to do: to love God and others with passion. We hold to a few precious truths adamantly, use them to love others with the same love God showed us and cling to our own opinions and interpretations loosely.

Sometimes, I feel like I’m stuck within a Christian culture rather than a movement to change the world. I talk about Christian things to Christian friends at a Christian school to get a Christian education, all the while only glancing upon a world itching to hear good news. It’s seems so counter-productive to our mission at times.

Just recently, I’ve learned that when I feel stuck, it’s not an opportunity to grow bitter and cynical towards the Church for not doing its part, but rather a chance to be the change and shift the gears of complacency forward.

It can be easy to fall into the trap of obsessing over how much better we can be—whether personally or as the Church Body. We see improvement and get hopeful, but then something happens and we’re once again reminded that we are all flawed people.

But, taking a lesson from Jesus’ story, we can learn to love the mess, no matter how stained and dirty it may be. We’ll never be perfect in this life, but our hope is not in our own perfection, but rather, our Savior’s. Improvement happens when we are aware and at peace with our imperfections and Who they point to.

7. Don’t Be Afraid to Commit

Many times, it seems like it’s easier to give up entirely. It’s easier to not be a Christian than struggle to see the beauty and grace lining the mess.

But what’s easier is not always the necessary action. Struggle refines growth, and the more we choose to wade through the sludge of shallow waters, the closer we’ll be to swimming the sea.

On my way to loving God and others more passionately, these are the attitudes I’m trying to change; and so far, it’s making all the difference.

Neal Samudre is the creator of JesusHacks.com and is the author of Jesus Workforce, a guide to help people build better habits and grow as leaders in the workplace. Subscribe to his free course to learn how you can live like Jesus in a busy life. 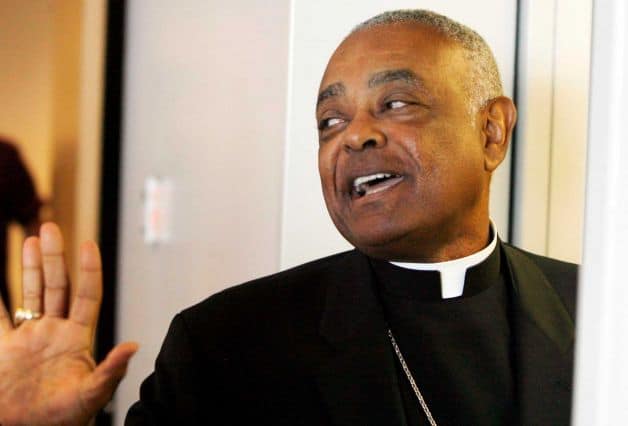 Brad Pitt Making a Movie About the Steubenville Trial