The first funeral I ever officiated left an impression. It was a “Christian suicide.” While I am thankful for my seminary degrees, there are certain experiences no classroom will adequately prepare anyone for.

At 43, Kim was in the prime of her life and a devout Christian who regularly attended our church. She was married with four beautiful children, a lover of animals, and nominated by the local school district for Teacher of the Year, with 20 years of stellar performance. Kim struggled with chronic depression, and one day, she saw no way out and decided to take her own life.

My experience with Kim and her family awakened me to the stark reality of mental illness—the invisible illness—within our church families. After receiving thousands of questions at our Christian Thinkers Society events, the most frequently asked relate to suicide and mental illness, topics we rarely hear addressed from the pulpit.

We are all far more dangerous to ourselves than we are to other people. Globally, one person dies every 40 seconds by his or her own hand. More Americans die by suicide than from war, cancer and HIV/AIDS combined. Tragically, there have been scores of deaths by suicide even among pastors and their children throughout North America. Until you have been brought to the brink, you may not understand the intensity of another individual’s struggle that might trigger a suicide attempt—even if they are a “minister.”

What’s more, we have become a church full of invisible diseases—serious mental illness rampages through our congregations, yet most attendees fail to see or recognize the reality of these diseases. Mental illness is the elephant in the room each Sunday. No one feels comfortable talking about it. Yet, the ministry of Jesus focused on removing barriers to belief and restoring people who were suffering: “When Jesus heard this, He told them, ‘Healthy people don’t need a doctor—sick people do. I have come to call not those who think they are righteous, but those who know they are sinners’” (Mark 2:17).

No one is unaffected by mental illness. If you have not personally struggled with mental illness, chances are that your friend, spouse, child, co-worker or neighbor has. As Christians, we need to build awareness of the problem and remove the stigma, because mental illness is widespread and affects everyone. A LifeWay Research survey found 66 percent of pastors rarely or never address the subject of mental illness from their pulpits, and the same survey revealed that the majority of churchgoers wish their pastors would discuss it.

Many stigmatize the mentally ill as people in hospital gowns committed deep inside a psych ward. This is an exceptionally inaccurate depiction of someone with a mental illness. People with mental illnesses worship at your church and probably attend your Bible-study group with you.

The biggest problem in our churches related to matters of mental health and mental disorders is silence. Statistics reveal that one in four people suffer from mental illness. Invisible illnesses of the brain have the power to isolate you, cause you to cease to be a productive member of society and shorten your lifespan. Mental illness is not a choice, but the good news is that it is treatable—especially when we shine light on the “invisible” diseases of our brain.

The Bible discusses mental health; so should the church, regularly.

Stop the Shame and Exclusion

Mental illness does not separate people from the love of God, and it shouldn’t separate us from the love of our church, either. Far too often, the average Christian feels ill-equipped to respond to a suicide or mental crisis. I will never forget the time I was meeting with a new family who informed me they had joined our church after their previous church had asked them to leave because of a family member with mental illness.

Too often, instead of integrating and assimilating those who struggling with a mental illness, we segregate and exclude them. We may not mean to, but in this process we shame people who don’t deserve it.

It is possible for a Christian to be chronically depressed. Many Christians suffer from a myriad of mental illnesses. If you are depressed, you are not alone. Following Jesus Christ as Savior does not eradicate anyone’s behavioral weaknesses; hereditary tendencies; or biological, mental and emotional state.

Mental illness is isolating. Those who suffer feel cut off from the church and abandoned by God. People with sick brains may not simply be “fixed” at the altar by a passionate prayer or anointing oil. Does God heal? Absolutely. Does He work miracles? Absolutely. However, just as we have people who continue to struggle with physical problems, there are also those who continue to struggle with mental/emotional problems—which is defined as a physical dysfunction of the brain. We must avoid shaming them.

Babe Ruth once said, “It’s hard to beat a person who never gives up.” The church should never give up on, cast aside, or push out the mentally ill. The church needs to be present on the frontlines, ministering to all those who’ve been afflicted, by implementing a healing equation:

– Admit that every family struggles. We’re all broken. We’re all messed up.

– Love instead of judge, condemn and misunderstand. One of the convicting observations I made very early in my ministry is that Christians don’t “gossip”—they share “prayer requests.” One of the reasons we do not discuss mental problems in the church is due to a fear of people gossiping and ostracizing us.

– Encourage the mentally ill to serve within our church communities. Most people struggling with a mental illness are extremely witty, goodhumored and highly intelligent. It is an often-overlooked fact that some of the greatest Christians of all time have had lifelong struggles with depression, thoughts of suicide and mental illness.

Jeremiah Johnston, Ph.D., is the founder of Christian Thinkers Society (CTS), and author of Unanswered: Lasting Truth for Trending Questions. 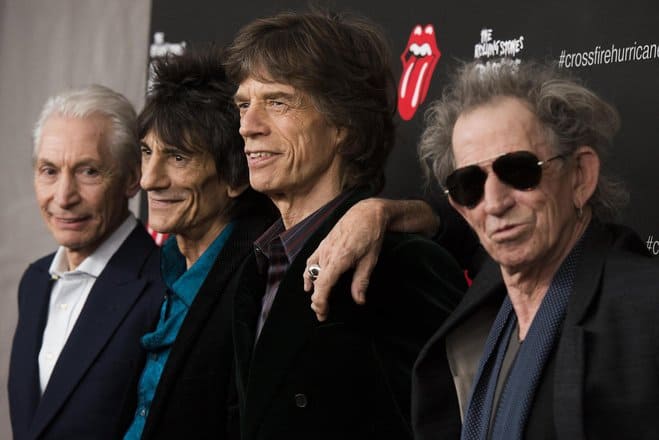 The Rolling Stones Are Releasing a New Album This Year