There are several topics that are known to ignite controversy in many Christian circles, and one of those is church attendance.

A few weeks ago, author and Storyline founder Donald Miller found this out the hard way. His blog post confessing that he doesn’t feel that he connects very well to God in the setting of a Sunday morning church service quickly went viral, drawing criticism, some rebuttals and plenty of questions.

We recently hosted a live Q&A with Miller to talk about the controversy, his views on the Church, what he thinks community should look like and more. You can listen to the full interview here.

Q: I’m just going to start … what’s your problem with the Church, man?

A: Well, here’s what happened. Here’s what always happens. I write a blog that I think is going to be really controversial and you just hear crickets, right?

And the blog is where I just practice thinking, I mean I’ll spend a year on a book and I’ll spend three minutes on a blog.

So this was about thinking about Sir Ken Robinson and education reform, the fact that the Church is born out of this scholarly legacy post printing press, reformation, all that stuff. Scholars kind of took over the Church—it looks like a school in many ways. And so I talked about the reality that I don’t get a lot out of church when I go. I don’t connect with God very well there, and I wondered if it wasn’t more of a learning style issue because it is a lecture format, and it’s not how everybody learns.

So, probably about five years ago I stopped attending with any regularity. It’s really funny because for a couple of years I didn’t go, but I would still tithe. I would still send my money because I love the people—my pastor and I were good friends.

So I wrote about that literally thinking I would just get crickets. I thought everyone would go “Ah, of course, different kinds of learners.” But I think where I was naive was to not realize that this is an issue that is very close to people’s hearts. If you think there’s a problem with it, a lot of people sort of take it as a blanket aggressive statement, which was not intended from my heart at all.

The push back I kept getting online was “you’re being really selfish,” “this is narcissism,” “the Church isn’t about you” and these kinds of things. So that part of it kind of hurt because I hope I’m not a narcissist. I hope I’m not walking to church saying “please me.” And I also hope that none of us have to go to church because we hate it and it’s our obligation.

The blog was really intended to start a conversation about the millions of people who are like me who simply don’t learn that way. I don’t experience community sitting with 200 other people facing forward and hearing a lecture—that’s not community to me. So, there was a little bit of a sensitivity on the part of the readers that I wasn’t remotely prepared for and didn’t realize I was stepping on toes.

In hindsight, I probably wouldn’t have posted that blog. Some things are better left unsaid when the chances of you being understood are very slim because they’re such a sensitive issue.

Q: I’ve been seeing all of these rebuttals …

A: I’ve read some of the rebuttals and it just felt like they were rebutting things I didn’t say. I didn’t say “I don’t like the Church.”

The other thing that was amazing to me was the “he’s not going to church so he’s choosing to be isolated.” And I just though “what in the world?”

That kind of made me sad because I felt like “oh, people don’t know how to create community for themselves.” They go to a place where community is created for them.

It felt to me like this: If I said “You guys, I’m no longer eating at Arby’s” and the response was “you’ll starve.” Wait a second, there’s a thousand restaurants, there’s grocery stores, there’s farms, there’s a million ways to do this, but we have literally trained ourselves to think there’s one way and this is what it is.

Even that idea is absurd because there’s 360,000 different Christian denominations. So it’s not like this is a unified being. This is a very divisive and divided culture.

So, I don’t know, I think the topic deserved a lot more nuanced thought then what it was getting with some people.

Q: What would be a model of gathering together in a church context that would connect with people who don’t learn the way you learn? A big part of your argument is the learning style thing. But there’s a lot of people who are there with you saying, “I don’t learn that way, but I don’t want to lose the Church.”

A: Yeah, I would fault myself for that in the blog, too. It was unwise of me to write a blog like that without saying “here’s what my life looks like … and it’s just my life. It’s not me teaching anybody how to do anything differently.”

My way of doing church, my way of doing community is far from perfect. It is probably missing elements of the biblical church that I think that we are instructed to partake in. I mean that as a confession to everybody.

And yet, my intimacy with Jesus is there. My intimacy with God is there, my tracking as a disciple is there. So there are some of these hoops that I haven’t jumped through, but as I confess that I think we also have to look at the way we’re doing church over here in some of these more traditional structures. There’s a heck of a lot missing there too.

What I love about Jesus is that He just works within this mess. He’s not waiting for us to get it perfect in order to do something.

I think one of the problems with the current model of evangelical traditional whatever-you-call-it that we’re doing is a lot of people walk into a church and they feel the agency to be an apostle, to be a disciple of Jesus is given to one person in the room, or maybe five or six—and that’s the pastoral staff. And I would love to see a model of church where the pastor stands up and says “you are all pastors.” Just buy a box of sheriff badges and give it out and read Hebrews and say, “you are a pastor, and this Sunday meeting is time to equip the thousands of little churches that will leave here and take place in your homes around your dinner table.”

That, I think, would terrify most evangelical audiences. We don’t want that kind of agency because it gives us responsibility. If I’m a disciple of Jesus, a real disciple of Jesus, I can’t give my pastor the agency for me. I have to take it in my relationships with my neighbors and the way I do communion.

So I guess what I’m saying is I’m willing to consider other models—as messy as they might be and as flawed as they might be. Not only am I willing, the reason I feel so confident about that is because Jesus is there. So as much as people are mad at me I’m like “ Well as long as that guy is still in the room, I feel OK, I really do.” 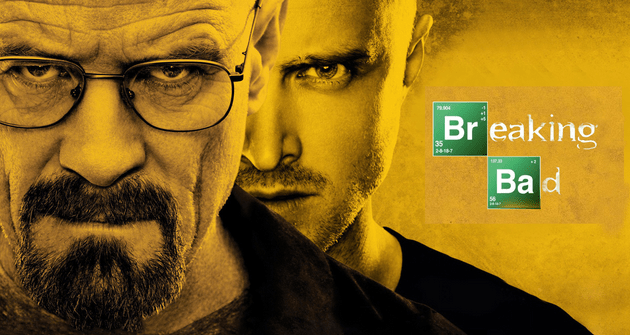