In 2018, Judah and Chelsea Smith had a vision for City Church in Seattle, Washington: a new kind of church experience. This church would feature worship, teaching, community, opportunities to serve — basically everything common to the church as we know it, with one caveat: it’d be online. To the Smiths, this app represented a new kind of virtual experience that would offer church to a new generation more comfortable with digital relationships. They called it Churchome.

The announcement was met with no small degree of skepticism at the time but that was then. Now Churchome’s style of Sunday service has become the norm for almost every church in the country. The coronavirus pandemic has flipped a lot of assumptions about what church can and even should look like on their heads, and whatever you think of Churchome, there’s no denying that it has become an accidental pioneer of our new normal.

RELEVANT sat down with the Smiths to talk about the strange position they’ve found themselves in, some lessons they’ve learned about online services over the years and why they don’t think church will ever be the same.

People are starting to think about the future — what’s on the other side of this pandemic. I know we don’t know how much longer it’ll be wise or safe to stay in lockdown but as restrictions do start to lift in some states, what would you say to people who are being encouraged to start going back outside — and that might include church in some cases — but are still afraid?

CHELSEA: I think your question’s really interesting. You talked about fear. I don’t think we should ever be motivated by fear, but instead wisdom and compassion. So for me, my dad is 70 and in stage four cancer. I probably have a year left with my dad. So we’re using wisdom instead of fear. I am going to make the best decision for this moment for him and for us. The same with Judah’s mom; she’s about to leave and we just used wisdom — not fear — but also compassion and love and relationships that really do guide and lead our lives, to make that decision in our own family.

JUDAH: Yeah. I think practicing empathy and compassion, there’s going to be and is an incredible practice, exercise and opportunity for all of us. The reality is we’re all going to be and continue to be kind of at a different pace. There are people who have lost multiple loved ones, there are people who don’t know what to do because their loved ones, family members, parents and spouses are on the front lines and they’re being exposed to extraordinary amounts of compromised individuals in terms of this disease. So what I’m saying is: I think there are multiple years ahead of some people still wanting to wear masks and we have to go, “That’s OK.” We celebrate and affirm you and love you and respect your conviction. Some will still want to create some distance.

Here, about three years ago, we started to change our name and it started to practice this idea of Church at Home, for a number of different reasons like our vision and God, and then just resources and stewardship. There are a lot of people who won’t want to gather, with 500, 1,000, 2,000 people and we’re going to celebrate that. Then there are people who, as you know, who are already are like, “Let’s get on with it. This thing’s over, let’s move on.” And I’m like, “Oh man, it’s, definitely not over.”

I wanted to ask about Churchome. When you launched your online church app, you got a lot of criticism. Now, we’re all doing it.

JUDAH: Both Chelsea and I, when we first started dreaming about Churchome, no way, no how, no possible scenario did we imagine that Church at Home would become mandatory. I will say it’s added some confidence to some of our key leaders in our church. Just speaking gently, wow, maybe you, maybe you’re kind of hearing a little bit from God to an extent.

CHELSEA: I’m so proud of Judah because he hasn’t gloated, and he could have. Good job.

JUDAH: Yeah, now more than ever, would never be the time for that. The reality is we won’t have a full large gathering for quite some time now. It’s put an impetus on us to say OK, this Church at Home, this is our vision, and we believe that actually people can connect on a level, that frankly could very well be deeper and richer and fuller. And so we’re probably functioning right now as if [large gatherings] would never happen again. Although it will, that’s probably our mindset.

CHELSEA: Well, I think for us the reality is we didn’t start this out of a pandemic. We started it out of a vision. And the vision is: if we’re going to truly fulfill the great commission and reach our cities for Jesus and get people planted in community — if every church building within the city of Seattle was full five times over on a Sunday, those church buildings could still barely contain the amount of people who are in the city of Seattle, let alone the world.
So, for us, this is invigorating to see that community is really happening. People are meeting Jesus every Sunday, every Wednesday we have a service. It’s one thing to think something will work, but then to see it working, it’s really exciting. There’s definitely a part of us that hopes churches all over the world would realize this is a viable way to do church. It expands their capacity and it expands Kingdom money and resources so much further. So we do hope it will last beyond the pandemic.

CHELSEA: It’s so hard. My life was transformed in church building after church building, camp service after camp service, conference after conference. That’s where I encountered Jesus and my life was changed. But I’m doing it for the purpose of my kids. Our teenagers right now don’t actually know how to socialize in groups of 300 or 400 people. Just go to a high school basketball game and watch how teenagers — I mean, once we can do that again — watch how they socialize. They are still at that basketball game on their phones, texting each other. It’s not my language, it’s not my generation. But we’ll [create remote church opportunities] for the sake of them, for the sake of the next generation, to give them a church experience in the language that they speak. I would lovingly say to people who are still hesitant: I know this isn’t your preference, but it’s actually not about you. It’s about the people who don’t know Jesus yet.

JUDAH: The Church is going to get much, much smaller so we can be much, much larger. Not only is that my prediction, that’s currently happening as we speak. We’re going to get more in touch with those in our sphere.

I will say this for all of those who are feeling grief — of loss, of change, of what church was — that is so normal. The grief, the loss, the pain, the missing of the auditorium, the band, the people you love: that’s so normal and there’s nothing anyone like me can say to change that. But I think the change is being orchestrated by God. He’s taking something evil like a pandemic, and He’s going to work it together for good so that the next generation can know the story of Jesus.

So what’s your message for people trying to lead the Church in this new season — and whatever’s on the other side?

JUDAH: Brian Houston says: “You get what you go for.” It’s one of the more basic quotes from my pastor, but wow, is it profound. For instance, if leaders or even fellow Christians keep telling other church members, “I miss the building, I miss this, I miss that,” you’re going to get what you go for. You’re going to keep missing it. If the vision of the church you’re a part of is to get back to the building with a steeple and the choir and the whole thing, which is great, that’s what you’re going to get. You’re going to get a congregation and the community in a circle of people and leadership and team members and staff members who basically are all like: let’s hold on until we can get back to quote normal unquote.

I think normal is thrown out the window. We’re not sure what the world’s going to look like. I don’t think much of the landscape of large gatherings will ever be the same. And so I say, “Hey, what are we going to go for right now? Let’s go for relationship. Let’s go for connection. Let’s go for seeing family members and roommates and teammates like we’ve never seen them before. Let’s engage.” I think some of that messaging will help congregations, communities, loved ones, staff members and people that we love and care about. I get a little concerned when I see some of the messaging from pastors and leaders on social media, that basically is like, let’s just kind of make do, because we need to get back to what real church is. Frankly, real church has never ever, ever been dependent on a building, ever.

CHELSEA: And God never goes back. Give me one verse where God’s like, “I just can’t wait to go back.” God’s always moving forward and progressing. And there are some things that get revisited throughout history. That’s great. But I love that we get to serve a forward-moving God. I want to be part of that forward-moving journey with Him. 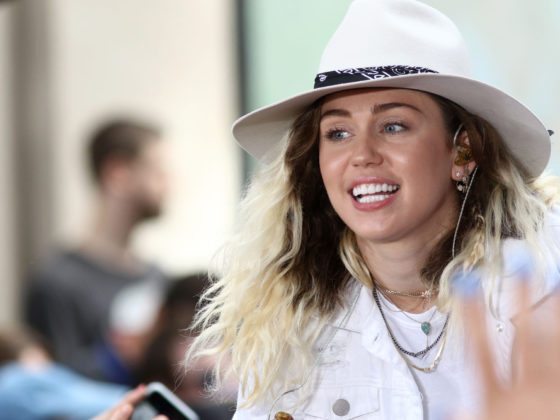 Miley Cyrus Is Admitting Her Privilege Shields Her From the Pandemic 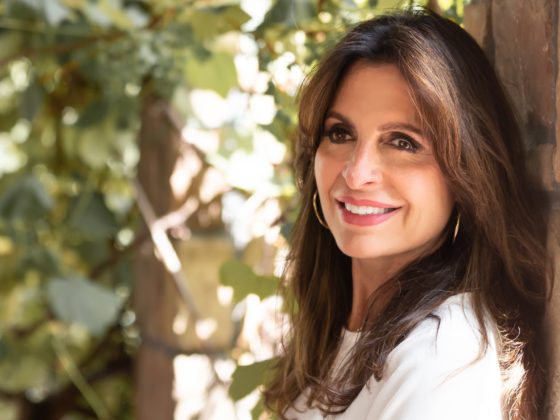