There are a lot of issues the Church doesn’t talk about. We allow these unspoken problems to sit alongside us like regular members of the congregation, and refuse to acknowledge them. Spiritual abuse is one of these issues that has been sitting uncomfortably ignored in the back pews of our churches. Usually, we either act like it isn’t happening or run from it, sometimes abandoning the Church altogether because of an unhealthy situation.

But the time is long overdue for the Church to start talking about and confronting spiritual abuse.

Spiritual abuse is similar to other types of abuse, but it’s committed under the banner of spirituality. It can be subtle or painfully loud—anything from unquestioned pastoral authority, to practices of shaming members if they don’t fulfill religious expectations, to badmouthing members who have left.

Recently, men like Mark Driscoll, former pastor of Mars Hill Church in Seattle, and Ernest Angley, televangelist of Grace Cathedral in Ohio, have given us prime examples of what forms of spiritual abuse can look like. Former church members have accused Angley of a variety of abuse, including forcing women to get abortions and men to get vasectomies. Angley represents the more extreme, and thankfully less common, form of spiritual abuse. However, Driscoll’s case of handling his church with a self-admitted domineering spirit is a type of abuse that can be found tucked away in many of our churches.

It’s fair to say an overwhelming majority of Christians have experienced some variation of spiritual abuse. It took me years to acknowledge that what I had experienced in my childhood church was indeed spiritually abusive. The first time I used that term, I felt dramatic and kind of whiny.

That’s the place many Christians are in. You might feel like you’re victimizing yourself by admitting that you’re in an abusive situation. Or that situation is so normal to you that it doesn’t seem to fall into the abusive category at all. I would have never considered my childhood church spiritually abusive if I hadn’t have moved away. It was only when I was removed from the situation that I realized that what I had considered normal was actually harming me.

Inherently, the Church doesn’t like to admit when it has done wrong, which results in its members burying their hurt. Often, this pain becomes a wedge between God and His people, and I have met many people who have walked away from their faith because it had simply been beaten out of them.

While physical forms of abuse are easy to condemn, what we need to improve on is recognizing the subtle emotional and psychological abuse. This can be an endless list of things, for instance, deeming an action sinful based on church standards rather than biblical principle or questioning the depth of someone’s salvation.

Prevention is, of course, the best way to address abuse in our churches, and we need to begin the conversation about what that looks like on a practical level. I am by no means an expert on this topic, but I know a few things my church could have done to help address my hurt sooner.

A major part of creating an open atmosphere in church is to make sure there are systems of accountability in place for everyone in leadership positions. Allowing a leader to have unquestioned authority over church decisions and policy is a recipe for disaster.

But along with accountability, there needs to be a willingness for church leadership to listen to congregants. I would say that many Christians do not feel that there is room to express their honest opinion in their church atmosphere. In order to address the pain church members may be experiencing, we in the Church need to know what is causing it, which means we have to allow the conversation to happen without immediately jumping to the defensive. This could be done in a variety of ways, for instance, appointing someone to receive concerns that members might have—and giving them the authority to really address those concerns.

A more simple way is to simply talk more about the Gospel, spiritual abuse and what grace-filled and loving Christian leadership should look like through sermons, lessons and Bible studies. If grace, truth and honesty are common practices and topics of discussion in your church, then people will be much more willing to come forward about their own experiences.

Sometimes we get so caught up in our routines and traditions, that we have stopped analyzing them to see if they are appropriate or effective. We have to step out of our normal to see if our normal is actually healthy. Just because you’re accustomed to something doesn’t make it healthy. We could start by continually seeking feedback about our normal from church members or fellow church partners.

Not only is it important to set measure in place to allow people to come forward, but the individual needs to feel that they are being taken seriously. It’s not easy to hear that we’ve done something wrong or hurt someone, but church leaders need to listen with humbleness and sincerity and then take steps to ensure the behavior will be changed.

As we’re working to save the next generations of Christians from this same thing, we need to work on healing ourselves. Prevention is key, but the damage has already been done to many of us. We can start the healing process by recognizing the source of our abuse is not God, but flawed humanity. Through prayer, counsel, surrender and forgiveness, healing can become a viable option to the Church.

Dayna Drum is a journalism student on the cusp on graduation at Biola University. Her heart is a hybrid of Southern California casualness and Texas traditionalism. She finds lots of things pleasant about this life, but the most beauty can be found in words. 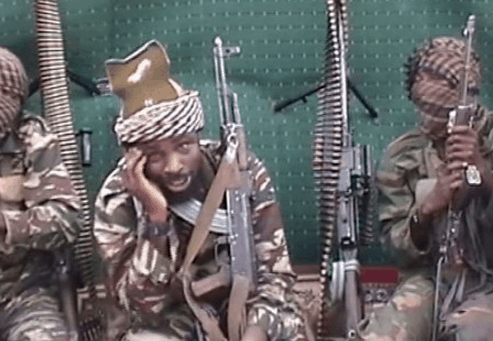 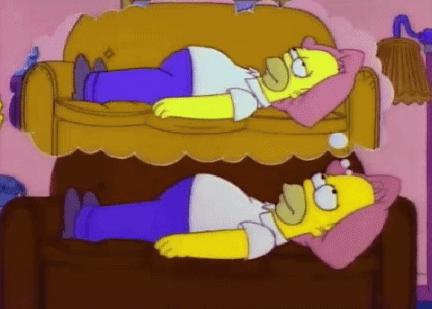 Living Like a Couch Potato Is as Dangerous as Smoking Cigarettes