When Lisa Bevere was first approached about the idea of writing a devotional, she wasn’t interested. As a Bible teacher, speaker and New York Times bestselling author, she had plenty on her plate as it was. Devotionals just didn’t seem like a priority.

But then she realized that she had a message for women in the Church — a message that a devotional could help teach. Bevere has spent her life living beyond the limitations many churches force upon women. Now she’s eager to teach other women to embrace their own strength. The result is Strong: Devotions to Live a Powerful & Passionate Life. We spoke to Bevere about her lifelong dream for women to learn how to embrace their strength and what churches stand to gain if they empower their women.

So what was the origin story of this Strong devotional?

So they made it sound like it was going to be easier than it was. They were like, “Devotions are super easy!” And I said, “Devotions are a source of guilt in my life. I have so many devotionals sitting on my bookshelf that I have never finished reading. So I feel like, why should I write one if I am horrible at reading them?”

But I sat down and I said, “OK, let’s map this out. The challenge I found was I’m used to developing an idea for a chapter and that chapter might be five to 7,000 words. But when you’re doing a devotional, you’ve got to start and stop in about 400 words. So I wrote it and I started to think this is my season to mark some pathways. This is my season to impart. This is my season to say ‘Y’all, this is what I wish somebody would have sat down and told me, but they didn’t.’ I’m not going to make it fluffy. This is going to be about going into the very core of our being as women and the things that would undermine our strength and the mindsets that would negate our right to strength.

So where does this idea that women shouldn’t be strong come from?

I have been trying to undermine that mindset for a really long time. I’m half Sicilian. That does not go well with the gentle, praying woman who’s sipping tea. This is the espresso-shooting woman who is the mother of four boys and has a husband that traveled full time.  I just didn’t find myself in the narrative of the sweet, passive, quiet, organ-playing Christian wife. I had a really hard time finding books that spoke to the challenges that I was navigating. I tend to write books that I need to read.

I had had a conversation with this beautiful younger minister. There’s quite a few of them that see me as kind of their godmother, as their person they go to when they have questions that they’re embarrassed to ask. She had come out of a meeting where she had very much been sent a message that her strength was offensive. She started to tell me and I listened to the whole conversation and out of my spirit, I just said to her, “Hey listen to me. Strong is not wrong. Strong is not wrong.” And she was like, “Thank you.” And I said, “Listen, God celebrates strength.”

When we look at this idea of strength, we see the Christian women who have a source of strength that is unfailing. We look at Ephesians six and verses ten through eighteen and it says, in the Message paraphrase, “God is strong and He wants you strong.”

Then it goes through all of this armament that God provides layer upon layer of strength, things that we can’t get for ourselves. We see David wandering from cave to cave in the wilderness, and he has everything stripped away from him until he actually says, “I love you, Lord,” in Psalm 18:1, “You are my strength.”

So God is our strength. And when you look at the synonyms of strong, there’s not one negative. It’s not harsh. It’s not mean. It’s not aggressive. It’s focused, it’s passionate, it’s fervent, it’s magnificent, it’s robust. These are all things we’re going to need to be as a body of Christ if we’re going to rise and make a difference. But the antonyms of strong are horrific. They are things like weak, fainting, insipid, dim, and indifferent. It is time for the church to make a difference, which is going to require strength. Women have been told, be neat, be quiet, be subjected. The truth is meekness is strength under control. We need to know how to use our strength. When churches deny that women have strength, women will take their strength somewhere else and the Church will never see the benefits.

A lot of men — even Christian men — seem to get anxious around strong women.

The first person they could visit is the Proverbs 31 woman. It says that her arms are strong and it says that she stretches forth her hands to the poor and the needy. It says that she considers a field and she buys it. Then with the proceeds of her earnings, she goes and she plants a vineyard. It doesn’t say she considers a field and asks her husband’s permission. It says she laughs at her future because her entire household is clothed in scarlet. I think we need to revisit all of the narratives. I had to do this in my own life.

Once I became a Christian, I heard all of these things being layered onto my life that made me less than I felt before I was a Christian. I had to say, “God, I don’t understand why being a Christian woman should be a happy thing. I feel like it’s a bad thing.” I had to actually be brave enough to challenge every single narrative I had heard about women. I had to get in the presence of God. I think this is a beautiful opportunity for all of us because we need to deconstruct some stuff. And you don’t just deconstruct without constructing. God never tears down if it’s not for the purpose of building and planting. I would even say some women, it’s easier for them to buy into weakness than to embrace their strength.

But if I actually am going to clothe myself with God’s strength, it’s going to have to be for a purpose. I cried out and I said, “God, I don’t understand. I don’t like Christian women. They seem to be fake. I don’t like this.” And God began to say, “I love woman. I created woman as the answer to the very first problem.” I was like, “What was the problem?” He said, “That was, it’s not good for man to be alone. Woman brings intimate strength that man needs.”

Right now we are seeing the women angry about abuse. Abuse in the Church, abuse outside of the church. This is what I have learned: If you do not empower people with their God-given rights for purpose and vision and strength, they will go and they will find it in another place.

So for the strong women who stay in the Church, what’s next for them?

We have to decide as women, as we rise, what will we do with this? Will we hold men down because they held us down? Or will we lift others? This is what Strong is about. Strong is about me finding out that God is my strength and then using my strength to lift other people rather than hold them down.

You can purchase Strong: Devotions to Live a Powerful and Passionate Life here. 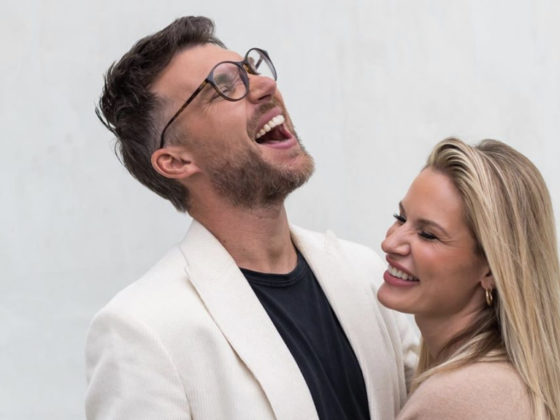 For Judah and Chelsea Smith, Online Church Has Been the New Normal for Years 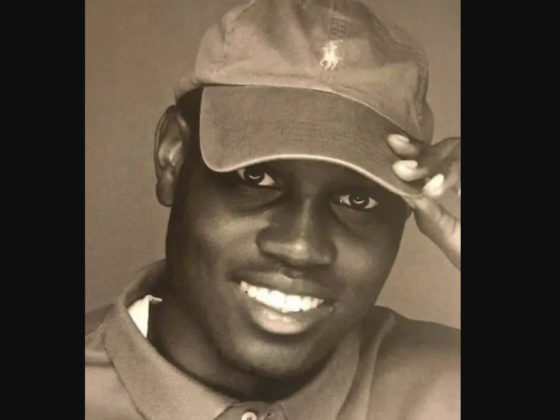