The first church I remember attending was an Assemblies of God church in Albuquerque, N.M. After we moved, my family joined the Evangelical Free Church of America in St. Louis, Mo. Now I am on staff at a non-denominational church in the area while I finish up my Master’s at a Presbyterian Church of America seminary. And my favorite writer is C.S. Lewis, an Anglican.

These are the ecclesiastical flavors in which my mind has soaked. And I have loved it. I love denominations. That’s not to say that I would like to be in a denomination, but I appreciate them enough to write about it.

Denominations are beautiful. While some within the Church see them as schismatic and unhelpful, I see them as lovely, imperfect variations on a single, pure theme.

But personal preference aside, are denominations actually biblical? That’s a difficult (and perhaps unfair) question.

Paul reminds the Corinthian church that he preached to them the pure, unadulterated Gospel. The Gospel is of first importance to the Church (1 Corinthians 15:3-5).

Opponents of denominations will argue that Paul is calling the Church to unite around the Gospel and forsake all other creeds and confessions. (“I’m not a (insert denominational label), I’m simply a Christian.” After all, denominations focus us on the secondary issues when what we need to focus on is the primary issue: the Gospel of Christ.

But rather than explicitly forbidding ecclesiastical denominations (a concept that didn’t even exist in the early church), Paul is reminding one local congregation in central Greece to focus on one thing as of first importance. He doesn’t say that other issues are not important. But he is reminding them of the overshadowing primacy of the Gospel.

The implied problem is that the Corinthians have forgotten to keep the main thing the main thing. But if the Church (all believers, everywhere) is united on the Gospel of first importance, surely we can be allowed to form fellowship over secondary issues, provided we keep fellowship over the primary issue.

The beautiful fruit of essential truth is that we are free to fly more freely with secondary issues. On issues that aren’t the Gospel and don’t pertain to the Gospel (that which is of first importance), Christians have this wild freedom to lovingly differ with their brothers and sisters. We query the Bible, ponder the implications and form our theology as our conscience allows.

Within the realm of orthodox Christianity, denominations are the result of brothers and sisters disagreeing on secondary issues. Though we all rally around the preeminence of the Gospel (and are thus united), we differ on doctrines that are not of first importance. And so there are multiple expressions of “the faith that was once for all delivered to the saints” (Jude 3). There is one theme, many variations. And we can all learn to appreciate the varied tones of different voices. Perhaps an analogy would help.

Magpies are known for “borrowing” shiny objects. They’ll snatch all sorts of baubles or trinkets they can find. They take what is beautiful from another place and bring it back to the nest, to add beauty. The little treasures don’t add to the nest, but they are secondary beauties to the primary beauty of the nest.

Think of the nest as historic, mere Christianity (what all Christians at all places have always believed). The nest is the supporting structure of the Gospel. We love the nest and we don’t stray from it. But the nest is enormous and filled with other magpies.

Each magpie has its own little pile of treasure (secondary issues) that they cherish, but they don’t cherish them more than the nest. The nest is home. And within that home, we have the freedom to admire, borrow, and learn from what the other magpies old dear.

Different traditions have beautiful expressions of faith that we can all learn from. If one group of Christians cherishes a secondary issue to the point that they will find a different corner of the nest to protect it, that doesn’t give another group the right to try and kick them out of the nest or to accuse them of not caring about the preeminence of the Gospel. Christianity is a large family, and we have much to learn from other brothers and sisters, even the ones who are not like us.

Within the nest of orthodoxy, denominations don’t have to be divisions. The go-to “anti-denomination” text is 1 Corinthians 1:18-30 (“I follow Paul,” “I follow Apollos”). Their argument goes something like this: if we divide into denominations, we will divide the Church and forfeit the unity Christ prayed for (John 17:11-12, 21-23).

However, true division would come only if a Lutheran were to say something like, “I follow Luther” as opposed to following Jesus. Division would erupt if a Presbyterian were to claim that the Westminster divines were crucified for her. Such madness wouldn’t be able to see the nest for the baubles. And the result would be division.

But Paul is not arguing against learning from and leaning into the faith of different teachers who follow Jesus (see 1 Corinthians 11:1 and Hebrews 13:7). We need to imitate the faith and practice of our leaders. Rather, Paul is condemning the elevation of a tradition or a human teacher above person and work of Christ. No one should be baptized into the name of Calvin, lest the cross of Christ be emptied of its power.

But if the Gospel is of first importance in a denomination, the Church will not be divided by denominations. The Church is a beautiful bride and she is adorned in many colors. Each color has as its base the blood of Jesus. And if she keeps her eyes on Him, the Church can dance to a hundred expressions of the same truth. 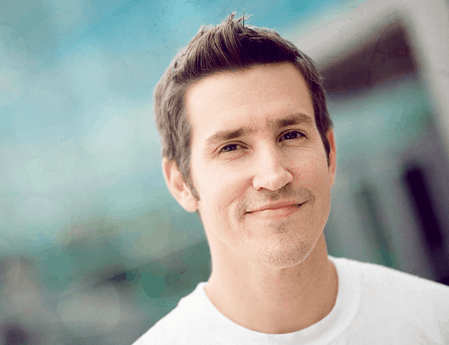 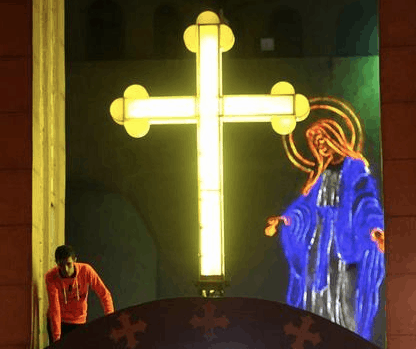 Christians Attacked in Egypt Over the Weekend