Cory Asbury’s “Reckless Love” has become a modern touchstone in worship music — beloved around the world and sung by millions who see their expression of faith reflected in its lyrics. Now, Asbury has written a devotional book to take fans of the song deeper into the inspiration behind “Reckless Love”.

Reckless Love: A 40-Day Journey Into the Overwhelming, Never-Ending Love of God is Asbury’s exploration of the song’s themes and the experiences that helped him grapple with the. He hopes it’ll help you grapple with those truths as well.

Jesse Carey sat down with Asbury to talk about the song’s impact, the book’s challenges and the difficulty of accepting the reality of God’s grace.

How did you want to unpack the idea of God’s reckless love for us in the form of a book that people could go on a spiritual journey with?

I really wanted people to grab hold of the things that I was learning in writing the song. The song was birthed out of three, four, five major events of my life, so the Lord was teaching me three, four, five pretty big lessons in that time.

I thought to myself, ‘OK, this could be an amazing opportunity to actually bring people into some of those things that I was learning.’

With the impact of the song, people were reaching out saying ‘It touched me so deeply.’ I thought ‘What if I could actually go deeper with the message and touch people on a kind of more intense level?’

If I had to sum up in just a few sentences what the content of the book actually is, I think it would be finding the goodness of God, the kindness of God, through the hard times.

It’s almost a treatise on suffering in a lot of ways. If I said that as a marketing pitch, people would be pretty annoyed with me. But honestly, I feel like that’s what it is. It’s learning to see God’s kindness even when things aren’t perfect, because that’s when the real stuff of life hits and that’s when we find out who we really are.

It’s the Romans 5:3 reality. It tells us to rejoice in our sufferings, knowing that suffering produces endurance. But I think society tells us to be fake, to put on a happy face and a happy Instagram post with all of our family smiling, and it’s all good.

But you know, the truth is that we actually go through really difficult stuff. In that difficult stuff, how are we going to respond to God? Because I’ve seen 90 percent of my friends who really dealt with something tough actually turn away from God instead of turning toward Him in love and trust and faith.

Hopefully, this book can get into some of those real issues of honesty before God and learning to love and appreciate His kindness even when stuff sucks.

I feel like we frequently hear that there’s been a new type of prosperity gospel that’s arisen: if you obey God and you serve Him and you do these things the right way, you’ll get rewarded.

I wouldn’t say that my point in the book is to rail against that sort of doctrine, but if I’m honest with you, I do believe that there is a pretty dangerous false doctrine — especially in the Western Church — that says Jesus suffered so I don’t have to.

The truth of the matter is, that’s an error. Jesus took the punishment for our sin but I don’t believe He raptured us out of all human suffering because Scripture makes it really clear. It’s almost a promise: In this world, you will have trouble.

It’s not like he said ‘Aww, everything’s going to be great and your life is going to be blessed because you follow me.’ In fact, He set the example of what it means to be human, and He was the guy who went to the cross. In the garden of Gethsemane, He cries out to the Father: ‘If it’s possible, take this cup from me. Nevertheless, your will be done.’

So this shows that suffering did, in fact, suck in the moment. It wasn’t fun for Jesus. He wasn’t like ‘Oh, this is great I can’t wait to go to the cross.’ It showed that it was difficult in His humanity, because we know that Jesus was fully God and fully man.

So in His humanity, He is dealing with the pain of it but He shows us that He is the perfect example of how to be human. He is the image of the Father that unravels the existence of humanity. Again, society tells us to be fake, but I love this idea.

You know, in the Bible, people wore sackcloth and ashes. It’s when they were going through mourning or something difficult, they’re showing repentance for wrongdoing. It was this outward expression to God and their communities saying, ‘I’m not OK. You know, I’m not good right now.’ They dealt with it in a healthy way, in an honest and even an outward way. I think, nowadays, we try to hide it all and think Jesus dealt with that so I don’t have to. But it’s just not the truth.

One of the interesting ways you frame it in the book is viewing ourselves as sons and daughters of God. I feel like that’s a concept that’s really easy to say but when you think about it, it has powerful implications.

Sure, I think number one: we’ve got to fully know, believe and understand that He’s for us and that He absolutely adores us. Do you have kids?

Yeah. I have two.

So, the same way that you look at your kids and they’re bad sometimes — they’re doing a lot of stuff that’s not your favorite — but at the same time, you absolutely adore them. There’s nothing that could change your mind about them. When we understand that concept and we truly are, like Ephesians says, rooted and grounded in the love of God that passes knowledge, it’s not just an idea. It is an experiential knowledge that Paul talks about and when we know that, when difficult circumstances arise, we can go back to that. We can again be rooted and grounded in that and go, ‘OK, I need to see this through the lens of God’s kindness.’

There are tons of scriptures that talk about how the kindness of God leads us to repentance. The kindness of God chastises or chastens us, meaning it’s like a parent with their kid. When your parents correct you as a kid, it’s not fun. It’s not like you enjoy getting spanked and reprimanded. But it teaches you in the future how to act. It teaches you for the future how to conduct yourself with maturity and the right response when difficult things come.

So, I think it is those two things. First, knowing that you’re loved fully. And second, knowing that the testing and the trials aren’t His punishment, they are His gentle corrections in getting you on the right course for full maturity.

I hope that part of it is that any wrong idea or false paradigm that they’ve been carrying concerning the character of God would fall off, would be changed, would be shifted. That people would be able to see God in His kindness, even with whatever they’re dealing with whatever it might be, that they would be able to understand and open their heart to the idea that He is for them in the middle of it.

We’re all going through stuff. None of our lives are perfect and easy. I hope that people maybe lose a little bit of that religion or some of that stuff that we’ve grown up with in church — the idea that God is only ever big and strong and bear-chested — and they could see Him as vulnerable, as on a cross with His arms wide open naked, bruised, beaten, bloody, for them and not be afraid to come to Him in that way.

There’s a Tozer quote that says ‘God waits to be wanted’ and I think that’s a concept that throws a lot of Christians off because it seems weak. I think it threw a lot of people off with the idea of ‘Reckless Love.’

You know, they thought it makes God seem weak or it makes Him seem vulnerable. I think the truth is, God is vulnerable and that’s the beauty of God. He keeps His heart wide open. If people could get ahold of that idea, that He’s not the aloof, far off big dude who lives up in the sky who rarely intervenes in our lives — if they could see Him as close, as kind, with a smile on His face, not a scowl, I think that’s a huge part of it.

If people could see the smile of God, that would mean everything to me. So often, I think we find it difficult to see Him with a smile because we’re so well acquainted with our own brokenness and a lot of us spend half of our prayer lives repenting for all the bad stuff that we’ve done so we can enter into His presence. But what if we could enter in, knowing that there’s a smile on His face? Knowing that it is His kindness that led us into repentance into that place, into His presence? I think that would change most of the Western Church’s life pretty quickly.

You can order Reckless Love: A 40-Day Journey Into the Overwhelming, Never-Ending Love of God here. 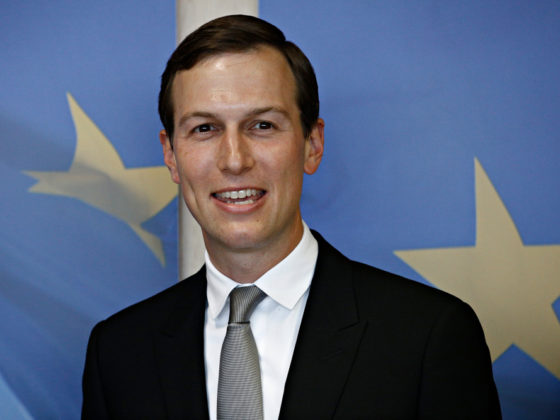 So What Is Jared Kushner’s Plan for Peace in the Middle East? 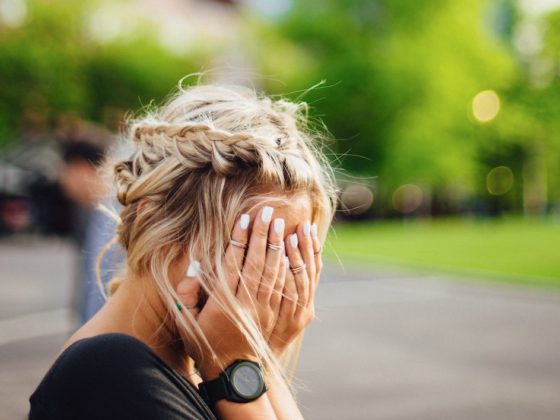 6 Signs You Struggle With Insecurity (And How To Be Free)