I still remember holding him in my arms after he had passed away. He was 19 days old, and a birth defect was the malady that raged against the life of my son. I wrestled with God till the very end, even blowing into my son’s lungs after he had died, praying for healing. Wrestling.

God used this situation with my son to bring me to the end of myself and turn me back to Him, and He did it in such a profound way. Though He allowed me to wrestle with Him, to complain to Him, to be angry at Him, He nonetheless had His way because His way is always best. I’m not suggesting God does this in every pain; sometimes He has other purposes. It is much too beyond us to understand the full breadth of the purposes and sovereignty of God.

But oftentimes—not always, but often—He uses the hurt in our lives to bring us back to Him, to put us in our proper place, so that we cling to Him in our weakness and He shines through.

Genesis 32:22-32 gives a strange account of our patriarch Jacob and his wrestling match with God through the night. The thing to note first and foremost in this story is that it is terrifying. Terrifying in the fact that the Lord became something wholly different than anything Jacob had known before. At this point, at least, we can see the Lord was not wrestling with Jacob to have a good time; the Lord was Jacob’s opponent.

Throughout the course of Jacob’s life, we see him having multiple enemies—particularly in Laban. Jacob anticipated his older brother, Esau, as an enemy and was completely frightened by him.

But the Lord? God was no enemy to Jacob. One can make the argument that Jacob viewed God as simply friendly, almost a benign figure whom Jacob could manipulate or turn to his advantage when things got difficult.

I wonder how many of us view God this same way?

The Lord is the great physician, the great healer of our souls. He’s the provider, the resting place, our righteousness and our victory. He sent His only Son to die for us, and without a healthy fear of God, we can wrongly assume God is more for us than for Himself.

But God is more passionate for His glory than for ours. And, like Jacob, we often use God for our own gain in life and our own wants.

Now, in his wrestling with God, Jacob finally realized that God could not be used for his means. He discovered—quite suddenly—that the Lord is to be feared. Like Aslan in the Chronicles of Narnia, He is terrible and He is lovely.

Perhaps this incident proved in the life of Jacob a true understanding, for the first time, that God is God and that Jacob was simply a child of the Most High. Jacob is shown to be profoundly changed in his life from that moment on, so much that his name changed, too.

Before the wrestling match, life’s circumstances had reduced Jacob to helplessness. He needed God to intervene. The eleventh hour had arrived, and God had not delivered him. It was a crisis of faith, and Jacob was at his wits’ end.

I’m sure many of us have felt this way before, when all hope seems lost. Perhaps it comes after a great victory or a terrible event.

Enter God into the mess of our lives.

We find in Genesis 32 that this Man wrestled with Jacob, not the other way around. We have to realize by this passage that the Lord was the instigator of the wrestling. Jacob no doubt was not in the right frame of mind to wrestle! James Montgomery Boice states:

“It is not that Jacob was seeking God so earnestly that when God, as it were, got close to him, he grappled with him and refused to let him go until he blessed him. It is true that Jacob later begged for a blessing. But at the beginning it is not Jacob who seeks God to wrestle with him; rather, it is God, who comes to wrestle with Jacob to bring him to a point of both physical and spiritual submission.”

“Jacob was not wrestling with this Man to obtain a blessing; instead, the Man was wrestling with Jacob to gain some object from him. As to what this object is the best of the commentators agree—it was to reduce Jacob to a sense of his nothingness, to cause him to see what a poor, helpless and worthless creature he was; it was to teach us through him that all important lesson that in recognized weakness lies our strength.”

That’s one of the main points we see in this wrestling with God. Weakness is broken into submission, and submission is where there is strength—submission to God’s leading and God’s control, realizing that there’s nothing stronger or more determinant that this.

God will always win the wrestling match; if we were smart, then the sooner we submit, the better.

In the upside-down Kingdom, where to be poor is to be rich, to mourn is to be comforted, we see the profound reality of the Gospel in Genesis’ account of a wrestling match. Having come into contact face to face with the Lord of hosts, with the ever patient and faithful One, we see at long last a broken and contrite spirit humbled to the core. We see a man dependent upon God, rather than dependent upon himself. We see in Jacob a picture of a man renewed by the power of God, now remade in His own image, finally surrendered to the will of God for his life. We see in no small measure great faith worked out.

It is beautiful to behold indeed; it is something we all must surrender to. To find our lives, we must lose them.

Daniel Parkins is a pastor who loves people, loves Christ and loves challenging every generation to see God as bigger, more powerful and more loving than any of us could ever imagine. Follow him on his blog or Twitter. 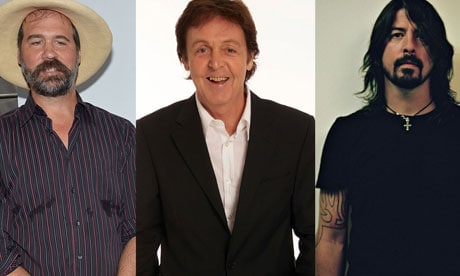 Paul McCartney to Replace Kurt Cobain in Nirvana Reunion—Wait, What? 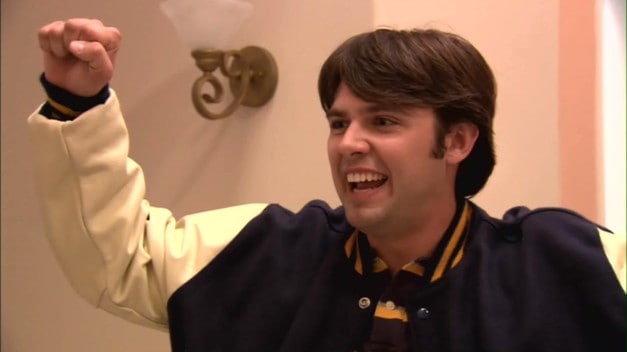 Wishes Do Come True: ‘Arrested Development’ Gets Even More Episodes