Our culture is big on self-defense.

This year, more than six million American children will participate in martial arts—the art of self-defense. At the same time, American adults hotly debate the place that guns occupy in society, largely because of how people feel about their right to defend themselves.

American Christians, too, seem trained from birth to defend themselves, or rather, their faith. It is commonly believed that good Christians should have a firm grasp on their beliefs, and be able to articulate, nay, defend, their faith against inevitable attacks.

To further complicate matters, Christians today are barraged with statistics that paint a dismal future for American Christianity. The statisticians proclaim that an ever-shrinking minority of Christians actually possess a “biblical worldview,” that Christianity is under attack from all sides. It adds up to a frightening scenario that feels as if it is the last few remaining Christians against the world.

And yet, the more defensive Christians get and the louder the arguments become, the more often it all backfires, causing Christians to appear to be socially backwards, culturally inept or just outright hateful.

But what if the answer to Christianity’s problems lies not in increasing our defenses, but giving them up altogether? How do Christians turn from a constant posture of defensiveness to presenting God as He really is?

Here’s four reasons to lay down your defenses.

1) You are Christian first, American second

Today’s American culture seems hypersensitive to any perceived threat against our rights. The First Amendment’s guarantee of free speech is held as sacred as Scripture itself.

Yet, Christians need to remember that they are Christians first and Americans second. The First Amendment is a freedom but not an obligation. Jesus, who we are claiming to defend, was ambivalent about His public approval rating. He often eschewed clear declarative statements about His beliefs by teaching in parables that required thought from His listeners. He demonstrated His greatest strength by offering no defense when His life depended on it.

So are we really being Christ-like in our rush to defend Christianity by declaring what God thinks about any number of thorny social issues? Are we imitating Christ by advertising who we think is going to hell? Are we turning any hearts with our “defense?” If not, then Christians need to lay down their right to publicly speak their minds. Our right to free speech is not in the Bible.

2) God can take care of Himself

Ancient people believed that their gods needed human support in the form of sacrifices–animal or even human—in order to live. God, however makes abundantly clear in the Bible that He is not like that. He does not need our sacrifices. He is self-sufficient.

But it seems that modern Christians often forget this, believing God needs us to speak for Him, to defend His honor, as if He cannot speak for Himself. Charles Spurgeon said it best: “The Gospel is like a caged lion. It does not need to be defended. It just needs to be let out of its cage.”

Turning from a defensive posture often requires rethinking our concept of God. Christians treat God more like a fragile, wounded kitten, needing to be nursed and guarded, far more often than they revere Him as a lion. But when we change our own perspective of God, we will also see that He didn’t need Israelite sacrifices. And He doesn’t need our defense today.

When Elijah went to the mountaintop to search for God, a hurricane force wind came out to meet him. Following it, came an earthquake, and then a forest fire. But the story says simply: But God was not in the wind or the earthquake or the fire (1 Kings 19). He wasn’t in the natural disasters. Elijah had to listen intently because God came to him as a still, small voice.

All that is accomplished with that approach is destruction. It’s a…well, disaster. The voice of the Holy Spirit is drowned out in the noise. It is when Christians demonstrate God in a still, small voice, in the context of love and friendship that God can actually speak to people.

Why do Christians get so defensive about God?

It is the same reason that people get defensive about consumer products. People actually become heated over what brand of computers, smartphones or video games they enjoy. They do this primarily because the products they use say something about them as consumers.

The reason many Christians defend their faith is the same. They are not defending God. They are defending themselves. It is their own honor at stake, their own pride and security, their reputation—not God’s.

And when our only motivation for defending God is a concern for ourselves, we end up looking ridiculous to outsiders.

What if Christians actually laid down their honor, their pride, their instincts to get defensive? What if we beat our swords into plowshares and answered every attack with love, with a still small voice that never wavered, but never raised?

It would mean that we are finally imitators of Jesus, and every last one of the accusations leveled against us—that we are hateful, hypocrites, selfish, narrow-minded and backward—would no longer be true.

Matt Appling is a teacher and pastor in Kansas City, Missouri. His first book, Life After Art was released on April 1 by Moody Publishers. Connect with Matt on his blog at MattAppling.com. 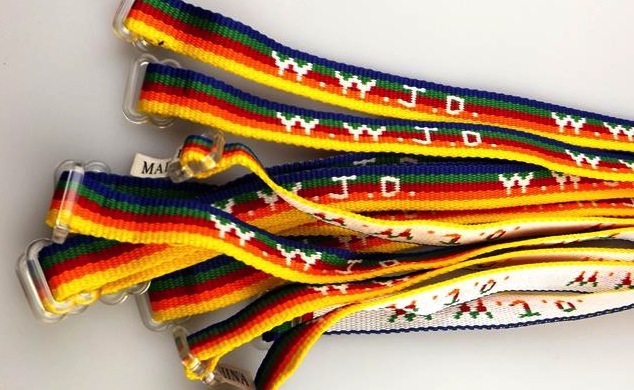 What We Get Wrong About W.W.J.D. 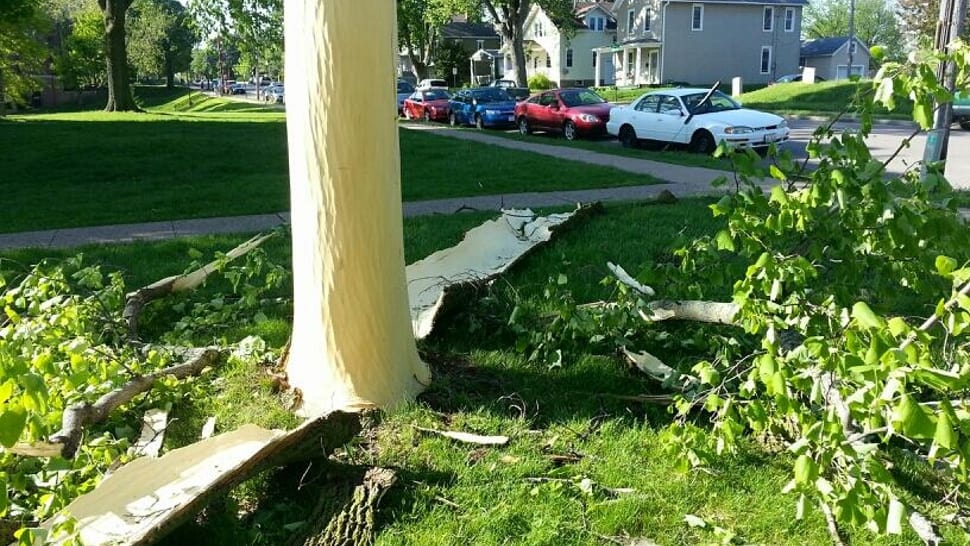 Iowa Tree Is Just Breaking All the Rules