Francis Chan has been a towering figure in evangelical Christianity for more than a decade now. I was a youth pastor in 2008, just a handful of years into vocational ministry, when I read his first book Crazy Love. This was my introduction to Chan and like so many, I was both mesmerized and convicted by his unbridled passion.

In the years since, specifically after he relocated to San Francisco in 2011, I’ve witnessed this same passion in much closer proximity. As a pastor in the Bay Area, I can attest firsthand to his commitment to the local church here. He’s been generous and kind with his time and energy over the years.

Recently, Chan announced that he’d be relocating again. This time to Hong Kong, where he and his family will spend their next season of life as missionaries. The original announcement and subsequent update were both offered in classic Francis fashion — with passion, urgency and more than a tinge of angst. Just like all those years ago reading his book, I was mesmerized.

This is one of Chan’s great gifts. He’s a bold, skilled voice when confronting anything that seems like lackadaisical or comfortable Christian faith. While I am cheering Chan on in his continued pursuit of God’s direction, as a church leader staying put in the place he’s leaving, I have a conviction of another sort. It’s a conviction born out of a growing familiarity with the angst I mentioned a moment ago. In sharing the news of his next move, Chan explained it this way: “When I compare [the opportunity overseas] to things I currently do in the States, the Kingdom profit seems much greater.”

“I feel like I’ve been fishing in the same pond my whole life and now there’s like thousands of other fishermen at the same pond… and everyone’s fighting over stupid things,” he wrote.

I’ve experienced similar angst over the years. I’ve thought and said similar things. Many church leaders I know have done the same. In such moments, as we read or hear about someone doing some exciting new thing in some novel place, our aspirational tendencies often get the better of us and we find ourselves soaring and sinking simultaneously.

We begin to dream, imagine and wonder. What’s the exciting new thing I could potentially do and where’s the novel new place I could do it? We soar. We begin to see the present against the backdrop of the possible, as though they are opposed. The colors begin to gray a bit. Reality seems mundane. We sink.

I have a growing conviction that for those who serve and lead in the local church, the common desire to flee the mundane in pursuit of more exciting ministry opportunities is often misunderstood as a calling to simply leave the old for the new, to neglect the present in favor of the future. This isn’t just about staying or leaving a particular ministry context. I’ve found that the new thing God wants to do, whether it’s here or there or someplace else, is almost always just beneath the surface of the seemingly mundane.

The remedy for the angst we feel is not something we chase out on uncharted horizons but rather, something we discover down in uncharted depths, wherever we are or may be headed.

In his book The Pastor in a Secular Age, Andrew Root notes that in our increasingly secularized world, we’ve lost sense of transcendence and enchantment, our ability to see beyond the veil of the material nature of our lives.

As such, pastors in particular are left with, “a discomfort we can’t pinpoint, a dull boredom we can’t shake.” I’ve experienced this uncomfortably dull boredom on a handful of occasions. So have many of my friends in ministry. We plow and plod our way through our ministry lives, hoping the work is making a difference but questioning if it actually is.

We question because, most of the time, everything seems pretty ordinary. Undeniably supernatural moments are few and far between.

Just beneath the surface though, nothing is ordinary. How could it be? We live in light of the Gospel, good news beyond imagination. God sends his Son to live, die and come back to life. The Son lays claim to the throne and reigns as King. This King commissions us to proclaim and embody the new reality of his rule and reign to the world, till the day he returns. Decidedly not ordinary. But the more caught up we get in the nuts and bolts of church leadership, the easier it can become to lose sense of the extraordinary story we’re living.

God may very well be calling you to a new church, a new city, maybe even a new country. Or he may not. Maybe He will someday. Or maybe He won’t. Either way, with any potential new place, endeavor or ministry opportunity will come the exhilaration of novelty. But it will inevitably fade. The thrill will eventually become mundane. And in those moments, when it seems nothing is happening, I’ve found it most helpful to prayerfully and patiently reorient myself around the extraordinary good news, through Scripture and community.

Reading extended sections of the Gospels and sharing extended conversations with people in our church community have both been uniquely effective in helping me glimpse beneath the surface. Like a gardener patiently working the soil or a fisherman steadily holding the line, the work of ministry requires an ongoing trust in the work being done at unseen depths.

In the beginning, God gardens. The Genesis creation narrative depicts God creating and cultivating a garden, then filling that garden with life and potential. He gathers dust and bones to form human beings, made in His image, called to partner with Him in the work of stewarding his good new world.

In the Gospels, Jesus invites His first followers to fish. He calls Simon Peter, Andrew, James and John to leave their nets and join Him in a brand new endeavor. They journey together for three years, moving methodically across the Judean countryside, teaching, feeding, healing and proclaiming good news.

Gardening and fishing. Both are slow and steady, requiring immense amounts of patience. When we garden, we work the soil, plant the seeds, water and wait. When we fish, we hook the bait, cast the line, watch and wait. And so it often is in ministry. As with gardening or fishing, there are long stretches of watching and waiting. But we must remember that this is not inactivity. In the soil and beneath the water, in places we can’t see, in ways we can’t comprehend, work is being done.

Don was my youth pastor throughout middle school and most of high school. He was kind and funny and took a liking to me early on. When I first met him, I was in sixth grade. I was quiet, deeply insecure and not much fun to be around. I had some friends at school but at church I was mostly alone, lingering on the outside of the various youth group social circles. Still, Don kept reaching out. He’d pick me up sometimes to go play basketball or grab lunch. Thinking back now, I imagine all those hours spent with me must have been painfully boring for him. Don was in his late 20s or early 30s at the time and the quality of conversation 12-year old me offered couldn’t have been much. And yet, he kept spending time with me.

Though it must’ve been incredibly mundane, maybe he trusted that God was doing something beneath the surface. Don moved away after my sophomore year of high school. We didn’t keep in touch and I don’t know if he knows where I ended up. But I am where I am, doing what I’m doing, due in large part to his willingness to garden and to fish, so to speak.

Mine is a familiar story. Chances are, you are where you are, doing what you’re doing, serving and leading in the local church, because someone or several someone’s came along to garden and to fish in your life too. Chances are, you’ve done the same for others. Some of those others, you’re aware of. Some of them, you’re not. Either way, remember that in the midst of the mundane, beneath the surface, in unseen places, in unknown ways, God is at work. And that is truly extraordinary. 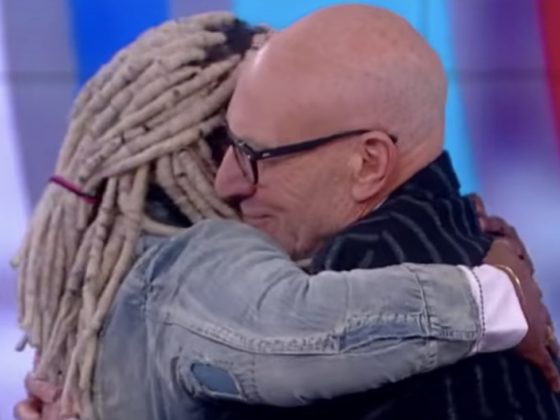 Our Seven Picks For Who Should Direct ‘Captain Marvel 2’