I often take comfort from learning that the great characters in the narrative of the Bible are not so different from me.

Peter was a knucklehead and a brash one at that.

Esther struggled to act courageously in the face of danger.

First, an angel appeared to John’s father prior to his conception and gave some very specific instructions about raising John and then explained why this was so important: “He will prepare the people for the coming of the Lord.” (Luke 1:11-17)

When John’s mother was pregnant, her cousin Mary, who was pregnant with Jesus at the time, came to visit. When Mary called out to John’s mother, John “leaped within her”. (Luke 1:41) Clearly, he could recognize the people associated with his mission even then.

Luke writes that when John grew up he lived in the wilderness until it was time to begin his public ministry.

John, being only 6 months older than Jesus, ministered until Jesus was baptized, then a bit afterward until his imprisonment. For three decades, John’s life consisted solely of completing this mission given to him by God:

Have you ever known someone who knew and embraced their purpose so completely as John the Baptist did? Never wavering slightly to the right or left. Focused on the mission like a laser beam. Never growing tired of it and quitting.

What’s more, John is not simply relying on what others have told him. Multiple times in the narrative, John refers to God speaking directly to him regarding his mission. (John 1:33)

Jesus himself tells a crowd of people that no one who had ever lived up to that point was greater than John the Baptist. (Matthew 11:11)

If that’s not a slam dunk in life, I don’t know what is.

God gives you a special mission, and Jesus says you nailed it. Home run.

When I see all this, I wish my life were more like John the Baptist. I spend huge amounts of time wondering what I’m supposed to do next. I’m willing to follow what God calls me to do, I just don’t know what it is sometimes.

Sometimes I worry that maybe I’ve totally missed the boat.

All that doubt could be avoided if only I was John, who knew his purpose to his core.

Yet, not long after telling people that Jesus is Messiah, essentially fulfilling his purpose, John finds himself in prison. After some period of time sitting in his cell, he sends Jesus a message through some of his few remaining followers (many having moved over to following Jesus):

Are you the Messiah we’ve been expecting, or should we keep looking for someone else?” (Matthew 11:3)

John lived his whole life fulfilling one purpose, but now he’s asking Jesus, Did I totally blow it? Did I misunderstand? Are you not the right guy? Was all this just fevered dreams brought on by bad pizza?”

See, everyone expected Messiah to be kind of like Chuck Norris—blowing stuff up, making things happen—as he conquered the occupying Roman army and made Israel the biggest, baddest dog on the block. But Jesus wasn’t doing any of that stuff.

John had been imprisoned by a stooge of the Roman government—King Herod. I bet when Herod threw John in prison, John thought to himself, “You have no idea what you’re in for. I won’t be in here long,” then he expected Jesus’ army to bust him out A-team style at any moment.

But the longer John sat in his dungeon and nobody sent him a cake filled with nail files and dynamite, doubt probably started to creep in.

John didn’t know this yet, but instead of a dramatic escape, his time in that prison would end with his severed head being served on a platter to the amusement of a bunch of drunken party guests.

I think once John started getting an inkling that things wouldn’t end well, that’s when he sent Jesus the message: “Yo, getting a little worried. Explanation, please?”

Jesus gives John an answer which, a bit cryptically, gives John the answer to his question: Yes, I’m the guy. No, this isn’t going to play out the way you expected. (Matthew 11:4-6)

I find it reassuring that even to John, who was given a more direct answer about purpose than probably anyone else, doubted.

Thomas, a disciple who literally watched Jesus do miracles, didn’t believe in the resurrection until he saw it with his own eyes.

Elijah, one of the most powerful prophets in the Old Testament, figured everything he had done was pointless.

God has created each of us for a purpose, yet the very nature of God’s engagement with this world, through mysterious and confusing uses of his power, often leaves us wondering if we’re totally out of step with what God is doing in us and through us.

I usually tell God that if I only knew what he was up to, I’d be good to go. But unless I think I’m a better man that John, or more courageous than Esther, I’m just fooling myself.

God’s unpredictable use of power is never going to make sense to my brain. So I’m left with a rather simply choice: Will I seek to be faithful in the midst of failing to understand? Will I trust without direct, incontrovertible evidence that I’m not completely getting it wrong?

The Scriptures are pretty clear that the climax of Christianity is not certainty, but faith in the midst of constant confusion and choosing to act on that faith.

Thomas Merton once wrote in a prayer to God: “I believe the desire to please you does in fact please you.”

I spend quite a lot of my time hoping I’m not “missing God.” But I believe my concerns are mistaken. The only way I can miss God is by not loving God and seeking to allow the Holy Spirit to transform my life.

God once knocked a man named Saul off his donkey to tell him to make a course change in his life. If God wanted to send an angel to me like He did with John’s mother or Mary, He could. God is not worried that I’ll go down the wrong path and there will be no way to reverse it. This is the God of resurrection, who can make greatest good come from darkest evil.

It is this trust in God’s goodness and in God’s ability to guide us that allows us to understand why Augustine wrote, “Love God and do what you will.”

Our only true, core purpose is to be in community with God. Everything else is an outworking of that: loving other people through service, seeking a more just world, comforting those who are mourning, creating artistic and beautiful things—all of this can occur at any job you happen to have. (The guy who wrote The Martian wrote it in his cubicle on his blog during lunch breaks).

I know this is easier said than done, and I get that. Not letting my current employment situation affect my self-worth is a struggle for me in the best of times.

What I believe we can all take away from this consideration of John the Baptist is simple: Everyone doubts.

If the goal of our life is to live free from doubt, we are doomed. Our goal must simply to be faithful where we are at and with what God has given us.

So the next time you are wrestling with your purpose in life, I would encourage you to take these three steps:

Ask God for guidance.
Trust that God is guiding you.
Build community wherever you are.

You are not God’s employee, you are part of God’s family, and God has no wasted sons or daughters. And like any family, you don’t have to earn your place. It has been given to you. Rest easy that you are loved, wanted and welcomed by the God who chooses to work through mystery and knows that it’s tough for us sometimes—and loves us in the midst of it. 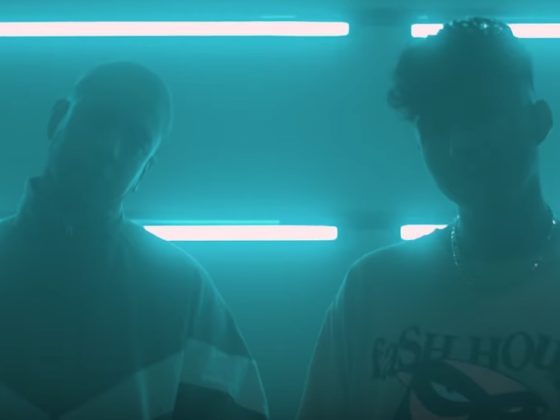 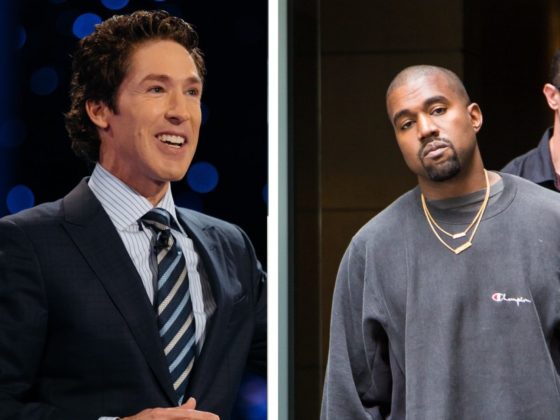