Throughout human history, people have struggled to know what to do with their pain. It’s always hard. It rarely makes sense. And it never fits neatly into a box we can put away like we want it to. I experienced this lesson firsthand a few years ago.

After following what felt like God’s call on my life, I resigned from my ministry position to pursue my master’s degree. In the transition process, my job and living arrangements collapsed. I ended up moving back to my hometown and was forced to live in my mother-in-law’s garage with my wife and baby for the next six years.

For the longest time I couldn’t understand why things didn’t work out for us. At times the pain and embarrassment of having our whole plan fall apart was more than I could bear. At the same time, I grew more in my relationship with God during those difficult years than I had in the previous years of my life combined.

I did complete my degree and ended up working on staff at a great church. My life is not how I envisioned it, but is strangely better than I could have planned in many ways.

In the New Testament, Jesus was clear about pain when He said, “In this world you will have trouble” (John 16:33). And countless biblical characters prove this—as well, of course, as Jesus’ sacrifice of Himself. But one particular character can teach us much about how to respond to pain.

Joseph went through a great deal of pain, and in the process, God salvaged his personal pain for the benefit of others.

And he sent a man before them—Joseph, sold as a slave. They bruised his feet with shackles, his neck was put in irons, till what he foretold came to pass, till the word of the Lord proved him true. The king sent and released him, the ruler of peoples set him free. He made him master of his household, ruler over all he possessed, to instruct his princes as he pleased and teach his elders wisdom.

Pain is not something that can be discounted, and an element of it is present in all of our lives. In Joseph’s life, God took his pain and recycled it to prepare Joseph for a brighter future. And He is able to do the same in our lives.

Pain Has a Way of Purifying and Cleansing Our Hearts

The Hebrew word for “proved” and “true” is to refine and purge. Earlier in his life, because a lack of maturity, we know Joseph was arrogant toward his brothers. Anyone who is thrown into a well and then sold as a slave by family is bound to get pretty angry. Yet later in his life, Joseph grew more humble and compassionate toward his brothers. We know this because he wept when he saw them and chose forgiveness over revenge.

Pain is Usually Just for a Season in Our Lives

Joseph was 30 years old when he became governor of Egypt. Joseph went through many years of pain, but it didn’t last forever. Many scholars believe he was about 16 years old when he was sold as a slave. This means he spent about 14 years in different situations—from slavery to jail—before landing in Pharaoh’s house.

Pain Will Prepare Us for Future Leadership

Because of Joseph’s experience in administrating households and prisons, he was able to lead a nation during some of its most difficult years. God used Joseph to lead a nation during a national crisis and in the process he kept a countless number of people from starving to death. If we allow it, our pain can become someone else’s deliverance or salvation. This is modeled in Jesus’ life as we are the beneficiaries of his personal pain.

Pain Provides Us with a Platform to Speak From

Earlier in his life—because of a lack of experience—Joseph’s visionary words were perceived as arrogance. But after he had life experience to speak from, Joseph’s words were received as wisdom. Joseph was consulted by the princes and elders of Egypt (Psalm 105:22). He spoke to the politicians, merchants and the influencers of Egypt. People who endure a great deal of pain are often elevated to a greater degree of influence because of the insight gleaned through it.

Pain Makes Us More Sensitive to the Needs of Others

When Joseph was approached by the people who hurt him, he wept instead of seeking retaliation. Years of suffering changed who he was. Because of his own experiences, he was enabled to see the pain in the lives of others and to respond with compassion.

Pain is unavoidable in this life. But if we will let it, pain can be used to prepare us for our futures—and it can be turned around to serve others and further God’s Kingdom.

Eric is a pastor, college professor and practical theologian. He believes the Bible is meant to be lived out, not just read. To get a free eBook and see more posts like this one, you can visit his blog EricSpeir.com and you can follow him on Twitter @ericspeir. 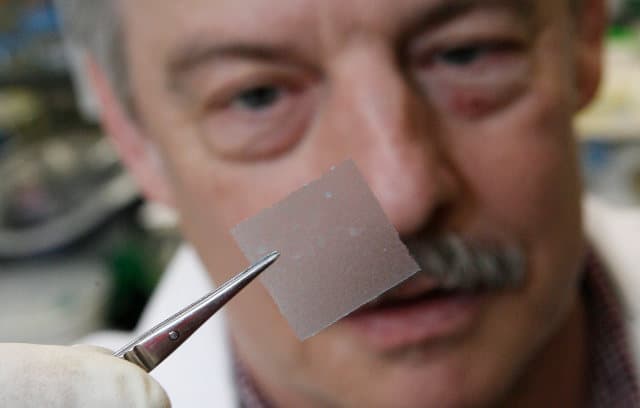 How do I know if I’m stressed or depressed?