Whether it’s from Rob Bell, Donald Miller, or just your local breed of hip, urban pastors—most of us have heard a sermon or two on doubt by now. You know, the ones that say something to the effect of, “Doubt is an important part of developing a more mature faith.” That might be true. At the very least though, embracing doubt has become an important part of the development of twentysomething theological rhetoric.

But it hasn’t always been. There was a time when the Church didn’t have such a high view of doubt. For example, when I was growing up—no less than 10 years ago.

I did not grow up in the Church, nor did I become a Christian early on. But through a series of spiritual epiphanies and encounters with the Living God, I became a Christian at the age of 15 (although I feel like I’ve “become” a Christian many times since then as well). During this year or two was the only time in my life I can remember having what I’d call a “normal, Evangelical” faith—the kind that never questioned or thought too hard about anything I heard at church. I had accepted Jesus into my heart as my Savior and nothing else really mattered. I went to Creationfest and listened to Kutless—I even placed vaguely Christian quotes in my AIM and Myspace profiles in attempts to evangelize to my friends.

But when I turned 16 or so, I started encountering this big, messy thing called doubt for the first time. But this wasn’t one of those small puddles of doubt that I could just step over. Nor was it a river of doubt I could swim across if I trained long and hard. This was an insurmountable ocean of doubt—one with seemingly no end. This was the kind that people drown in.

I never really told anyone about that doubt at the time, realizing quickly that most of the Christians I knew didn’t bother thinking too hard about such things. But I doubted everything: the authenticity of the Bible, the historicity of Jesus, the value of the Church, creationism—the whole nine yards. I would go back and forth over the months in terms of beliefs, but whenever the doubt would take over, I’d fall into a state of frantic panic. I think of it being like when someone who doesn’t know how to swim just jumps in a pool and starts flailing their arms around.

In my years of intense seeking and studying, I didn’t end up finding any real solace for my soul. Sure, I learned some valuable stuff about how the Bible was made and the historical argument for the bodily resurrection on Easter morning (thanks N.T. Wright)—but nothing magical. Nothing that would forever put my doubts to rest. By the time I was 21, I could wade through the water. I had the facts and theories and counter-arguments to keep me afloat, but still didn’t have the boldness to swim on my own.

But one thing I learned during this time was that well-meaning Christians love to tell you doubt is an important thing to acknowledge in your life, but that you shouldn’t ultimately get too carried away with it. Don’t go down that road too far. Be careful what you read. Stay away from the water. After all, you don’t want to be like doubting Thomas who couldn’t even acknowledge the Risen Christ without inspecting him like a TSA agent at the airport. But I can’t help think that the Church is so busy saving people who are drowning in their doubt that we rarely have time to teach people to swim.

It’s kind of like Job (the guy from the Bible, not the guy from Arrested Development), who goes through a very long, frustrating time of doubting God and trying to figure out how He works. He gets in these long, drawn out arguments with his buddies and they are no help. He accuses God of all sorts of terrible things. But ultimately, a heady dialogue on the nature of God could never settle those things for him. He never really found answers to his questions about suffering and oppression and injustice this way. In order to be freed of his doubt and contention with God, Job had to come face to face with the Living God. God had to show up. God had to speak. And He did—and He made Job feel really dumb for the ways he had doubted God’s steady hand of justice. But He also honored Job’s courage and his desire to pursue Him through suffering and confusion.

For me, it wasn’t until I’d realized that it was not knowledge, but fear—some of the same fear that Job had—that was keeping me from moving forward in my faith. My fear of the unknown and my fear of death were what held me under doubt’s captivity—not my lack of compelling apologetics. God had to show up.

Knowing God in your heart

“Faith is like yogurt,” said my college pastor, standing a half-stage in front of about 200 college students who had chosen to go to church on a Friday night instead of party with the rest of the town. He said the berries on top (hint: the doubt) needed to be mixed into the yogurt (hint: faith) to have a full picture of what being a disciple of Jesus was like. If you were missing the berries in your meal, your faith was a bit incomplete. You could still eat it, but it was missing the flavor it was meant to have.

For a lot of people sitting at that college group, that probably convinced them that the doubt they experienced in their lives was OK. That it was healthy. Part of a maturing faith even. But for me, that picture of faith rocked my world because it made me realize that I had been doing faith wrong for most of my life. My proportions were all backwards. My walk with Christ had been more like an entire bowl of berries with some Yogloo drizzled on top. I was doing it wrong. I was the Job of of chapters of 3-41—the guy who was constantly calling out to God in anger and confusion and not receiving the answers he wanted. It was time to stop doing laps at the pool and start trusting God in the ocean—out where there was actually something at stake.

Psalm 14:1 says, “The fool says in their heart there is no God.” Loving God and believing in Him has—and always will be—a choice of the heart. The choice to pursue God is one we make deep down in the core of who we are—sometimes even unbeknownst to the stuff going on in our cognition.

I can’t say that diving headfirst into the ocean is a good idea for everyone. It’s dangerous. It will mess with your understanding of the world. There’s no going back. But if you do, know that God is already out in the water—calling you to Him. “Oh ye of little faith,” He will surely say once you start flailing your arms and calling out for help. But take heart that God will also reach down His hand into the water and pull you up again when you are sinking in your doubt.

This is how you learn to swim. This is faith. 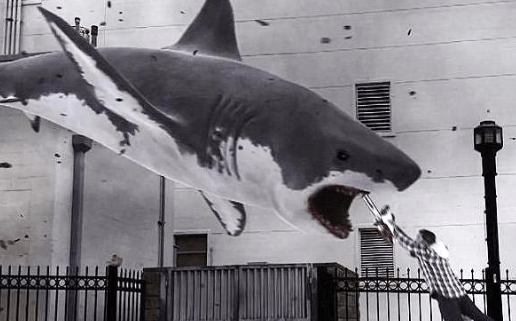 ‘Sharknado’ Coming to a Theater Near You 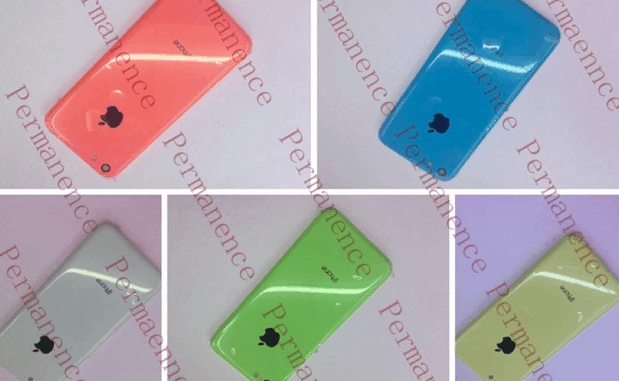