I have several friends who are unbelievably intelligent. They not only possess storehouses of facts, but they know what to do with all the information stored in their brains. They make connections, solve problems and offer insights that are nothing short of brilliant. Being around them is inspiring—most of the time.

I say “most of the time” because when I am with them and they are in conversation with people of equal brilliance, I often find myself completely lost. I listen to them speak and nod along to the pace of conversation in a fog of confusion. Eventually, I recognize my only contribution to the conversation is to ask questions that interrupt the flow of conversation. So I choose to remain silent.

Have you been in a place where people are in conversation, speak of concepts and use words that fly way over your head? As much as what’s being said seems interesting, you have no way of knowing what about the conversation is, in fact, interesting.

I imagine this is how many people feel when they are around Christians. We use words, spout phrases and refer to concepts that mean something to those familiar with Christianity, but carry little meaning for those who do not share our beliefs.

Too often, we assume others are familiar with our insider language. This needs to stop. We must learn to meet others on their terms and speak in a language they understand.

One of the most common questions I hear as a pastor is: “How should I speak about my faith to my friends?” These questions often come about because we are immersed in our way of thinking and talking about God. The challenge before us is to understand how the larger culture thinks and talks, and meet them in that place.

There is a wonderful example of this in the book of Acts. Paul visited Athens and wasted no time engaging the citizens of Athens in conversation. He spoke to them, but most importantly, he listened to them. Some of the citizens believed he was spouting utter nonsense, but others wanted to hear more, so they brought him to the marketplace of ideas—a place called the Areopagus.

One might think Paul stood and “presented the Gospel” or told them they were sinners or proclaimed “the blood of Jesus” or told them how to get to heaven when they died or quoted Bible verses to support his argument. But he did not do any of that.

Instead, Paul recognized and affirmed their religious devotion and claimed they already worshiped God. He never mentioned Jesus by name and only referred to Jesus as a “man.” He didn’t quote Scripture. The only thing he quoted were pagan poets to support his claims about God (Acts 17:22-31).

If we pause and take a hard look at what Paul said, we may learn a few things.

Paul’s initial step was not judgment. Before speaking in the meeting of the Areopagus, he spent time in the city of Athens making careful observation, listening and asking questions. He did this without condemnation or judgment. Which means Paul was open.

Like Paul, we have to be open if we are to speak about God without making it weird. We need to be curious, ask questions, admit our ignorance, listen, observe and learn without judgment or condemnation so we can see what others see. All the while asking ourselves, “Where do we see the divine in this?”

Give Up the Need to Prove That You’re Right

Paul was less interested in his viewpoint being proven right and more interested in learning what the viewpoint of the people of Athens already had right. This is why he was able to affirm them. This is an important step in talking about God.

There are endless examples of Christians who want to be right, win the argument and prove their point. This attitude is absent in Paul. In fact, he begins by saying, “This is what you already have right.” What would happen if we started from that place? How would our conversations change? My bet is people would be far less defensive.

Paul did not make the presumption that a group of people in Athens sitting around the marketplace of ideas knew anything about his life, culture, world or religion. So he began where they were, and spoke in ways they understood.

Too often, we are guilty of believing God plays loudest in our church context or in our Christian culture. We think our way of thinking and speaking is the best way, and fail to see it is only one way. We must recognize the line between sacred and secular is razor thin, and the division between the two is largely one of our own making.

Look for Where God is at Work

Paul understood our world is dripping with the divine. He had eyes to see where God already was playing in Athens. From the altar to the “Unknown God” to the history of Epimenides and the poems of Aratus, Paul saw the presence of God. Rather than quote Bible verses (which would have been a foreign book that made little sense to those present), he quoted from their literary works.

Remember the love, mercy, beauty, creativity, life and energy of the almighty God are screaming out everywhere in our world. The sound of God is always present and it is our job to crank the volume. Rather than talking about God and making it weird, we have the chance to take the familiar and show others where God is in it.

And of course, this leads us to more questions. Questions like: Where do we see God playing in our broader culture? Is our first step observation or judgment? What words, phrases and ideas do we need to abandon so we can talk about God without it being weird? Who are our poets today? What boundaries have we created between sacred and secular that need to be erased?

Let’s not forget these questions and many others are helpful to wrestle with rather than presuming we have the answers. And if we can respond to these questions, there is a good chance we will find God in the most unexpected places. And when that happens, we have an opportunity to talk about our faith in far better ways than ever before. 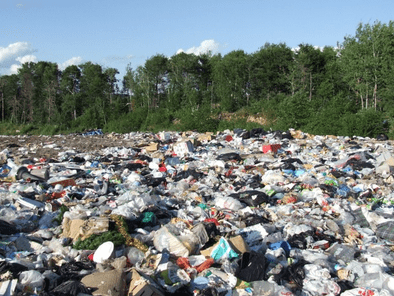 Study: Americans Throw Out $640 Worth of Food Each Year 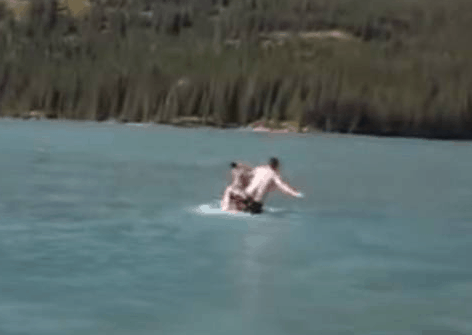