Did you know Christians are exiles? In fact, my church took this as a name. I’m a pastor at Exilic Church in New York City. We’re exiles in that this earth is not our true home. Personally, I love living in New York City, and I admire how it’s built. I love that within a radius of just a few blocks I have access to everything I need. I live just a couple blocks away from what was once the tallest building in the world—the Empire State Building. And in the middle of one of the most densely populated cities in the United States, there’s a massive park two and a half miles long. The grid in Manhattan is so precise, that four times a year, the sun shines straight through almost every cross street on the island! (If you haven’t seen it before, check out #manhattanhenge.)

The way this city is built is incredible! There’s nowhere else I’d rather live, except one place… Hebrews 11:10 says that Abraham looked forward to a city “whose designer and builder is God.” That’s our true home, and that’s the city I look forward to. But how are we to live faithfully in the meantime?

Daniel 3 has a lot to say about how to have faith in exile. It’s about three Jews who had been taken captive by Nebuchadnezzar, the king of Babylon. He had just conquered their city, Jerusalem. Much like us, they were exiles, living in Babylon, awaiting the day when God would bring them back to their city, as He had promised.

While in exile, these three found themselves caught in a thorny situation. The king commanded all his officials to fall down to an idol statue and said, “whoever does not fall down and worship shall immediately be cast into a burning fiery furnace” (Daniel 3:6). But while everyone else fell down, Shadrach, Meshach and Abednego, stood up.

Now if you live in the United States, you probably weren’t commanded to fall down to any statues last week, but you were confronted with all sorts of idols. Tim Keller defines an idol this way in his book Counterfeit Gods: The Empty Promises of Money, Sex, and Power, and the Only Hope That Matters: “What is an idol? It is anything more important to you than God, anything that absorbs your heart and imagination more than God, anything that you seek to give you what only God can give … An idol is whatever you look at and say, in your heart of hearts, ‘If I have that, then I’ll feel my life has meaning, then I’ll know I have value, then I’ll feel significant and secure.’”

By that definition, we encounter idols every day that demand we fall before them. So how can we have faith in exile? Shadrach, Meshach and Abednego show us how.

The Source of Their Faith

When the king of Babylon summoned Shadrach, Meshach and Abednego and commanded them to fall before the statue, they replied, “O Nebuchadnezzar, we have no need to answer you in this matter. If this be so, our God whom we serve is able to deliver us from the burning fiery furnace, and he will deliver us out of your hand, O king” (Daniel 3:16-17).

Not too long before they were taken into exile, God made his people a promise in Isaiah 43. Look at how directly it speaks to this situation. “Fear not, for I have redeemed you; I have called you by name, you are mine. When you pass through the waters, I will be with you; and through the rivers, they shall not overwhelm you; when you walk through fire you shall not be burned, and the flame shall not consume you” (Isaiah 43:1-2, emphasis mine).

Shadrach, Meshach and Abednego were able to have faith because they remembered God’s promise. That was the source of their faith. Likewise, if we want to have faith in exile, we need to know and meditate on God’s word. That’s the only way we’ll be able to keep our faith when things get tough.

The Object of Their Faith

The reason Shadrach, Meshach and Abednego didn’t worship the statue was because they worshipped a different God. “Our God whom we serve is able to deliver us,” they said to the king (Daniel 3:17, emphasis mine). Faithful exiles don’t worship idols because they’re too busy worshipping God. They recognize that only one person or thing can have the supreme place in their heart, and they would rather die than give that place to something other than God (Daniel 3:18).

That means our whole lives should be consumed with worship of God. If not, you can bet it will get filled with worship of something else. The world asks: “How can I gain more power or control?” That’s what Nebuchadnezzar asked. He commanded his officials to bow before his statue. “How can I make my life more comfortable or safe?” That’s what the officials asked. They fell down before the statue. “How can I get others to like me?” That’s what the Chaldeans asked (Daniel 3:8-12). They sold out Shadrach, Meshach and Abednego and told the king they refused to worship the statue. But Shadrach, Meshach and Abednego gave that all up and instead asked one thing: “How can we serve our God?”

Their faith wasn’t in power, comfort or acceptance. The object of their faith was God. Likewise, if we want to have faith in exile, we must be enthralled in worship of God. We must ask, “How can I bring God glory through my work? How can I show love to others? How can I seek God today?”

The Problem With Our Faith

But there’s a problem. What happens when our faith isn’t so strong? God promises to be with us through the fire, but often rather than stand up to idols, we fall down to idols. We don’t experience God’s deliverance because we don’t resist. We don’t give God the chance to deliver us. And it’s not just the big moments. In all the little decisions of our day, we choose to worship idols instead of God. And unlike Nebuchadnezzar, God is the righteous and just King who can demand our allegiance. And unlike Nebuchadnezzar, when we defy God, he does have the right to throw us into fiery torment.

So how can we be saved from that fiery torment? Only by faith in the one who lived his whole life without falling down to idols and who took on fiery torment for us. Like Shadrach, Meshach and Abednego were determined to be faithful to God, regardless of the consequences, so Jesus, when he stared death in the face, said to his Father, “Not my will, but yours be done” (Luke 22:42). But unlike Shadrach, Meshach, and Abednego, when Jesus walked through the fire, there was no angel there to rescue Him. He died alone and cried out, “My God, my God, why have you forsaken me?” (Mark 15:34). But then, on the third day, God the Father did deliver Jesus. If we have faith in this one who stood, suffered and rose again on our behalf, we can be saved from the fire we deserve.

In the end, God saved Shadrach, Meshach, and Abednego from the fire, and the king actually promoted them. In a similar way, if we have faith in Jesus, He will save us from the fire we deserve, He will be with us during our exile, and one day we will be exalted with him in that heavenly city He has prepared for us. 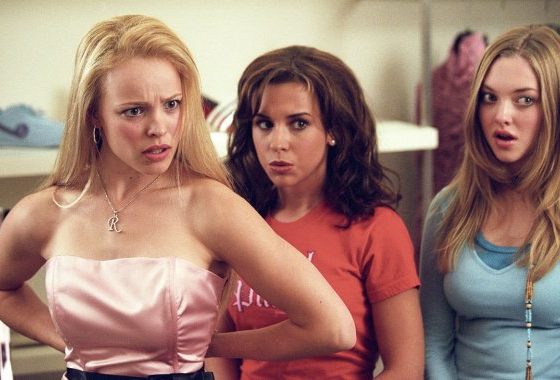 Tina Fey Is Adapting the ‘Mean Girls’ Musical Into a Movie? 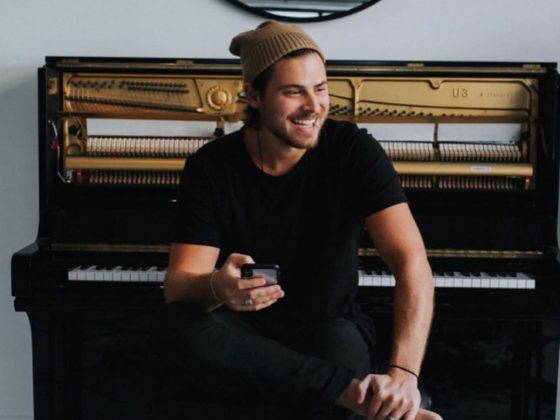 Here’s the New Single From Cory Asbury, ‘The Father’s House’