Christianity comes with a lot of expectations. Some are biblical. Some, we’ve grafted on.

Sometimes we have unrealistic expectations of what our lives will look like after accepting Christ into our lives. We think seasoned Christians have it all together, always feel close to God and never doubt.

But it doesn’t take long for those illusions to be shattered. We soon realize that following Christ doesn’t look exactly like we expected.

Here are 7 things I wish I knew about Christianity before becoming a Christian:

There’s a dangerous tendency to sugarcoat the Christian life and market it as an easy, joyous, successful and wonderful alternative to the “secular” existence.

The Christian faith will surely have its blissful moments, but much of it requires and demands service, sacrifice, dedication, humility, patience, forgiveness, mercy, compassion and work—the things that manifest Christ-like love. Not only is this not easy, but usually it’s extremely hard.

Christianity is often perceived as an escape mechanism, a crutch, a way to easily avoid the harsh realities of life, but it’s the exact opposite—it’s a journey that embraces truth and confronts the world in brave, honest and often painfully difficult ways. Prepare yourself for not just the good, but also the bad—and especially the ugly.

It Doesn’t Fix Everything.

After hearing miraculous testimonies about people being healed, addictions overcome, lives transformed and being inundated with the Biblical stories of redemption, hope and reconciliation—expectations about Christianity can be pretty high.

Yes, God does amazing and unexplainable things, but eventually you’ll realize that Christianity won’t solve all your problems.

The Christian faith is more about creating a relationship with God than finding a magic solution to all of life’s difficulties. Unfortunately, many still treat Christianity as a spiritual formula to get what they want. When the inevitable disappointment arrives, so do feelings of betrayal, cynicism, disappointment and anger. Many people abandon “Christianity” altogether because it didn’t meet their preconceived expectations—no matter how unrealistic or selfish they were.

You Won’t Have All the Answers.

The Gospel is often presented The Answer to all of life’s deepest questions, and it does give purpose and meaning to our existence, but Christianity doesn’t completely eradicate doubts, intellectual struggles and philosophical inquiries. In fact, it often brings up even more questions than answers.

Biblical content is debated by thousands of pastors, theologians and believers, and each doctrine is associated with hundreds of theories, ideas and traditions. If you’re looking for decisive, conclusive, and indisputable facts, Christianity will offer some, but ultimately, it’s about finding God—and once you find Him, the evidence will speak for itself.

You Never Stop Learning and Changing.

Your faith will change. Life happens. For example, we may grow older, get a job, meet new people, travel, understand new cultures, fall in love, get married, have kids and experience thousands of different moments that ultimately shape and influence the way we think about God.

My theology is different now than when I was in elementary school, and it changed in middle school, and after high school, and during college and once I become an adult—constantly maturing.

We often treat our faith as if it’s something static, immovable and permanent. God is eternally unchanging, but our faith isn’t. We see this throughout the Bible, as the Israelites—and even the disciples in the New Testament—had their understanding of God change as different occurrences and events happened to them.

Our faith is a “Pilgrim’s Progress” involving ups and downs and numerous changes. Many believers fearfully avoid change and see it as some sort of sin—and you can certainly go from a good belief to a bad belief—but the concept of change itself shouldn’t be avoided, especially since it’s at the very heart of Jesus’ teachings.

The most dangerous and self-righteous people are those who think they’re incapable of doing anything wrong and who never admit mistakes.

To be human is to blunder. Christianity doesn’t change that. You’ll still fail, stumble and make horrible decisions, but the difference is that you’ll have the reassurance of God’s grace, mercy and love.

The term “Christian” means many different things to many different people. There are hundreds of unique denominations, thousands of different churches, and a myriad of traditions and theologies intertwined within them.

The classifications are endless. It doesn’t take long to realize that Christianity is filled with complexity, nuance and variety. There are divisions, debates and conflict, but also unity, dialogue and accountability. Overall, its way more complicated than most people realize—but God still works through it.

Christians often rage against secularism, the “Fallen World” and “Evil Forces.” Whether intentional or not, it can become easy to assume that Christians are engaged in a battle against non-Christians—but we’re not.

Christians are in a very real battle against evil—against Satan—but we need to be careful not to view unbelievers as the enemy. It’s easy to become completely immersed within a “Christian Bubble” and alienate yourself from the rest of humanity—self-righteously judging, shaming and fearfully avoiding the world around us.

But God loves everyone. This message is radical and controversial and absurd—but according to the Bible, it’s true, and as followers of Christ we should boldly do the same. So no matter how you feel about your faith, simply ask God to give you the strength and capacity to follow Christ’s example! 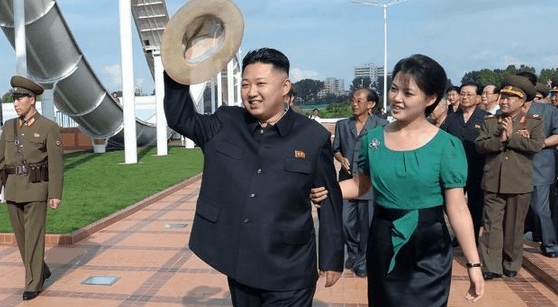 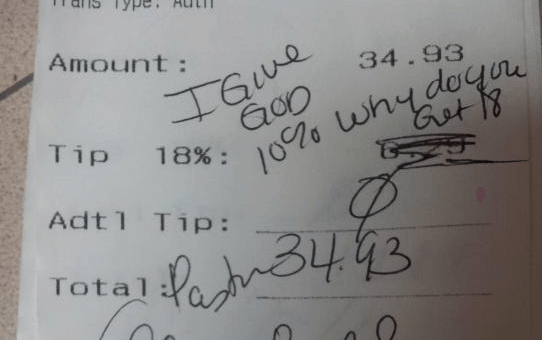 ‘Sundays Are the Worst’ Website Encourages Christians to Tip Better