Resurrection is scientifically impossible—but it happened.

So naturally, when the disciples told Thomas that Jesus appeared to them, he demanded proof, as many of us would have in his shoes.

Thomas has received a lot of criticism for this throughout history, and his nickname stuck: Doubting Thomas. But can we really blame him?

Thomas may have assumed that the disciples were hallucinating, or they may have seen a ghost, or just someone who looked like Jesus. If they hallucinated or saw a ghost, it would mean that Jesus had not truly, physically risen, so Thomas demanded not only to see Jesus with his eyes, but to touch Jesus’ wounds with his hands.

I’m sure Thomas would have loved to believe that Jesus was alive, but he wanted to be sure. The other disciples believed that Jesus had risen from the dead because they saw Him first. In the Gospel of John, Jesus appeared to Mary Magdalene, and she did not even recognize Him right away.

After Mary realized that Jesus had risen from the dead, she ran to tell the disciples. But we read that at the time Jesus appeared to them, the disciples were hiding in a room with the doors locked, fearing the Jewish leaders (John 20:19); if they had really believed Mary, why would they have hidden, and what right did they have to critique Thomas? It was not until Jesus appeared to them and showed them His wounds that they truly believed. Thomas just so happened to be gone when Jesus showed up, so when the disciples told him they had encountered Jesus, he naturally demanded proof.

In the Western world, we learn at a young age to question it all. Test it all. We want to make sense of the world around us, and if something does not fit logically or scientifically, we approach it with caution, even skepticism.

So why is it different when it comes to our relationship with God? Why are we encouraged to compartmentalize our lives and remain content with blind faith? Why are we urged to “just have faith” instead of seriously questioning, testing and asking the tough questions when we do not understand? Is blind faith really that honorable? Is it even faith? Faith is not the opposite of doubt—it is the pursuit in the midst of it.

It makes sense for Thomas to question Jesus’ resurrection—he had not celebrated Easter every year like we do. And not only that, in questioning what he was told instead of just accepting it, he was loving God with his mind. He was deeply devoted to Jesus and demanded an informed faith.

And as Thomas loved God with his mind, Jesus reached out to him with his nail-scarred hands. Thomas encountered the risen Lord in his doubt, in his questions and in his skepticism. “My Lord and my God,” were the words that escaped his mouth as he felt the wound in Jesus’ side.

Loving God with Our Minds

We are called to love God with our whole beings, including our brains. Sometimes we say we believe things without thinking, without questioning. But how much can we believe something without critically observing and thinking them through? Of course, God is much bigger than our brains and our capacity to understand, which complicates things when we feely attempt to make sense of the One who breathed life into us. But this does not mean we should not try.

Thomas demanded an encounter with Jesus, and He showed up. God is big enough to stand up to our questions, and He’s loving enough to stay with us through them—and give us peace when there aren’t concrete answers. God has given us the tools necessary when we struggle with doubt: our minds, perseverance and community on which to depend.

It is completely normal and acceptable to doubt. It is OK if we do not understand everything fully. The problem arises when we settle for easy answers rather than wrestle for real truths. Christianity comes from a tradition of wrestling with God. That’s what the name Israel means, after all—wrestling with God and people. It is in our heritage to wrestle.

For some, doubt raises red flags. But for Thomas, doubt was a sign of his deep devotion. May we continue to wrestle, asking the tough questions and learning all we can in order to understand God more each day.

Study, think and wrestle. Because it is in our questioning and seeking that we encounter the risen Lord. And as we experience God’s presence in our doubt, may we declare, “My Lord and my God.”

Melissa Collier Gepford is a Christian educator and researcher doing ministry in Kansas with her husband. She enjoys gardening, CrossFit and learning new things. Follow her on Twitter: @melissa_gepford. 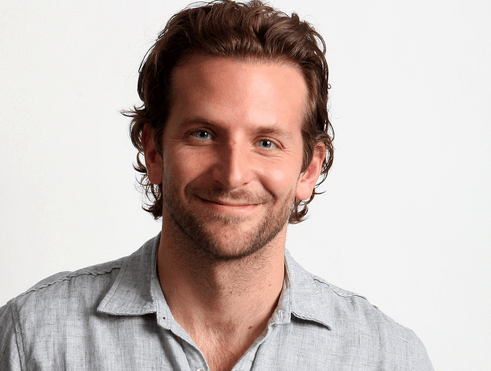 Around the World in 8 Prayers