I used to work with a girl who was a part of a strict conservative church. She wasn’t allowed to pierce her ears, get a tattoo, cut her hair short, wear a dress that showed her ankles, or listen to certain kinds of music.

While churches vary in their laws and lifestyle recommendations, many Christians seem to believe that a Christian can be identified by what they avoid.

But when things we do or abstain from doing become the defining characteristics of who we are, we lose the greater identity of “whose” we are.

I grew up very conservative. For several years my family was involved in a church that was against anything the Bible didn’t directly give us permission to do. The church believed you couldn’t even use instruments to worship God because the Bible didn’t specifically say it was OK.

Because of this extremely narrow perspective on how Christians must behave, I grew to be very aware of rules. Even in cases where Scripture isn’t specific, the group consensus seems to be that Christians are: anti-alcohol, anti-marijuana, anti-abortion, anti-graphic movies, Christians are pro-second amendment, and we vote Republican.

Sometimes our stances on issues are stronger than the Bible’s stance on them.

Look at the comment section of any quasi-religious story or video and you are likely to find a Christian person explaining why they are against whatever is being discussed and why it’s wrong in the eyes of God. It seems we mistake taking a stand for Jesus as synonymous with taking a stance against everything we personally don’t like or agree with.

It’s like we build these soapboxes of self-righteousness and then we climb on them with our bullhorns trying to win everyone else over to our point of view. Try asking someone you know who isn’t a Christian what it means to be a Christian. You might find that their answer has little or nothing to do with following Jesus, but they probably know what things Christians typically view as sinful.

In building our platform on what we are against we have often neglected to establish a foundation of what we are for. As a result we are not often known by our love and grace to the community outside our walls.

What if we changed our approach? What would the Church look like if the first impression we gave outsiders was not one of judgment? What if we were known for our compassion, our connections, our graciousness, helpfulness and concern, rather than our separateness or our rules?

I’m not saying we should condone sin. I’m merely suggesting that the policy to judge first and ask questions later may not be the most effective one, or even the most biblical one.

In John 8, the religious leaders bring a woman caught in adultery to Jesus. She’s guilty. There is no denying that. They are using her as a trap against Jesus.

But what Jesus does is unusual. He doesn’t see a failure. He doesn’t see someone to be judged and tossed away. He sees a woman, a person whom He loves and values. He has every right to judge her for her sin, but He doesn’t. He forgives her. He doesn’t approve of her sin. He doesn’t tell her it’s OK, but he gives her grace. He sends her away, after saving her, after loving her, with a commission to leave behind her life of sin.

Jesus loved first. It’s through that love that He transforms hearts. Jesus didn’t have to take a stand against everything, because what He stood for was so powerful.

We spend so much time trying to avoid sin. We build our integrity around what we don’t do. But what if instead of first investing our energy in avoiding the appearance of evil, we started by simply focusing on drawing closer to Jesus? Trying to avoid sin doesn’t by default draw us closer to Jesus. However, it is impossible to draw near to Jesus without pulling away from sin. If we set out to stand against then our default will often be self-righteousness, judgment, and wrath. Jesus’s default was love, grace and peace.

Again, just to be clear: Obviously, we shouldn’t advocate or approve of sin. However, the best stance against sin is not to focus on what we’re against but rather on what we’re for. The closer we draw to Jesus, the more we begin to be molded into His likeness. We are called Christian “little Christs” because the early church was defined by their imitation of Jesus.

That is what really transforms people’s heart. Not arguments. Not empty proof-texting. What changes lives are encounters with Jesus and with those who are so close to Him that they start to look like Him.

If our lives are to be characterized, let them be characterized by our imitation of our Savior. We should focus first on aligning our hearts with God, growing in His love for people and caring about what He cares about. Our hatred for sin should be born out of our love for God and His people, and not wanting people to experience the destructiveness that sin brings.

The primary responsibility of every Christian is not to stand against sin. It is draw near to Jesus, to know Him and to be known by Him. Christians stand for Jesus. 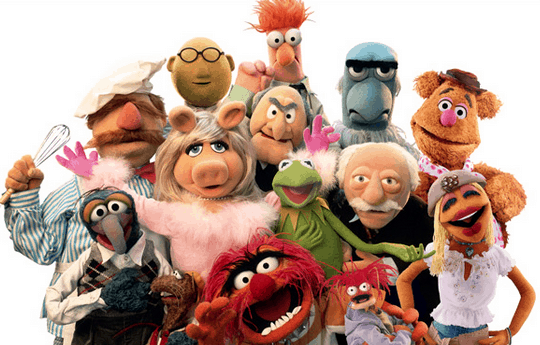