After my son, Jacob, died in an accident while I was asleep in the house, I struggled with debilitating guilt.

Guilt can be powerful. For the first few years after the accident, it felt like an all-consuming force that I couldn’t let go of but one that I wanted desperately to run away from. I hated myself so much for all the things I could have done differently that day.

I felt so ashamed, angry, stupid and unworthy. I felt like a failure as a dad and a husband. The weight of carrying the guilt was something my therapist and I worked on for quite some time. Session after session, we would talk through it. There were a lot of tears and painful discussions.

Eventually, my therapist was able to help me realize some truths that slowly started to sink in over time. None of it was overnight. And none of it was like a light bulb moment to point to that instantly made me feel better.

Therapy is like a farmer tending to his garden. You keep watering and picking weeds, and one day you show up and something starts sprouting out of the dirt. You just have to keep showing up to do the work. During that time, I learned some really important realities while working on my guilt:

We Aren’t Defined By Our Mistakes

The shame was permeating my entire identity. This caused unhealthy behavior, added stress and was a strain on my marriage and my ability to be a father to my daughters.

Through therapy, though, I was able to realize that one accident or mistake doesn’t define who I am. I’m still a good person, husband and father.

Healing Can Start When You Accept Responsibility

This step was incredibly difficult and took a very long time for me to work through. Although I definitely felt it, I was scared to death to say that I had any responsibility in Jacob’s accident. I fought as hard as I could and as long as I could to not accept it.

I was terrified to think what it meant about me that my decisions may have led my son’s death. What does it say about me as a father? Does it mean I am a bad person? Am I a terrible father? Did I fail my family? Am I worthy of being loved?

While I refused to talk openly about these fears, the guilt started feeding shame, and shame fed more guilt, and on and on. This put me on a hamster wheel of personal torture that I couldn’t figure out how to get off of.

Thankfully, with hours upon hours of working with my therapist, I was able to get to a place where I could bear the guilt without it continuing to rule my life. Bearing the guilt meant I had taken and accepted responsibility for what I could have done to prevent this accident. There were things I could have done differently. I accept that. I bear that guilt, but it doesn’t control me anymore.

Giving Up Is Not an Option, No Matter How Bad It Gets

There were times when I wanted to die because I felt like such a failure in my guilt and shame. I thought about how I wouldn’t have to feel this way anymore and I would be with Jacob.

But, then I would quickly realize the amount of pain I would leave the rest of my family in. What a wreck I would leave behind. My therapist would tell me, “All you have to do is think about getting through each minute, each hour, then each day. Get out of bed and put your feet on the ground. Take a step, then another step. One foot in front of the other and keep breathing.”

This summer, I stumbled upon a song from a band called Colony House that really resonated with me.

Two of the members of Colony House, Will and Caleb Chapman, are sons of Steven Curtis Chapman and Mary Beth Chapman. Back in 2008, one of Mary Beth and Steven Chapman’s daughters was killed when she accidentally ran out in front of Will’s car when he was driving up the driveway at their home. It was a total accident and terrible tragedy. From interviews I’ve seen, Will struggled with a deep sense of guilt after the accident.

In the song “Won’t Give Up,” Colony House sings about those feelings. The song starts:

Oh, the pictures in my head
They roll like the movies
I shut my eyes to cut the thread
But my memory shows no mercy

It was like someone climbed into my head and pulled out how I felt and then wrote a song about it.

No I won’t give up now

Sometimes our guilt feels like it’s taking a hold of us and dragging us into hell. It’s like our past mistakes are yelling at us through a megaphone, constantly reminding us of what we’ve done.

But I can tell you it is possible to find freedom from what can seem overwhelming and paralyzing.

This article originally appeared on thisjasonjones.com. Used here with permission. 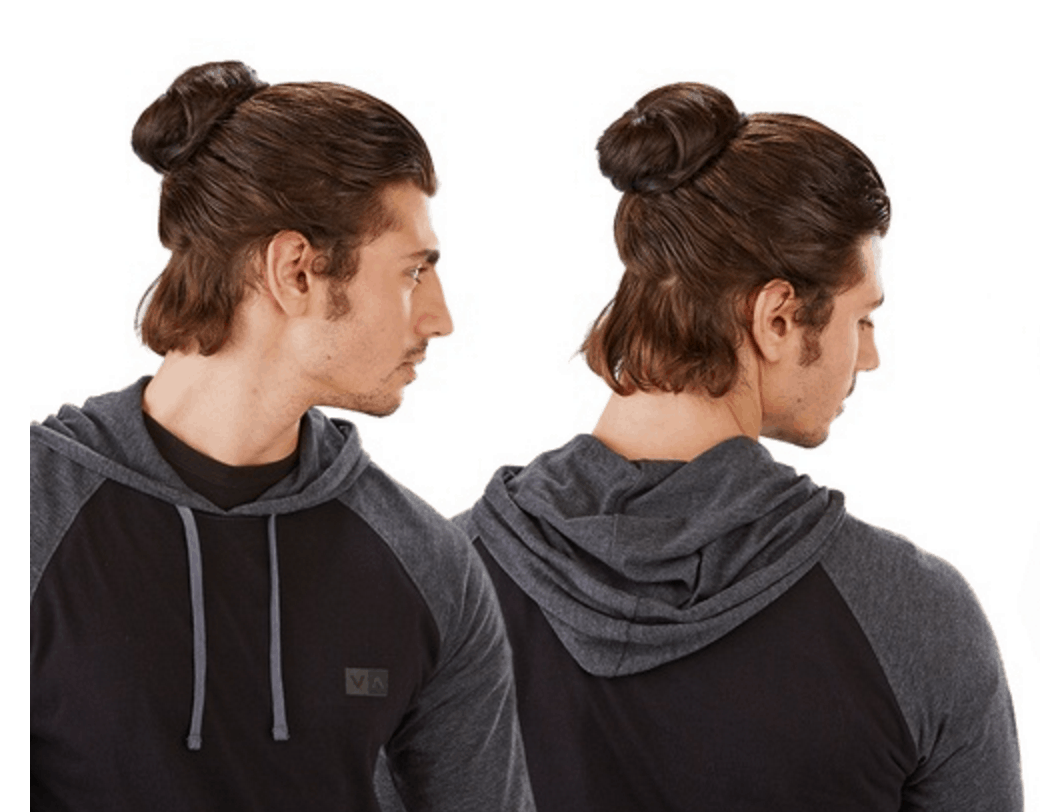 The Groupon for Clip-on Man Buns Has Finally Arrived