I am a gossip.

I have spoken words about others that have been unnecessary, unkind and sometimes even untrue. I have painted others with verbal caricatures that have been unforgiving and unflattering. More times than I would like to admit, I have needed to beg forgiveness from God and others for my speech.

I have also been the subject of gossip and felt the sting that accompanies it. And while I wish I could say that these experiences mostly occurred in the secular world, the truth is that most of these incidences have been amongst Christians, the very people who have been told to speak with grace (Colossians 4:6).

Whether it’s cloaked in a prayer request, “concern” for another or simply news from the grapevine, Christians have a problem with gossip. I have yet to find a place where gossip isn’t present on some level or another. Even Christian leaders can be guilty of gossip when a healthy conversation about the well being of their congregants veers into speculation.

While “bigger” issues (like sexuality or women in ministry) are treated with divisive importance in the lives of Christians, gossip has become an almost expected part of the Church. It may receive half-heartedly warnings, but often it is ignored, or even mentioned jokingly—starting off with something like, “Now, I don’t mean to gossip, but …”

Our inaction to root out gossip indicates that it isn’t an important issue to be dealt with. Worse still, not addressing gossip may be a resignation showing our true feelings: that gossip is an unconquerable sin.

When gossip is confronted, we tend to focus on the immediate, outward damage: friendships are torn apart, feelings are hurt and reputations ruined.

These are the obvious consequences of gossip, and ones that we should take seriously, but I wonder if the most damage done by our gossip has actually be done in our own souls.

Each time we gossip and brush it off as a minor, respectable sin, are we simply strengthening our immunity to the Holy Spirit’s conviction?

Like a house that looks fine except a slightly creaky floor or leaky roof, we want to believe that gossip is a superficial and trivial issue in our lives.

But gossip is more like a house filled with termites, feasting away at the frame of that house and inflicting severe damages. The result is that the façade still stands, but gossip has wormed its way into our core, leaving us a hollowed-out shell.

The Dual Sins of Gossip

What is it that makes gossip so toxic to our souls? At its root, gossip is a manifestation of two elusive sins: pride and idolatry. C.S. Lewis, who called pride “the essential vice, the ultimate evil,” wrote: “A proud man is always looking down on things and people.”

Pride is like an unscrupulous marketing agency for our lives and abilities. Obsessed with presenting the best possible view of self, pride treats gossip as a necessary by-product in order to get ahead.

Along with this pride is idolatry, which reveals what we truly love and value. Martin Luther addressed idolatry saying: “Whatever your heart clings to and confides in, that is really your God, your functional savior.” Gossip exposes our functional saviors as idols when we examine our real motives when gossiping.

The Idol of Superiority

Psychologists refer to “superiority complexes” as defense mechanisms against our true feelings of inferiority. We gossip to prey on other’s reputations and thus feel smugly better about our own. Our deep-seated insecurities are temporarily soothed as we focus on another’s shortcomings. But this inflated sense of self-worth always comes at someone else’s expense and reveals an unhealthy obsession with ourselves.

The Idol of Retribution

“They will pay!” Whether we think those words consciously or not, it is often our attitude when we are wronged. We feel vindicated in verbally assaulting someone’s reputation because we recall too well the pain they have caused us. And while retribution is not always wrong, when we idolize it we risk acting out of anger and revenge.

(Please note that reporting abuse is not the same as gossip. The proper authorities should always be notified of abuse so that it can be dealt with correctly.)

The Idol of Acceptance

Often gossip is so prevalent in our lives that someone who refuses to gossip seems to be putting a damper on the fun. In our haste for acceptance, we indulge people’s prying tendencies, regardless of the effect they will have. Our gossip is quickly gratified because we receive the approval we crave.

The Idol of Control

Gossip also can come from our need to control. In an effort to get our own way, we massage the truth and manipulate the story until it fits our needs. When we murmur a tainted version of the reality, we are able to control both people and situations.

These idols show that gossip not only destructive to other people’s lives, but also to our own. Gossip is not an easy habit to curb, especially when it is so prevalent in our society and our Churches. Since gossip will still be happening all around us, we wonder what good will come of us stopping.

Yet it is an issue of soul-health.

Just as we feel better as we make healthier food and lifestyle choices, so our souls feel better as we make healthier spiritual choices. We may not have known that something was wrong before, but as we experience this new normal we realize what life was supposed to be like all along. When we stop making excuses for our gossip, our souls, which functioned for so long in a state of chronic spiritual illness, begin the slow process of healing.

Callie Glorioso-Mays is on an uphill journey to learn continually, love freely and live vulnerably as a writer, a military wife and mama to one. She is a member of the Redbud Writers Guild and blogs at cglorioso.blogspot.com. 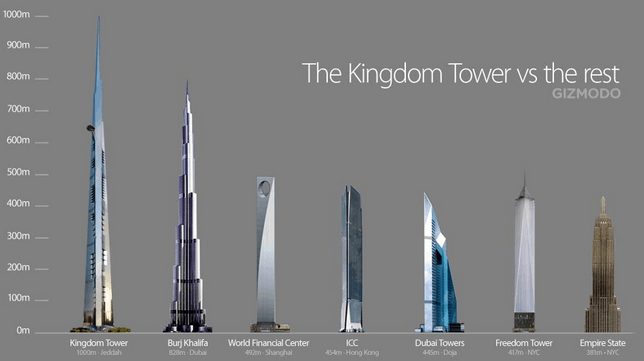