In Matthew 21, we’re told the story of Jesus confronting people for using the temple as a place to sell and purchase goods and, many say, as a means to push out the non-Jews from the one place they were allowed to worship.

“It is written, ‘My house shall be called a house of prayer,’ but you make it a den of robbers,” Jesus tells the merchants. What was intended to be a place for seeking the face of God turned into a place of seeking personal gain and exaltation.

In fact, Jesus spent a lot of His ministry on earth calling out seemingly religious people for the difference between who they appear to be and the reality of who they actually were. “This people honors me with their lips, but their heart is far from me” (Matthew 15:8). “For you clean the outside of the cup and the plate, but inside they are full of greed and self-indulgence … So you also outwardly appear righteous to others, but within you are full of hypocrisy and lawlessness” (Matthew 23:25-28).

Similarly, we also use good, seemingly God-glorifying things to subtly peddle our own agenda. We use religion to entertain the dangerous affections of our hearts. And we tend to use common channels that can actually indicate hidden idols:

1. Obsession with Calling, Impact and Changing the World

Our love for self-promotion often finds its outlet in striving to make an impact or leave a legacy. We get caught up in our personal story. Yet, world-changing is not a commandment in Scripture.

If our goal is glorifying, seeking and obeying Christ, our conversations probably won’t revolve around us and what we want to accomplish. Even the most ill-intentioned people influence others, but even great influencers can’t manufacture heart-change—only Christ can—and that’s the kind of impact actually needed.

If you want to have real impact, your cause needs to be Christ, not simply being famous or making a difference. You have to be in close enough communion with Christ to have your eyes open to what He’s accomplishing around you and the humble obedience to join Him there even if it’s not what you planned.

Our lack of growth and emotional Christianity often finds safety behind our anti-religion soapboxes. We demand grace (ironic, because grace by definition isn’t something you deserve or are entitled to) and propagate authenticity.

While both are great things, we often twist them to accommodate a watered-down version of Christianity when they’re actually intended to move us toward growth. We don’t take seriously the idea of presenting of ourselves as slaves to righteousness (Romans 6). Or being holy as He is holy (1 Peter 1). Or that we’ve been given everything we need for life and godliness through the knowledge of Him who has called us, so we don’t have an excuse (2 Peter 1).

This anti-religion mindset is still a form of religion. Religion is just a system of beliefs that drives the way you conduct yourself. Often, the people who despise religion actually have one of the strongest forms of it.

3. The Perception of Perfection

We shelter our pride and jealous insecurity under the umbrella of perfectionism. “Whatever you do, do all to the glory of God” (1 Corinthians 10:31), right? We start comparing and competing with those around us to do more service, say the right things and look like “better” Christians.

But how glorifying is it to God, though, if it simply emphasizes ourselves? We are better examples of humility and grace at work when we stop pretending to have it all together and get honest about weakness, vulnerability and dependence on Christ.

A branch of this can also be seen in the superiority complex, resembling theological gladiator battles in its more enthusiastic forms or quietly picking people apart in our minds as if we’re the few people on earth who have it together.

Just like Jesus took the guys at the temple seriously, so He also takes our idolatry seriously.

“Those who pay regard to vain idols forsake their hope of steadfast love,” says the prophet Jonah (Jonah 2:8).

The puritan Matthew Henry comments on this verse saying, “Idols are lying vanities, and those that pay that homage to them which is due to God only act as contrarily to their interests as to their duty.”

Not only are we called to something greater than idols, but they aren’t even good for us.

So, we need to recognize the idols driving our behavior and respond in repentance. That means centering our lives on the glorification, pursuit and worship of Christ, rather than ourselves.

Bethany Shaeffer spent several years in ministry to college students at Liberty University and has also has done marketing/communications for the university and Liberty Christian Academy. She is passionate that her generation would experience the Gospel at work in their hearts and it would revolutionize the way they live life. 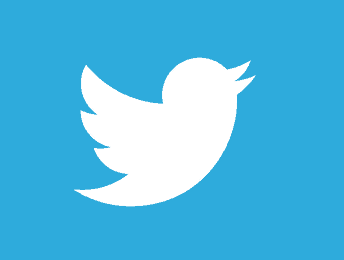 Twitter Is Removing the Character Limit on Direct Messages 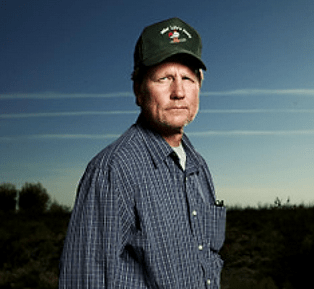