Most of us would say we want to follow Jesus—we want to do what Jesus would do, as the faded W.W.J.D.? bracelets of the 1990s suggested we ask ourselves constantly. But here’s the truth: You can’t follow Jesus if you don’t know what he was doing.

Think about the problems we have following Jesus. If Jesus walked on water, should we likewise stop using life jackets as a sign of faith? If Jesus mixed his spit with Mediterranean mud and wiped it on a blind man’s face, should we carry around a Ziploc bag of dirt in case we run into a blind person? If you read that Jesus flipped over tables and whipped unfair businessmen on Temple grounds, does that give us the right to throw a temper tantrum and physically harass unjust people? If so, I have always thought the concession prices on nachos and warm pretzels at stadiums were outrageous. Maybe I’ll start smashing hot dog warmers and flip over some grills at the next game.

There are many confusing questions along these same lines. But most of us either ignore enigmatic actions of Jesus in the Bible, or we settle for generic interpretations. We take His actions, mix them with our assumptions, and produce advice for life that reflects more our opinions than his intentions.

We must understand that Jesus falls into a long line of God’s prophets who acted out their messages. The prophet Ezekiel built a model of the city of Jerusalem and laid down buck naked next to it for a year. He was trying to catch people’s attention (that’s also why you don’t see “Ezekiel” films alongside films about Joseph, Moses and David). Another prophet Elijah called down lightning to burn up a bull. That wasn’t a random idea, but a specific challenge to a pagan God that claimed to control thunder and lightning.

In the New Testament, Jesus picks up the same tactic and acts symbolically.

We must realize that Jesus’ actions sent specific messages to his world. His actions were not generic. Each decision recorded in the Gospels is rife with the intentionality of a man on a mission. He understood the culture and context in which he lived and set out to reorder it. So we cannot simply observe his actions without asking what it meant to those around him. There are messages we will miss and paths we will walk by if we are not careful.

Jesus was a cultural revolutionary

When you look closer at Jesus’ actions in his historical context, you find a cultural revolutionary. I spent years exploring the meaning of His actions while I studied the historical context of the Gospels in Israel, Turkey and Greece (remember Luke and John wrote for an audience that lived outside of Israel). The findings I uncovered blew me away—revealing a Savior with culture-shaping purposes behind even His most mysterious actions.

Jesus’ bold cultural engagement began at his birth and continued throughout his life. Too many of us think about baby Jesus born in a backwoods barn when Luke tells the story to challenge Roman imperial claims that Augustus is the savior of the world. Luke wants readers to believe Jesus has the solutions to society’s toughest problems and not pretentious propaganda from politicians.

Challenges to cultural values and practices dominated Jesus’ life. Every healing of unclean diseases dissolved a cultural barrier between the sick and God himself. Sick people Jesus healed were excluded from Temple worship and told God had given up on them. In that context the miracle of Jesus’ healings is in restoring access to redemption rather than just making people feel better.

Specifically, when Jesus healed a disabled person sitting in a Greek god’s sanctuary just north of the Temple, He was demolishing cultural lies about the path to freedom. He wasn’t just doing generic miracles to prove divinity. He was taking on the loudest cultural voices of His day that competed with the truth. And that is our example to follow.

Reenacting the way of Jesus

Many of us set out to follow Jesus without knowing Him very well. We know He was born miraculously, taught profound truths, died and came back to life. So we say thanks for the death and resurrection part, particularly around Easter. We celebrate Christmas to remember the miraculous birth part. And then we are left with a vision of Jesus teaching profound truths. So we tend to do the same. We read. We study. We debate. And we look to tell other people what we know. That isn’t all bad, but it isn’t all there is, either.

We can’t view Jesus as a talking head if we want to follow Him. His words do teach us, but His actions have a message we’d better not miss. When we discover the point of His actions, then we find a mission for us to remake in our culture. It’s how we learn to follow Him. If your knowledge of Jesus doesn’t extend into the purposes of everything else He did between the birth and death parts of the Gospels, you are in trouble. Again, how can you follow Jesus if you don’t know what He was doing?

We must see Jesus in action. We must see the roles that He played to take on corrupt cultural norms so we can reenact them in our culture today. We must faithfully reenact why He did what he did. And we must creatively carve out paths in our culture that accomplish the same purposes He had in His context. Let’s get going.

Dr. Paul T. Penley is a Bible professor, author, and the director of research at the philanthropic advisory firm Excellence in Giving. He studied biblical backgrounds in Israel, Turkey, Greece and Egypt and puts his faith in action at home with his family in Colorado and around the world on trips to Bolivia, Uganda, Kenya, Kosovo, Mexico and India. Find his latest book and blog at www.ReenactingtheWay.com or follow the conversation on Facebook. 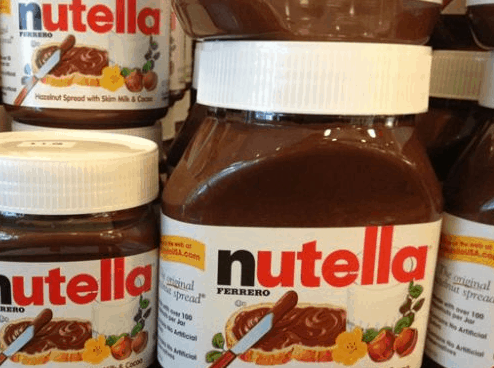 Does God Need Our Defense?