Years ago, I went through a time I’ve referred to as my “wilderness”—years of severe sickness, deep depression and overwhelming anxiety (in that order).

At the time, I clung to God, and a depth of intimacy was carved out between us. I knew that in accepting the season, God would deliberately use it not only for our relationship, but also for that of others. And He did. I’ve shared that story many times. I’ve helped others go through their suffering with the hope that it is meaningful. And I wouldn’t change that belief for a second.

But there was another part to me that I was not facing. Beneath the strong assertions that God was wise and good, that He helped me through it all, lay an old hurt I never fully acknowledged. Buried under the “I want to be a good Christian” and “I don’t want to feel pain” mantras I was unknowingly clinging to, there was an angry pain that grieved the fact that I even had to go through what I did in the first place.

These hidden feelings rose to the surface recently, when I was feeling “low” for seemingly no reason. Suddenly, I start talking to God about that suffering years ago. I let myself speak things I never said before:

“Why did I have to go through what I did? Why is it not perfected yet? Was it all really necessary? I trusted you with everything I had! Are you not as great as I thought you were?”

It was painful and emotional. I let myself say whatever came to my mind, from my heart. I also shared my fears that if He let those things happen before, maybe He could again.

Maybe you’ve had a similar experience. Pain, either from present circumstances or from the past, rises to the surface and you wonder why God let certain things happen.

Often, when this kind of pain presents itself, we briefly feel anger or hurt toward God, but don’t really own it. Perhaps because the intensity of the feeling scares us. Perhaps because we launch into fix it mode—wanting to quickly tie up the story in a nice bow and make it look good not just to others, but also to ourselves.

There is no doubt that painful situations can become beautiful. But we don’t have to be afraid if they are a bit messy on the way there, or even if they are imperfect once they are made beautiful.

Many Christians believe that the human part of us—that place of automatic, natural emotion—is bad or, at least, not as good as the spiritual part. So we ignore and suppress those raw feelings, thinking we shouldn’t feel them. But just as burying anger with a friend isn’t healthy for your relationship, burying your anger with God results in hurt, bitterness and distance. It’s not how God made us, or wants us to be.

Admitting and releasing emotions does not mean we have to get stuck there. Quite the opposite, actually.

When I allowed myself to feel the depths of my emotion in that time, it was strange, a bit scary, but relieving. It felt freeing to voice it. And strangely, though I didn’t tell myself any positive truth, I felt some sort of burden lift. I felt a subtle, yet noticeable, relief; a new kind of peace.

And in some strange way, I realized it wasn’t just me who initiated this uncharacteristic venting of my feelings.

The truth is, emotions can stay stuck in us for much longer than we expect. I believe God wants us to give those wounds the attention they need. I believe He knows we need that.

Perhaps there are times when—dare I say it—God is OK with our angry expressions toward Him.

It shows we care about our relationship with Him; that we care enough to try, rather than just walking away. It shows we are willing to be real, to not hide behind a front, but to open our genuine selves to Him.

There is really nothing more beautiful than feeling safe enough to offer the most vulnerable parts of you to another.

It may feel blasphemous to give voice to some of things you’ve wondered about God and His character, but just as we are brave to truly share with God, so He is loving to handle whatever we bring.

Therefore, let yourself be in touch with whatever you feel toward God. Not even just the anger—which is more like a shield—but the real, hurt you feel underneath it. Get in touch with that place. Bringing that place to God. That’s the way to start healing.

It’s OK, even good, to take time with hurt feelings, to digest them and move at your own pace. But they are also meant to be walked through. Sharing is one way to do that. But there is another.

In times I have felt hurt, I ask God to just see Him. Sometimes I just ask to know He is still with me and that He’s still the God I knew Him to be.

Every time I’ve made this prayer, I end up seeing some unexplainable gift arrive, some time after. It might not be the fixing of what I’m sad about (though it has been before), but God provides a clear sign that He is still by my side, often in ways I wouldn’t have expected.

No matter where you are in the process, I don’t believe God is done with you or with your life. I can imagine Him inviting you to challenge Him to show up in some way, when you’re ready.

Just be willing to honor the heart He gave you in the meantime. 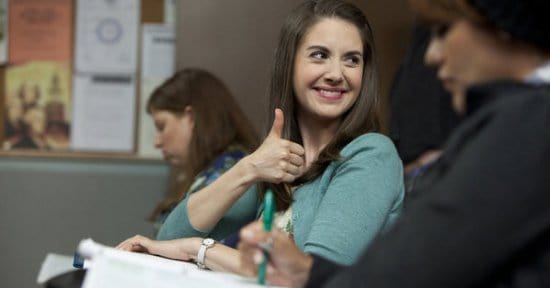