When I was professor at a theological seminary in the mid-eighties, one of my students was a young man named Mark Gornik. One day we were standing at the copier and he told me that he was about to move into Sandtown, one of the poorest and most dangerous neighborhoods in Baltimore. I remember being quite surprised. When I asked him why, he said simply, “To do justice.”

It had been decades since any white people had moved into Sandtown. For the first couple of years there, it was touch and go. Mark told a reporter, “The police thought I was a drug dealer, and the drug dealers thought I was a police officer. So, for a while there, I didn’t know who was going to shoot me first.” Yet over the years Mark, along with leaders in the community, established a church and a comprehensive set of ministries that have slowly transformed the neighborhood.

Although Mark was living a comfortable, safe lives, he became concerned about the most vulnerable, poor and marginalized members of our society, and made long-term personal sacrifices in order to serve their interests, needs and cause.

That is, according to the Bible, what it means to “do justice.”

Justice is Care for the Vulnerable

The Hebrew word for “justice,” mishpat, occurs in its various forms more than 200 times in the Hebrew Old Testament. Its most basic meaning is to treat people equitably. It means acquitting or punishing every person on the merits of the case, regardless of race or social status. Anyone who does the same wrong should be given the same penalty.

But mishpat means more than just the punishment of wrongdoing. It also means giving people their rights. Deuteronomy 18 directs that the priests of the tabernacle should be supported by a certain percentage of the people’s income. This support is described as “the priests’ mishpat,” which means their due or their right. Mishpat, then, is giving people what they are due, whether punishment or protection or care.

This is why, if you look at every place the word is used in the Old Testament, several classes of persons continually come up. Over and over again, mishpat describes taking up the care and cause of widows, orphans, immigrants and the poor—those who have been called “the quartet of the vulnerable.”

In premodern, agrarian societies, these four groups had no social power. They lived at subsistence level and were only days from starvation if there was any famine, invasion or even minor social unrest. Today, this quartet would be expanded to include the refugee, the migrant worker, the homeless and many single parents and elderly people.

The mishpat, or justness, of a society, according to the Bible, is evaluated by how it treats these groups. Any neglect shown to the needs of the members of this quartet is not called merely a lack of mercy or charity but a violation of justice, of mishpat. God loves and defends those with the least economic and social power, and so should we. That is what it means to “do justice.”

Justice Reflects the Character of God

Don’t miss the significance of this. When people ask me, “How do you want to be introduced?” I usually propose they say, “This is Tim Keller, minister at Redeemer Presbyterian Church in New York City.” Of course, I am many other things, but that is the main thing I spend my time doing in public life.

Realize, then, how significant it is that the biblical writers introduce God as “a father to the fatherless, a defender of widows” (Psalm 68:4-5). This is one of the main things He does in the world. He identifies with the powerless. He takes up their cause.

We must have a strong concern for the poor, but there is more to the biblical idea of justice than that. We get more insight when we consider a second Hebrew word that can be translated as “being just,” though it usually translated as “being righteous.” The word is tzadeqah, and it refers to a life of right relationships.

When most modern people see the word “righteousness” in the Bible, they tend to think of it in terms of private morality, such as sexual chastity or diligence in prayer and Bible study. But in the Bible, tzadeqah refers to day-to-day living in which a person conducts all relationships in family and society with fairness, generosity and equity. It is not surprising, then, to discover that tzadeqah and mishpat are brought together scores of times in the Bible.

These two words roughly correspond to what some have called “primary” and “rectifying justice.” Rectifying justice is mishpat. It means punishing wrongdoers and caring for the victims of unjust treatment. Primary justice, or tzadeqah, is behavior that, if it was prevalent in the world, would render rectifying justice unnecessary, because everyone would be living in right relationship to everyone else. Therefore, though tzadeqah is primarily about being in a right relationship with God, the righteous life that results is profoundly social.

Rectifying justice, or mishpat, in our world could mean prosecuting the men who batter, exploit and rob poor women. It could also mean respectfully putting pressure on a local police department until they respond to calls and crimes as quickly in the poor part of town as in the prosperous part. Another example would be to form an organization that both prosecutes and seeks justice against loan companies that prey on the poor and the elderly with dishonest and exploitive practices.

Primary justice, or tzadeqah, may mean taking the time personally to meet the needs of the handicapped, the elderly or the hungry in our neighborhoods. Or it could mean the establishment of new nonprofits to serve the interests of these classes of persons. It could also mean a group of families from the more prosperous side of town adopting the public school in a poor community and making generous donations of money and pro bono work in order to improve the quality of education there.

When these two words, tzadeqah and mishpat, are tied together, as they are over three dozen times, the English expression that best conveys the meaning is “social justice.”

Many readers may be asking at this point why we are calling private giving to the poor “justice.” Some Christians believe that justice is strictly mishpat—the punishment of wrongdoing, period. This does not mean they think believers should be indifferent to the plight of the poor, but they would insist that helping the needy through generous giving should be called mercy, compassion or charity—not justice.

In English, however, the word “charity” conveys a good but optional activity. Charity cannot be a requirement, for then it would not be charity. But this view does not fit in with the strength or balance of the biblical teaching.

In the Scripture, gifts to the poor are called “acts of righteousness,” as in Matthew 6:1-2. Not giving generously, then, is not stinginess but unrighteousness, a violation of God’s law. In the book of Job, we see Job call every failure to help the poor a sin, offensive to God’s splendor (Job 31:23) and deserving of judgment and punishment (v. 28). Remarkably, Job is asserting that it would be a sin against God to think of his goods as belonging to himself alone. To not “share his bread” and his assets with the poor would be unrighteous, a sin against God, and therefore by definition a violation of God’s justice.

Despite the effort to draw a line between “justice” as legal fairness and sharing as “charity,” numerous Scripture passages make radical generosity one of the marks of living justly. The just person lives a life of honesty, equity and generosity in every aspect of his or her life.

If you are trying to live a life in accordance with the Bible, the concept and call to justice are inescapable. We do justice when we give all human beings their due as creations of God. Doing justice includes not only the righting of wrongs but generosity and social concern, especially toward the poor and vulnerable.

Tim Keller was born and raised in Pennsylvania and educated at Bucknell University, Gordon-Conwell Theological Seminary and Westminster Theological Seminary. He was first a pastor in Hopewell, Va. In 1989, he started Redeemer Presbyterian Church in Manhattan with his wife, Kathy, and their three sons. He is the author of the New York Times best-seller The Reason for God, and most recently, Walking With God Through Pain and Suffering. 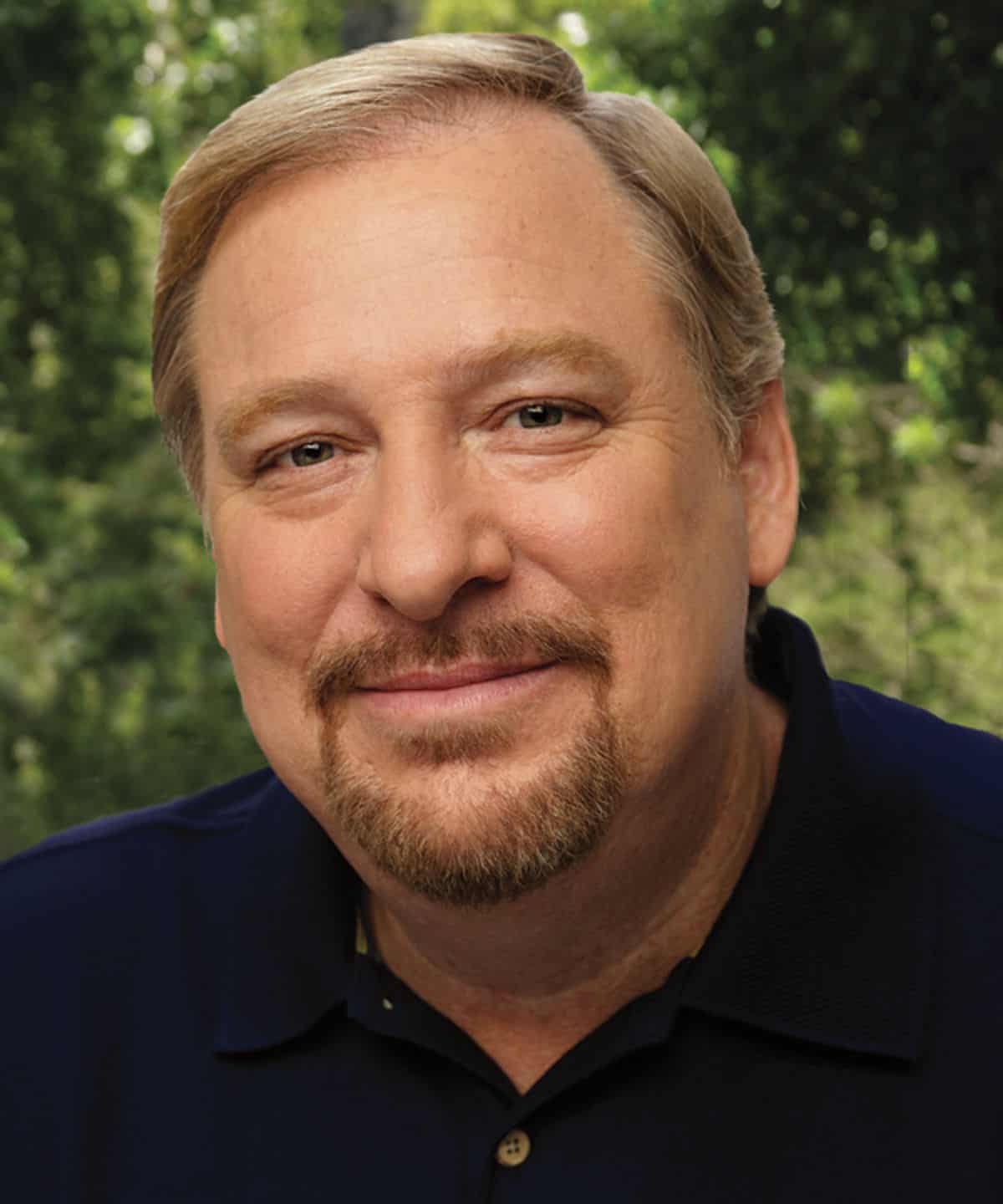 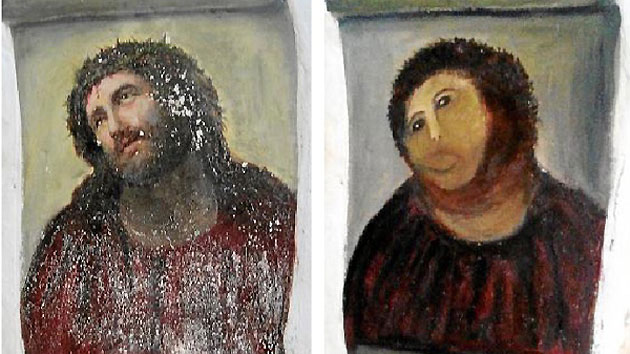