The fact that Christ rose from the dead isn’t all that miraculous. Yes, I’ve never met a resurrected guy before, but there are plenty of stories in the Bible (and outside the Bible) of people rising from the dead.

If rising from the dead is the foundation of faith, then why aren’t we worshiping Lazarus, after all?

If it isn’t the resurrection that a Christian should base their faith on, then what? It’s what came after. The part of the story that almost feels like a mere footnote; the part that some of the gospel writers didn’t mention at all; and the part that doesn’t even have a holiday attached to it. What is it? The Ascension.

Jesus didn’t just raise from the dead–he Ascended into heaven.

But what does the Ascension mean, and why does it feel like just a footnote?

The Elephant In the Room

Before getting into why the Ascension is so important, it’s worth taking a detour to speak to the elephant in the room: Jesus ascended into heaven, so why weren’t people talking about it? What’s more impressive after all? A guy coming back from the dead or a guy straight up walking into the gates of heaven?

The Ascension may not be the most talked about event of the gospels, but it certainly was spoken of. Luke mentions it. So does John. And depending on where you think the Gospel of Mark ended, he did too. And let’s not forget the dozens of places it is mentioned outside of the gospel.

The reason it doesn’t take a more upfront role is twofold. One: it probably wasn’t all that impressive. It wasn’t like Jesus strapped on a pair of hover shoes and road up into the sky shooting lasers out of his eyeballs for all within a 300-mile radius to see.

The Ascension was a deeply personal event that was more for his core team of disciples to witness, and then tell the world about.

In reality, there’s nothing to say he Ascended at all; the word Ascension is a reference to going to heaven–not the action in which he got there. The Ascension could have been a portal opening to heaven for all we know.

And two: the resurrection was more important to the Gospel audience. In terms of the story, most new believers were most impressed by the resurrection account, and so that’s what they were told.

The resurrection is important, but it’s nothing without the theology behind the Ascension.

So if the resurrection is what attracted new believers, but it’s nothing without the theology of the Ascension, then why is the Ascension so important?

We all know that Christ died for our sins; anyone who’s spent an hour in Sunday school can tell you that much; but Christ went beyond that: he defeated death. He fulfills the promise to return to the Father, and he is no longer bound by Earth. Heaven is boundless. Christ can now travel anywhere and to anybody–fully accessible all the time.

But more significant than all of that is the fact that he ascended into heaven with the promise that something else would descent down on us: the Holy Spirit. With the Ascension, God is something that can manifest inside of us through the Spirit.

We don’t know what the Ascension looked like, but we do know what Christ did before he left. And it’s moving.

He could have given his greatest sermon right before he left–and, depending on how you look at it, he did. He knew he was leaving. It was time to leave his disciples with parting words. But he didn’t use words: he used an action. His final act on Earth wasn’t a speech: it was a blessing. Luke 24:50 says he, “lifted up his hands and blessed them.”

There were words spoken. But it’s the action that is important to the Gospel writer. But it’s even more moving than that. His hands are risen in this moment. Who cares, right? Not exactly. This is a pretty small bunch. Jesus could have just as easily put his hands over them–that is what would have been expected. But instead the blessing is separated from them–and even more: over them. It’s as if he’s not just blessing the disciples: he’s giving a blessing that radiants over them to the entire world.

After the Ascension there’s something else that’s important. The disciple’s seem instantly changed. You see a change happening after the resurrection, but there still seems to be reservations and confusions.

When Jesus Ascends, the disciples get it. Luke 24:52 says that they worshipped him. Jesus isn’t the teacher anymore; he’s not the prophet; he is God. They are worshiping the way you worship God alone.

Jesus could have risen from the dead then Ascended into heaven instantly, giving the Holy salute to anyone there to witness it. But he stayed for 40 days. He gave his final teachings in those 40 days, and those teachings transformed the scarred and confused disciples into men of action who were prepared to go into the world.

Easter is a, no doubt, an important holiday, but when you want to dig in deep and really understand the closeness we can have with God, then look to the Ascension.

Scott Douglas is the author of "#OrganicJesus" and the upcoming book "Jesus Ascended. Why Does It Matter?". You can find more of his work at scottdouglas.org 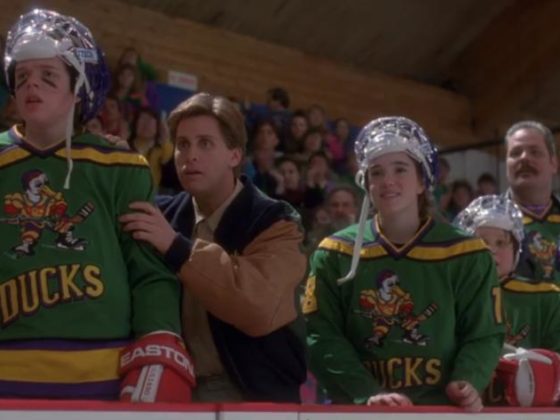 Quack Attack: ‘The Mighty Ducks’ Is Coming Back With Emilio Estevez 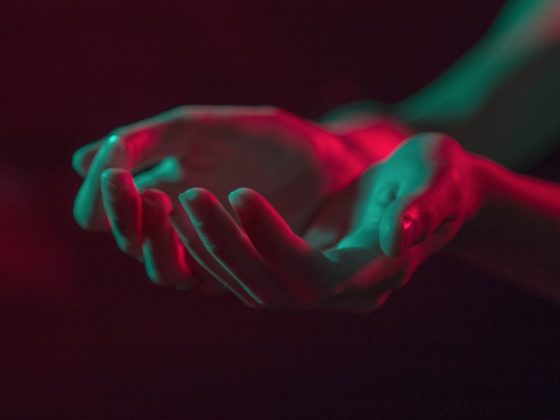 How My Venting Prayers Came Up Short