I miss the kind of church that Scott describes in this book, and I don’t think I’m alone.”

One Sunday at church, a woman named Ann showed up. From the start, it was clear that her life had been shredded up by hard living. Ann explained to our greeters that she was in recovery from an opioid addiction (specifically, heroin), to which the needle streaks and scars on her arms gave witness. She was barely 30-days sober.

The people at the rehab center had encouraged her to “add religion” to her life, because religious involvement tends to decrease the chances of relapse.

On her way to the worship service, Ann dropped her two boys off at the nursery. When she returned after the service, a woman named Jane broke some bad news to her. During the service, Ann’s two boys had been aggressive with several of the other children and broke several of the toys. Humbly, Jane said to Ann, “I’m so sorry to tell you all this, but I thought that as the boys’ mother, you would want to know.”

Impulsively, Ann responded by yelling, “S***!” in front of several children and parents.

What happened next caused my heart to sink. First, silence. Next, an embarrassed, burning blush rising to Ann’s face. Then, Ann walking the walk of shame from the nursery and out the door, forlorn and beaten down—no doubt for the umpteenth time in her life—by the shame and regret and the familiar feeling of failure.

It would be easy for our church to recover from this nursery incident with Ann and her boys. But would Ann recover? Could Ann recover from the shame that she carried out the door—the shame of a mother and recovering addict who took a risk, went to church, and bellowed an obscenity in front of all the children? Sadly, probably not.

But Jane had an idea. What if she could reassure Ann in the same way that the angel of the risen Jesus reassured the once-demon-possessed Mary Magdalene and the coward-betrayer Peter (Romans 16:1-8)? What if, roughly 2,000 years after the fact, the resurrection story could be re-enacted with life-giving, shame-reversing, community-forming words delivered not by an angel, but this time by Jane, the nursery worker?

Jane sent a letter to Ann that read something like this:

It’s me, Jane, from the nursery at church on Sunday.

I’m writing first to let you know that all is well at church. No harm done! And the broken toys? No problem! We needed to replace so many of them anyway.

But what I really want to do, Ann, is thank you. Thank you for the way that you wore your heart on your sleeve on Sunday. That meant a lot to me, because I am often tempted to hide the messy things that agitate my heart. Thank you for being willing to be honest. Your courage to be honest got me thinking—what better place to be honest than church?! You reminded me that Jesus invites us all to come to him raw and real—and to do that together and never alone.

I hope to see you again. More than this, I hope we can become friends.

The next Sunday, Ann returned to church. Having limped out the door the previous Sunday, she returned with a spring in her step that said, “These are my people, and I want their God to be my God, too.”

And her people we became. And our God, the resurrected and Living One, Jesus Christ, became her God, too. As her newfound faith grew over time, Ann would attest with a smile that she was a beautiful mess, a work in process toward her ultimate completion in Christ. Her presence in our community was so good for all of us.

Then, two years after her cussing incident in the nursery, Ann became the nursery director for the church.

There you go! A happily-ever-after story, right?

Several years later, we received a message that was short and heavy. Ann, having been many years sober, had relapsed and died from a heroin overdose.

Ann reminds us that trusting in the Risen Savior is more than a mere intellectual endeavor. It has to be more than intellectual for our faith to mean anything. It has to be visceral, from the gut, heart-level, and even more than all of these things…true. It has to be true. Because without resurrection, there is no hope for Ann and there is no hope for us. If Christ is not risen, we are of all people the most to be pitied (1 Corinthians 15:19). If Christ is not risen, we are still in our sins and are without hope. And yet, Christ is risen indeed! What’s more, he is going to return to make all things new.

For Ann, this means that even though she fell asleep on a destructive high, she woke up in the arms of Jesus completely sober. Ann fell safe when she fell hard into the everlasting embrace of her Resurrected Maker. From the first moment she placed her trust in Jesus, Ann’s judgment day had been permanently moved from the future to the past. Even at her lowest and most shameful, self-loathing moment, Ann was fully secure and loved.

As Ravi Zacharias has said, “Jesus did not come to make bad people good or to make good people better, but to make dead people alive.”

For Mary Magdalene, Peter, Ann, and all who trust in the Risen Jesus what remains is a future with no more death, mourning, crying, or pain (Revelation 21:1-7). It is a world where we will be like Jesus, because we will see him as he is (1 John 3:2).

After C.S. Lewis recognized Jesus in the Great Story behind every good story, he wrote a series of children’s books called The Chronicles of Narnia. The final book in the series paints a beautiful and compelling picture of what is to come.

In the following excerpt, Lewis imagines what it will be like for Christ’s family of sinner-saints on the first day of the life that is to come, which we call the resurrected life. Referring to the Christ-figure and lion, Aslan, Lewis reminds us that the highlight reel of even the very best earthbound stories will pale in comparison to our resurrected future. Take a deep breath, let your imagination be awakened by the words, and know that Jesus didn’t come up from the dead only for Mary Magdalene and Peter. He also came up from the dead for you.

As [the resurrected Aslan] spoke, He no longer looked at them like a lion; but the things that began to happen after that were so great and beautiful that I cannot write them. And for us this is the end of all the stories, and we can most truly say that they all lived happily-ever-after. But for them it was only the beginning of the real story. All their life in this world and all their adventures…had only been the cover and the title page: now at last they were beginning Chapter One of the Great Story which no one on earth has read: which goes on forever: in which every chapter is better than the one before.

There it is. A happily-ever-after story that is also an echo of the ultimate, truest Happily-Ever-After Story. The “myth” that is also a fact anchored in history.

Christ is risen, Christ is with us, and Christ is for us. Nothing—not even ourselves—can ever change that fact.

This is an adapted excerpt from Irresistible Faith: Become the Kind of Christian That the World Can’t Resist by Scott Sauls. Used by permission from Thomas Nelson. 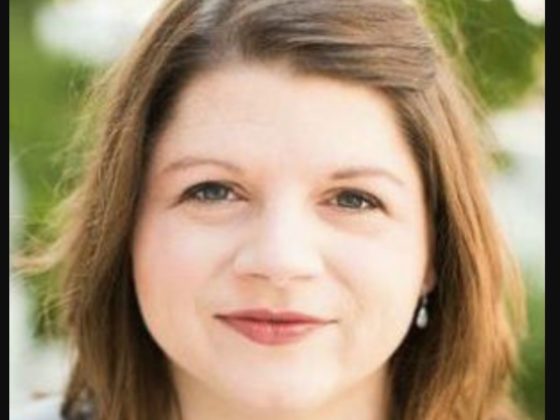 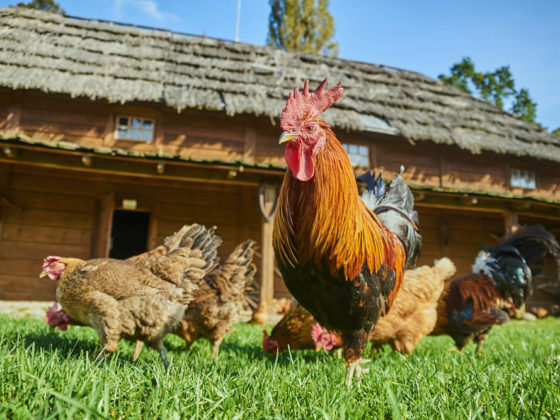