“I just don’t feel like people take me seriously.”

I’ve heard this statement a lot lately. Recently, I was talking with a friend who is burnt out and just plain tired of church. She said, “I’m done trying to get people to take me and my faith seriously.”

I kind of don’t blame her. Our church culture has taken on this tone of extreme seriousness, maybe even competitiveness—and not the good kind.

Don’t get me wrong, I’m not saying we should gloss over hardships and struggles. There are times that call for somber response, but certainly not all the time. It’s easy to get around a group of Christians and have it become a contest of who had the longest prayer time that week or who will be going to the most extreme location on their summer mission trip.

If you don’t measure up with the “serious” Christians, well, it’s easy to start feeling like no one is taking you seriously. However, that being said, I think the desire we have to be taken seriously can sometimes come from the wrong place.

In the Message Translation, Micah 6:8 says, “And don’t take yourself too seriously—take God seriously.”

I wonder how many people who don’t know Jesus would be more attracted to Him if they saw Christians living out this passage.

Part of Jesus’ Good News to us is that His burden is easy and light. I have seldom met people who really live this out, but when I do, there is one thing they all have in common: They don’t take themselves too seriously. Actually, they’re kind of weird. They laugh a lot. It doesn’t take a lot to impress them, and they are completely in awe of the little stuff. They aren’t waiting for their big break in ministry or culture. They are not comparing themselves to others. They take God seriously, and because of that, they live freely.

So how in the world do you and I get our lives to look that way? How do we avoid taking ourselves too seriously? Here are a few thoughts.

Figure Out What You’re Faking

I usually have one of two motivations for any spiritual activity I take part in. The first is I do it because I genuinely love it and have a God-given passion for it. The other motive is driven by wanting others to take me or my faith more seriously—in other words, living in fear of man.

The second motivation is a dangerous road to walk. Unlike the first motive, you’re operating out of passion that’s God inspired. In the second, you’re operating out of shame, fear or pressure. These situations usually end poorly, leaving you feeling burnt out. You find yourself exhausted, trying to be something you’re not, which is never God’s desire for us. But most of all, you have no fun doing it.

I believe God is a joyful father who wants His kids to enjoy doing what He calls them to do.

People believe people that have fun and actually enjoy what they do. Recently, I was at my local coffee shop, and they were doing a push that morning to sell all of their scones. Now, I didn’t want a scone, I was just in line to get my usual caffeinated pick-me-up of choice. However, when I got to the front of the line, the barista started on a whole pitch about how today was “adopt a scone day!” She animatedly continued telling me a sad story of an orphan scone. Before I knew it, I was walking out with a snack to accompany my coffee. The barista was having so much fun with her job, I just wanted to be a part of it.

If the barista got me to buy a scone I didn’t want just because she was having fun and had a light-hearted approach to her to day-to-day activities, how would the reach and influence of many churches change if Christians had more fun? Even in our personal lives, we would have more influence and open doors with people (especially non-believers) if we were actually taking joy in God and the lives He gave us.

This isn’t to say we should hide the hard parts of faith, but just that it shouldn’t surprise us when people don’t take an interest in our faith when we advertise it completely without joy.

The powerful part about Micah 6:8 is that if we are truly taking God seriously, it results in being able to take the pressure off of ourselves.

Some people are turned off by the Church when they encounter spiritual hype associated it. In contrast, people were drawn to Jesus during His ministry because He seemed like a normal guy. He sat down with people in the grass and had a fish and chips picnic with them. (OK, historically it was bread, but I think Jesus would like fish and chips.)

The point is, He was pretty simple in his approach to relationships. He liked to hang out with fishermen, have real conversations and spend quality time with his friends. It was often the overly religious that butted heads with Him. And if anyone has ever had the right to take themselves way too seriously and demand that of others, it would have been Him. But He doesn’t demand that of anyone.

So let’s be real. We sometimes take ourselves too seriously. We even expect others to see us in this light, and we are wounded when they don’t.

When it comes down to it though, we’ve already been taken seriously. When Jesus died for us, He was taking us very seriously. Somewhere along the way though, that ceases to be enough for us. We have to hype ourselves up to feel like we matter. Sadly, this lifestyle leads to disillusionment and burnout, and it won’t attract many non-believers to Jesus.

So let’s just lay aside all of the hype and take God seriously instead of ourselves. Let yourself off the religious hook just a bit. It will remove the pressure. You’ll be more of who you really are—which is the best way to show Jesus to a hurting world. 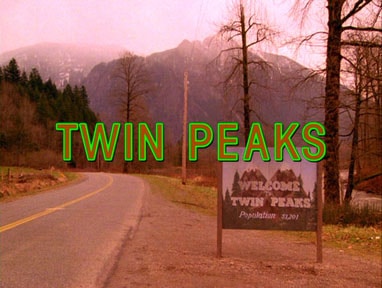 David Lynch Will Be Directing the ‘Twin Peaks’ Reboot, After All