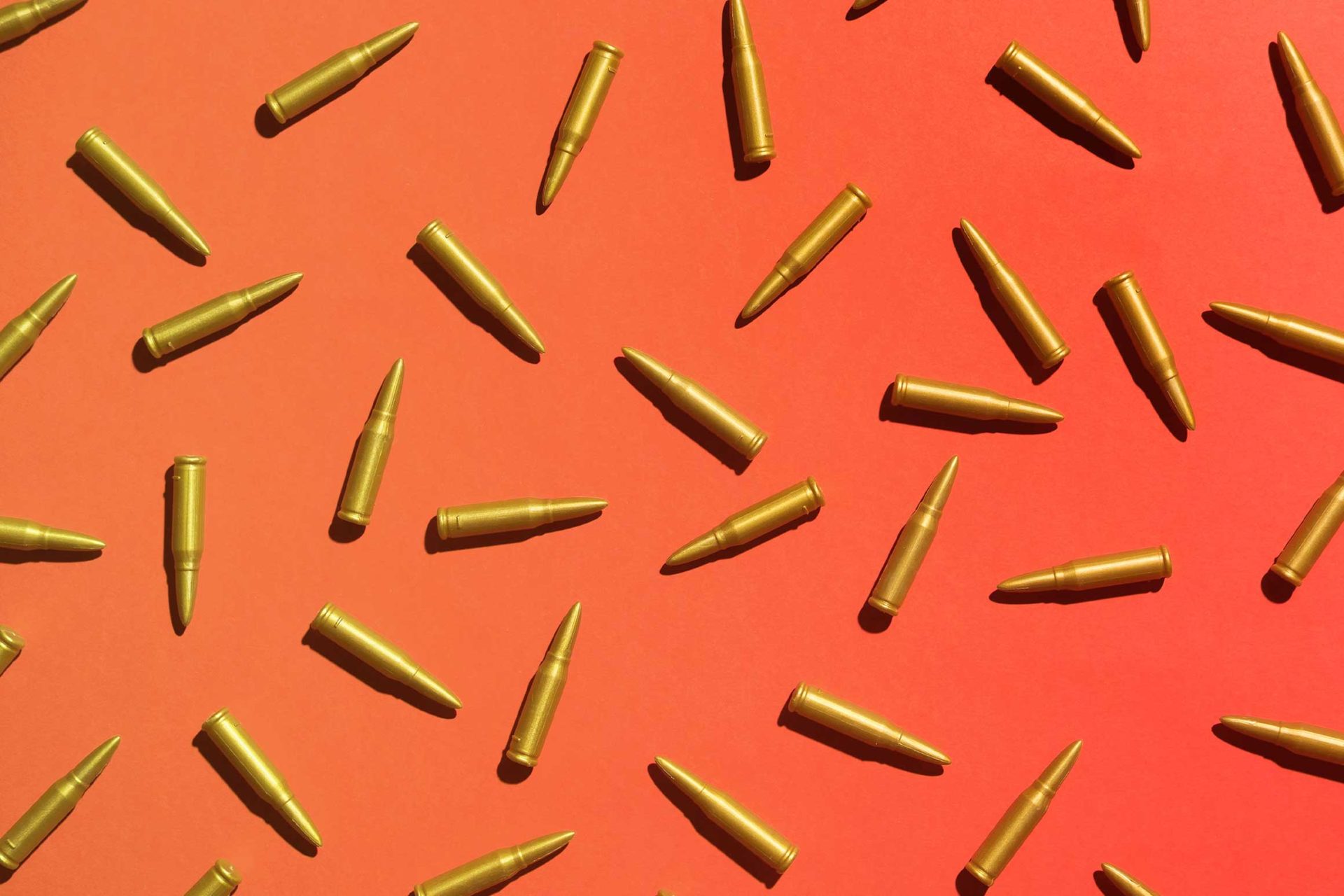 Should the debate about gun control be reframed as a pro-life argument?

At the beginning of the book of Isaiah, there is a prophecy about what will happen “in the last days.” It’s a stirring series of verses.

When God’s coming Kingdom is established, “They will beat their swords into plowshares and their spears into pruning hooks.”

It’s a powerful image: One day, people will take their stockpiles of weapons and turn them into tools used to propel life.

That verse inspired blacksmith Mike Martin to do something radical: Make the prophecy literally come true. He started a group called RAW Tools (“RAW” is “war” spelled backwards), and they have a unique mission: If you send them a gun, they will melt it down, beat it into a usable gardening tool and send it back to you—for free. Martin recently teamed up with his friend and fellow activist Shane Claiborne (co-author of the new book, Beating Guns) to take the gun-converting exercise on the road. What they’ve seen is moving.

Claiborne remembers the mother of a son killed by gun violence. “As she starts beating on this metal, she says, ‘This is for my boy,’” he says. “There wasn’t a dry eye out there. It kind of felt like there was a therapeutic element of this, and there’s an element that transcends all the stale redirect of gun control debates and goes right to the heart of it.”

But with the gun debate, “getting to the heart of it” is increasingly difficult—especially for many Christians.

Today in America, there are more guns than there are people.

Right now, “firearm-related injury” is the second leading cause of death of children in America. It’s right below car accidents, but the gap is closing quickly. Guns kill twice as many American children as cancer. In 2017 alone, guns killed about 40,000 Americans.

Statistically, there is a direct link between guns and death. For Christians who view a pro-life ethic as central to their faith, this should be a reason to discuss gun legislation.

Claiborne says this is what drew him to the issue. “I care about abortion—reducing and eliminating abortion—but I also know that that’s not the only pro-life issue,” he explains.

Many of his fellow Christians don’t really see things that way.

Evangelicals as a whole, a demographic that has become known for its political power, are far more likely than the general population to say they are satisfied with current gun laws or say they want gun laws to be less strict.

The modern Church’s relationship with guns is a complicated one. “We’ve got almost five times as many gun dealers as McDonald’s restaurants,” Claiborne explains. And, he says, many times those guns end up in the hands of people who have violent intentions.

“There are some changes that we can make in our country that might save lives,” he says, referring to common-sense measures like universal background checks.

However, the argument often used by pro-gun advocates echoes that of NRA executive Wayne LaPierre, who famously claimed, “The only thing that stops a bad guy with a gun, is a good guy with a gun.”

In the days following the mass shooting at Sutherland Springs Church that left 26 people dead, another church in Texas issued a statement. First Baptist Church of Dallas is one of the state’s oldest and largest churches. Appearing on Fox and Friends, Pastor Robert Jeffress claimed that smaller churches like Sutherland Springs were “more of a target” because at his church, “a quarter-to-half” of the thousands of congregants bring their guns every Sunday.

For pastors like Jeffress, the lesson wasn’t that America needs more effective gun legislation—it’s that in order to stop innocent Christians from being killed, churches need more well-armed Christians.

In firearm-enthusiast circles, John Correia is a genuine celebrity. His YouTube channel, Active Self Protection, has more than 1.3 million subscribers, and his videos, which aim to “train people in armed and unarmed self-defense” have been viewed more than a half a billion times. He’s a professional firearms instructor and has even run workshops for the NRA.

But before he became one of the world’s most well-known gun experts, Correia was in ministry. He was a pastor for 15 years, holds a master’s in divinity and has taught Bible courses at seminary.

For Correia, guns aren’t about taking life. They are about protecting it.

“I tell people all of the time, ‘I am a person of peace, and I seek to bring the Kingdom of God wherever I go, but as a bearer of the image of God, I have the right to stop someone from hurting me,’” he explains.

Correia is a staunch supporter of gun rights, and flatly doesn’t believe there are policy solutions to ending gun violence like limiting access to firearms or the accessories that make them more lethal or even implementing universal background checks. His reason, he says, isn’t ideological. He simply believes these measures won’t reduce violence.

Instead, he believes that Christians should support measures being taken within the gun industry itself. When we talked with Correia, he was at Las Vegas’ SHOT (Shooting, Hunting, and Outdoor Trade) Show, one of the industry’s biggest annual events. In recent years, suicide prevention has become a major emphasis. They’ve offered seminars put on by the American Foundation for Suicide Prevention to the thousands of exhibitors so the people actually selling firearms to the public could receive training to help spot warning signs and know what resources are available to help people in crisis.

“I don’t want to worry about this category that people talk about, quote-unquote, ‘gun violence,’” he says. “I am more interested in removing the qualifier, for us to solve the violence problem in America, regardless of its vector, and regardless of its tool.”

There are dozens of stories in the Bible that can be used to justify either major position on guns. The Old Testament is full of tales of God’s people using violence as a way of conquering unrighteousness and injustice. But in the New Testament, with the arrival of Jesus, things change.

In perhaps His most well-known sermon, Jesus explains that He has come to challenge traditional understandings of violence and retributive justice.

He says, “You have heard that it was said, ‘Eye for eye, and tooth for tooth.’ But I tell you, do not resist an evil person. If anyone slaps you on the right cheek, turn to them the other cheek also.”

So, when it comes to the Bible’s sometimes conflicted message on violence—and using violence as a deterrent for evil—what does Jesus actually teach?

During the Last Supper, the meal Jesus had with His disciples before He would be apprehended by armed soldiers to be tortured to death, Jesus ended the meal by saying this: “But now if you have a purse, take it, and also a bag; and if you don’t have a sword, sell your cloak and buy one. It is written: ‘And he was numbered with the transgressors.’”

In reply, the disciples told Him, “See, Lord, here are two swords.” The last thing that the Bible says Jesus said at the meal were the words, “That’s enough!”

For many pro-gun advocates like Correia, the story is an example of Jesus seeing the need to be armed when bringing the Gospel in dangerous places.

However, Claiborne sees it differently.

“What I think Jesus was doing is kind of airing the dirty laundry,” he explains. Claiborne suggests that is what it means “to be numbered with the transgressors.”

“This was not a holy thing,” he argues. He points to what happens next to underscore his point. When a man comes to lead Jesus to his death, Peter pulls out one of those swords, swings it at the man’s head and cuts off his ear in a gruesome scene. Jesus immediately heals the man, yelling, “No more of this!” to the disciples.

Claiborne suggests this is the point Jesus was trying to make: “He says if you pick up the sword, you’ll die by the sword,” he says. “The early Christians interpret that as the most incredible disarming of every one of us. They said when Jesus disarmed Peter, He disarmed every Christian. Because if ever there was a case for ‘stand your ground’ or protecting the innocent, he had the strongest case in the world, and yet Jesus shows us that violence is not the solution.”

So, when it comes to effectively addressing gun violence, is there a solution everyone can agree on?

The first step in finding a solution is admitting that gun violence is a problem Christians must address. That’s why Claiborne and Martin have taken their guns-to-tools demonstrations on the road—to provide a powerful example of what the Bible looks like if you take it literally. They also hope that it will lead to change.

“I think this is a spiritual and moral crisis, it’s also a public health crisis,” Claiborne says.

For Claiborne, it means finding a balance between identifying the spiritual and moral elements of the crisis—which is undisputedly a role the Church should have—as well as finding “common-sense” legislative measures to protect the public.

“If we made guns illegal across the board, people would still kill folks,” Claiborne says. “There are people that will say, ‘It’s not a gun issue, it’s a heart issue, or a sin issue,’ and what Mike and I are saying is, ‘Why can’t it be both?’ God heals hearts and people change laws, so let’s see what we can do to save lives in this country.”

Though Correia may disagree with Claiborne and other advocates for gun control measures, he says that the debate must become less politically toxic, especially for Christians: “We have to be first and foremost citizens of the Kingdom of God,” he says. “My primary identity is as an ambassador of the one true king, not as a proponent for firearm rights.”

The concept that we are to bring about a Kingdom—one where swords will be turned into plowshares—is one Correia is looking forward to, even if it means he’ll be out of work. “In God’s coming kingdom, when the lion lies down with the lamb,” he says jokingly, “I will have to cross-train, because my job will no longer be needed.”

But until that day, Christians must educate themselves on the scope of the problem, and prayerfully decide what they think the solutions are.

This winter, former Rep. Gabby Giffords—a victim of horrific gun violence herself—visited Congress to encourage lawmakers to take up new legislation that would help widely expand background checks that would be performed before a gun could be legally purchased.

It’s a small first step, but one that could lead to more, expansive legislation—like restrictions on the number of bullets a magazine can hold and accessories that make guns shoot more rapidly and be more lethal—that some say could eventually go a long way in combating violence.

In her speech to lawmakers, Giffords said, “Now is the time to come together, Democrats and Republicans. Be bold. Be courageous. The nation is counting on you.”

Those final words could also serve as a call not just to legislators, but also to Christians on both sides of the debate: Be bold. Be courageous.

The nation is counting on us. 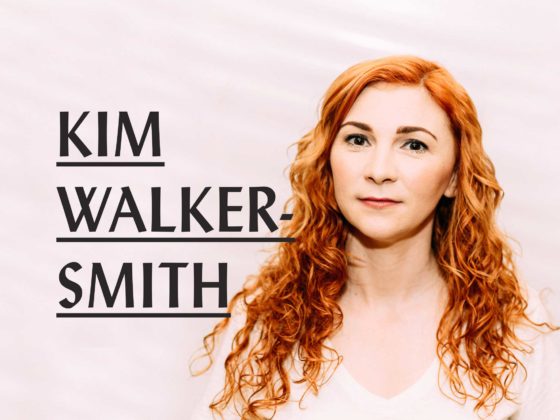 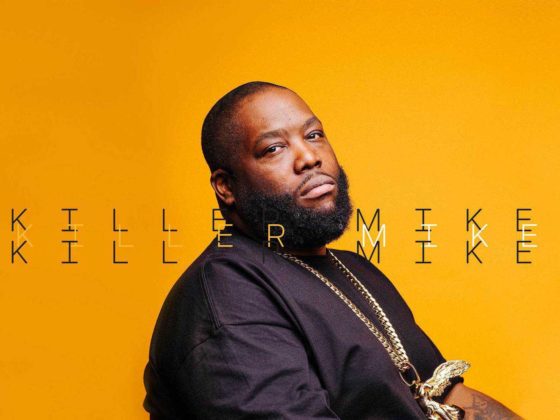