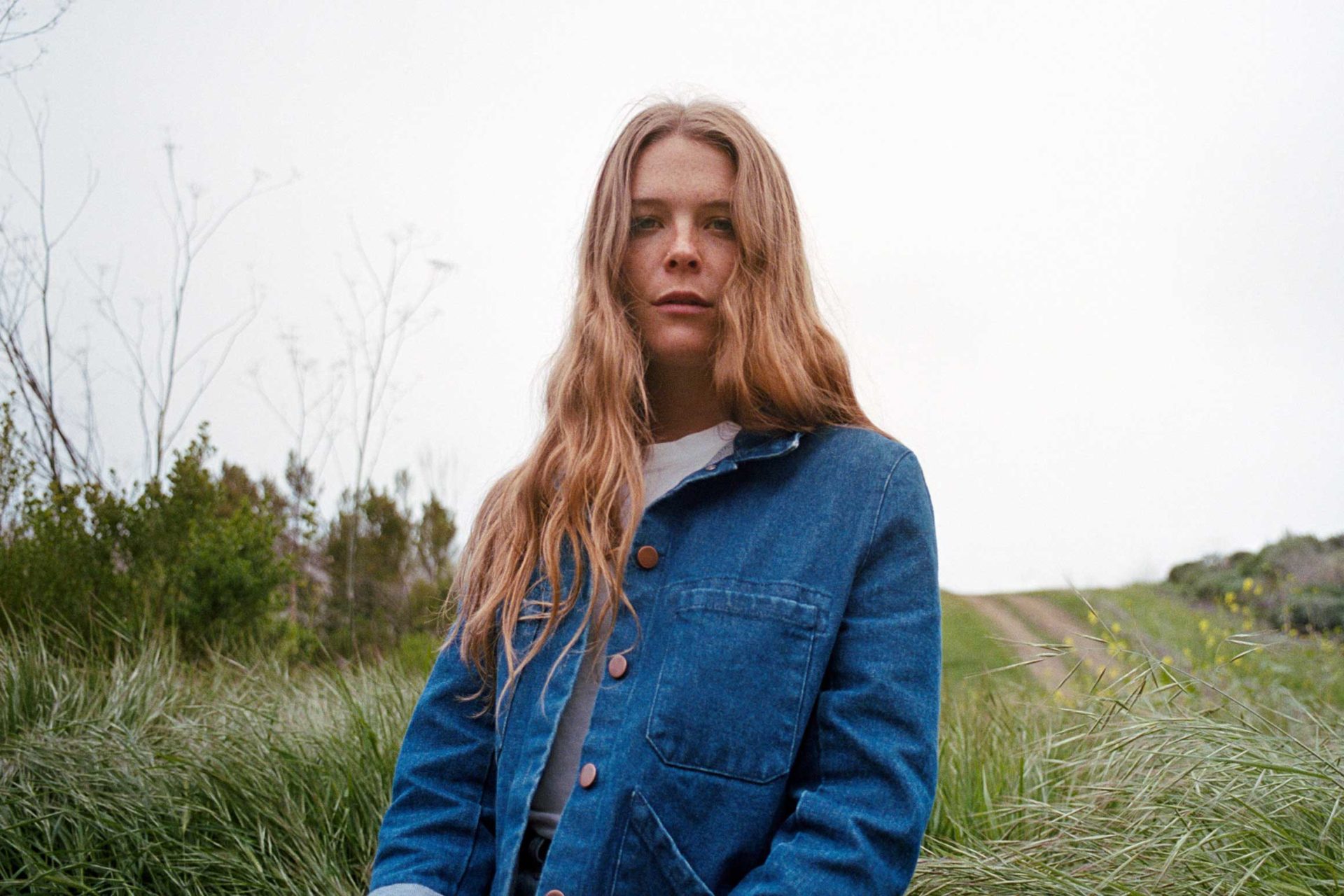 In an industry built on artifice, inflation and influence, the ascendant indie-pop star is as real as it gets.

Is it hard to be a young, successful musician? It’s difficult for those outside of that orbit to know for sure.

On one hand, it looks great. You get paid to do what you love, making fans happy by creating music you believe in. On the other hand, there are plenty of examples of the hardships of art—the struggle to create authentically while surviving the toxic nature of the industry.

2018’s A Star Is Born milked a whole critically beloved movie out of just that premise. “Don’t kid yourself,” the movie seemed to warn. “Success in this industry isn’t as easy as it looks.”

But Maggie Rogers doesn’t see it that way. Of course, you almost have to say that in interviews, but in her case it feels shockingly genuine. She talks about her life as a critically beloved singer-songwriter and freshly minted indie star with relish, delighted that her years of work are starting to pay off with the release of Heard It in a Past Life.

“It’s been so amazing,” she says. “I feel like I’m taking a big breath. Like I’ve kind of come up for air and can enjoy it all.”

There’s a lot to enjoy. Her album debuted at No. 2 on the Billboard 200 and landed the top spot on the alternative charts, netting rave reviews and thrilling her legions of fans.

Heard It in a Past Life is Rogers’ major label debut and her first album since she famously wowed Pharrell Williams by playing an early version of her hit single “Alaska” for him (Google the video if you haven’t seen it. You won’t be disappointed.).

It took a couple of years from her exploding into the mainstream consciousness for the album to come together in a way Rogers was happy with.

“I took the time I needed to make a record I love and that I’m really proud of. I think whatever you’re working on, that’s the thing that matters most, you know?” she says. “That you love what you’re doing. This thing I love is finally out in the world.”

But isn’t it hard? The struggle of art? The pressure of the industry? The challenge of making something that really speaks to this time and place without compromising its commercial appeal?

“Records, for me, have always been a record of a period in time,” Rogers says. “So I made this record and I’m so proud of it and in love with it. And then I’m gonna make another one. It doesn’t feel like it has to be super complicated.”

Rogers’ sense of pride and satisfaction about what she does shouldn’t be mistaken for breeziness. She stresses that music is her art—something she’s been studying and working on for over a decade. She says she didn’t feel a ton of pressure about the album, but she did take time to figure out what she wanted to say, and how to best apply her talents to saying it in a way she felt good about.

“I love doing music, and it’s what I’ve always loved doing,” she says. “I went to school to study it. I have spent every moment of my waking life, essentially, trying to be the best at this that I can and I love the work that I do. This is definitely something I’ve been working for and in so many ways, [is] the dream.”

If I tell you the whole truth, then there’s nothing you can do to hurt me.

Maybe this is what sets Rogers apart from many of her long-suffering peers: the prioritization of the reward over the work—the top of the mountain over the climb. Rogers is a hard worker who’s put substantially more hours into honing her craft than many of her peers. And she’s proud of the result.

“I think if you’re not having fun, then it’s not worth it,” she says. “Music makes me happier than anything else in the entire world.”

“I’ve often come to describe my job as being vulnerable for sport,” Rogers says.

For her, music is therapeutic. “I’ve always used music as a form of self-care. It’s my way of understanding the world around me,” she says. “I think that’s what I’ve learned over the last couple of years is really how to let go, and in the process I’ve really grown into my voice in a different way. I’m singing right now in a way that I never have and didn’t know was possible. I feel like I’m finding myself through a new way, and I’m excited to let it keep unfolding.”

That spirit bleeds over to the community of fans who’ve fallen in love with both her studio albums and her mesmerizing live shows. “I’ve been thinking a lot about performing recently,” she explains. “I think that a great performer gives the audience permission to let go and that’s one of the reasons I always loved going to shows. Letting go for a little while and being in this place with a bunch of other people.”

That “letting go” isn’t a one-way street, Rogers says. She can set the table, but she says the people who come to her shows give her freedom to be authentic, and she gives it back to them. It’s a conversation: a spirit of vulnerability that’s fostered and fueled on both sides of the stage.

“I really feel incredibly held and supported by my audience,” she says. “I think as much as we’re talking about making space to be vulnerable and performers giving their audience permission, I think my audience also holds such incredible space for me to be vulnerable. I feel really protected in that.”

Vulnerability is a gift, and it comes naturally to Rogers. You can hear it in her music, when she sings about love, restlessness and the creative impulse. You can see it on stage, when she performs with abandon, proving that the secret to dancing like nobody’s watching is to dance like you know everyone is, and just choose not to care. She is, to an astonishing degree, herself. It’s striking to encounter it, not that she sees it that way in the least.

“The thing that people say to me all the time is like, ‘You’re so authentic!’” she says. “And that seems like such a dumb compliment. I’ll take it, but what you’re essentially saying is ‘You’re so you!’ But, like, who the f*** else did you expect me to be?”

This is Rogers’ charm: walking a fine line with so much ease you could be forgiven for thinking it takes no effort at all. She’s carefree, but intensely dedicated. She’s gracious, but firm. She gives everything she’s got to her fans because they give everything they’ve got to her. Maybe she’s a mass of contradictions. Or maybe this is what it means to be an authentic person in 2019. You’ve got to live in the tension.

“I have this mindset of, ‘If I tell you the whole truth, then there’s nothing you can do to hurt me,’” she says. “And I think that I carry that into my music. Just saying, ‘Here are all the things I feel, and I’m sure they’ll change. Maybe you feel some of the same things. If you don’t, that’s cool. This is where I stand.’” 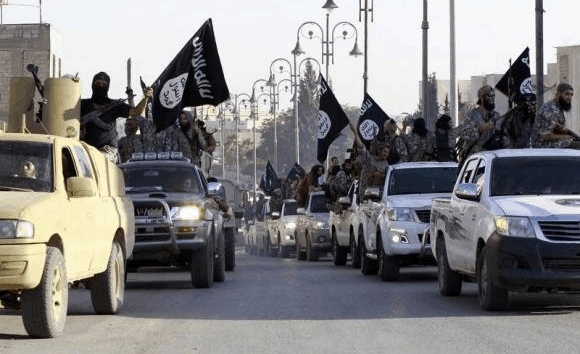 Report: ISIS Just Kidnapped a Group of at Least 90 Christians, Including Children 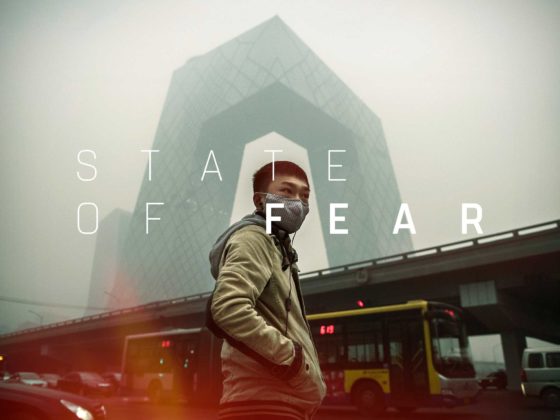